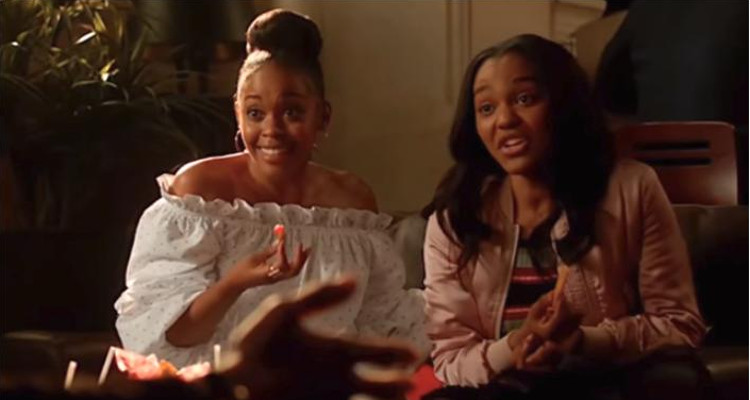 DC’s Black Lightning is more than just a vigilante. The metahuman who can harness electricity and use it to destroy his opponent, comes with a very calm and collective mind. Black Lightning’s daughters’ powers are a gift from him. If you want to know more about Black Lightning’s powers, we have the details.

Anissa and Jennifer Pierce are Jefferson Pierce’s daughters. If you tuned into the CW’s premiere, you know that Black Lightning gave up his mask and crime-fighting days after seeing how it broke his family up. As the show goes on, we will see more about his daughters and the powers they inherited from their father. Check out more facts about Thunder and Lightning right here.

Jefferson Pierce’s oldest daughter goes by the alias Thunder. In the comics, he did not allow his daughter to start fighting crime, and made her promise to finish school, study hard, and graduate before putting on a costume.

Anissa agreed to her father’s terms, and the very night she graduated, put on her costume to become Thunder.

Thunder is a one-of-a-kind superhero, who has the ability to control her body density, which essentially makes her bulletproof.

In addition to being able to withstand attacks, she can also create massive shock waves by stomping her feet.

⚡⚡A Shockingly great show.⚡⚡ • #blacklightning Spoiler Alert • it has alittle bit of everthing. A strong black man with family values. A rebellious daughter that keeps funding trouble. a city over run with crime needing a symbol to belive in. Gang member villains that dont give a [email protected]$k. and … well.. i guess an Alfred??? ?? I really enjoy the product they put out tonight. They didn't cut any corners and right away made you emotionally invested. Its Just a great show amd im hooked on black lightning. @cw_blacklightning #superheros #epic @nafessawilliams #thunder. #cw #cosplay #blacklightning #blackgirlmagic #dccomics #comiccon #marvel #dccomic #flash #sdcc

Jennifer Pierce is Black Lightning’s youngest daughter. In the comics, just like her sister, she is forbidden by her father to fight crime until she graduates. She inherits a metagene from her father that gives her similar traits.

Lightning and Black Lightning’s powers are identical; she can also generate an electrical field, and even possesses the ability to absorb electricity.

Just like some versions of Black Lightning, part of Jennifer’s Lightning powers is the ability to fly.

On the show, Jefferson Piece is a retired superhero, now back in action after his daughters are kidnapped. Though not all of the details surrounding his powers have been revealed, the comics show him harnessing electricity, and shooting bolts of lightning.

In the comics, Jefferson Pierce’s story begins at the Suicide Slum, where he lived with his parents. It was said that the only way to leave it by killing yourself.

Tragedy struck the Pierce family when Jefferson’s father was killed. He and his widowed mother struggled to make a living, and a month after the incident, an Italian tailor named Peter Gambi opened a shop beneath their apartment.

Gambi soon becomes a father figure to Jefferson. He ends up teaching the child to control his powers to prevent him from harming anyone.

Jefferson was always an athletic person, and won gold at the Olympics. With the attention came scholarships. He majored in English and graduated with a teaching degree. He married Lynn Stewart and had two daughters.

Black Lightning’s powers were first enabled by a belt that created a force field which he could manipulate. As the comics went on, he since learned to internalize the power.

In addition, he has superhuman strength, telekinesis, magnetic manipulation, and electrical healing.

A storm is brewing. #BlackLightning premieres TOMORROW at 9/8c on The CW!