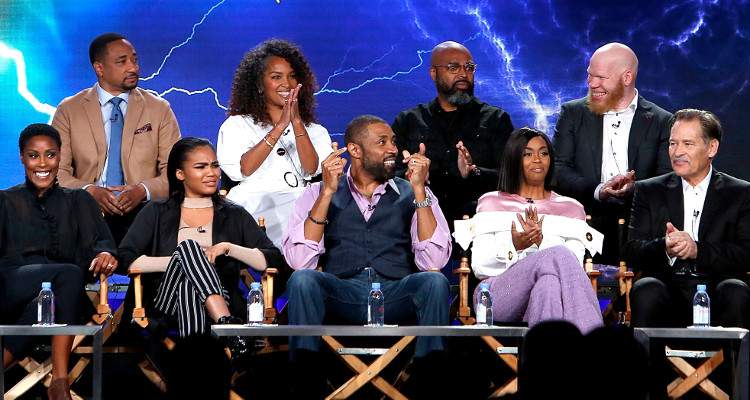 DC fans are in for yet another super-treat with CW’s latest project based on the fictional character, Black Lightning. In true Greg Berlanti fashion, he made the first African-American lead in the CW-DC empire an absolute delight to watch! If you are wondering who the Black Lightning cast is, then you came to the right place!

Greg Berlanti gave us The Flash, Arrow, and Supergirl, and now, he impressed us all with his take on Black Lighting, a fortified high school principal whose real name is Jefferson Pierce. The story behind the mask of the electrical bolt-wielding crusader is very interesting and Cress Williams, who plays the superhero, did full justice to this role! Find out more about Black Lightning season 1 and its cast, right here 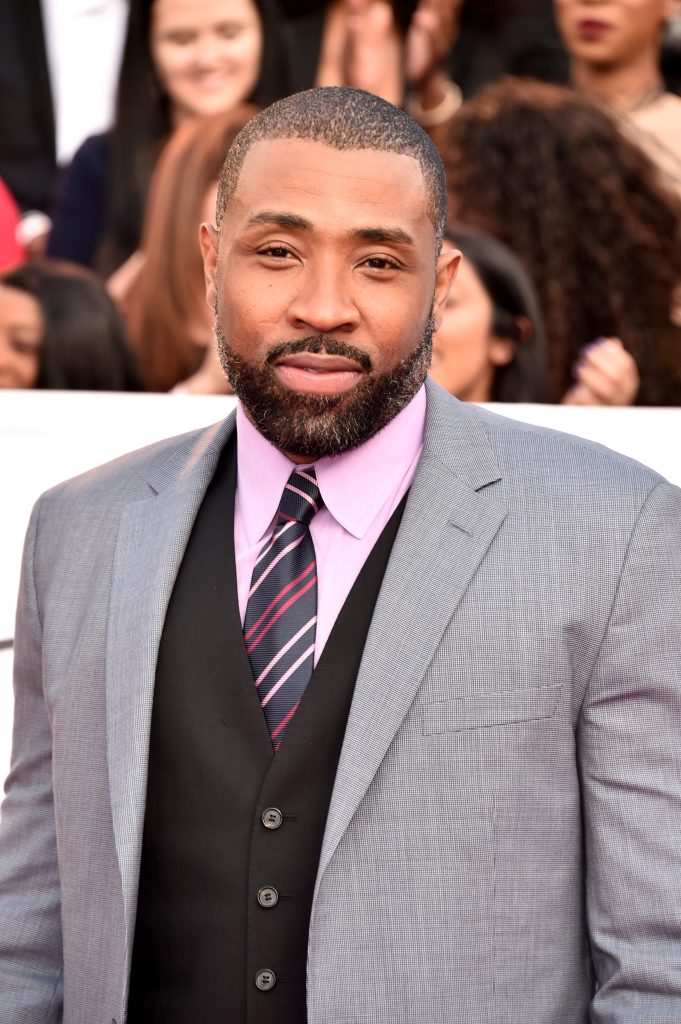 Cress Williams was born on July 26, 1970, making his age 47. He was born in Baden-Württemberg, Germany, to American parents, but went to UCLA and Fullerton College in the USA.

You may recognize Williams from his work in projects like Star Trek, where he played the first ever role of a Jem’Hadar leader, Talak’talan. He also acted in the Fullerton College production of Shakespeare’s Othello and was seen in small roles on shows like Beverly Hills 90210, NYPD Blue, and Grey’s Anatomy, to name a few.

Williams has been married to Kristin Torrianni from Hart of Dixie for over four years now.

The 6’4” actor bagged the role of DC superhero Black Lightning, a metahuman who gets a normal job as the principal of Garfield High School. Black Lightning can harness electricity and use lightning bolts to kill his enemies if he wants to. In the comics, Black Lightning usually uses his powers on a low range, but if he finds himself in a situation, then he can turn into electricity himself! 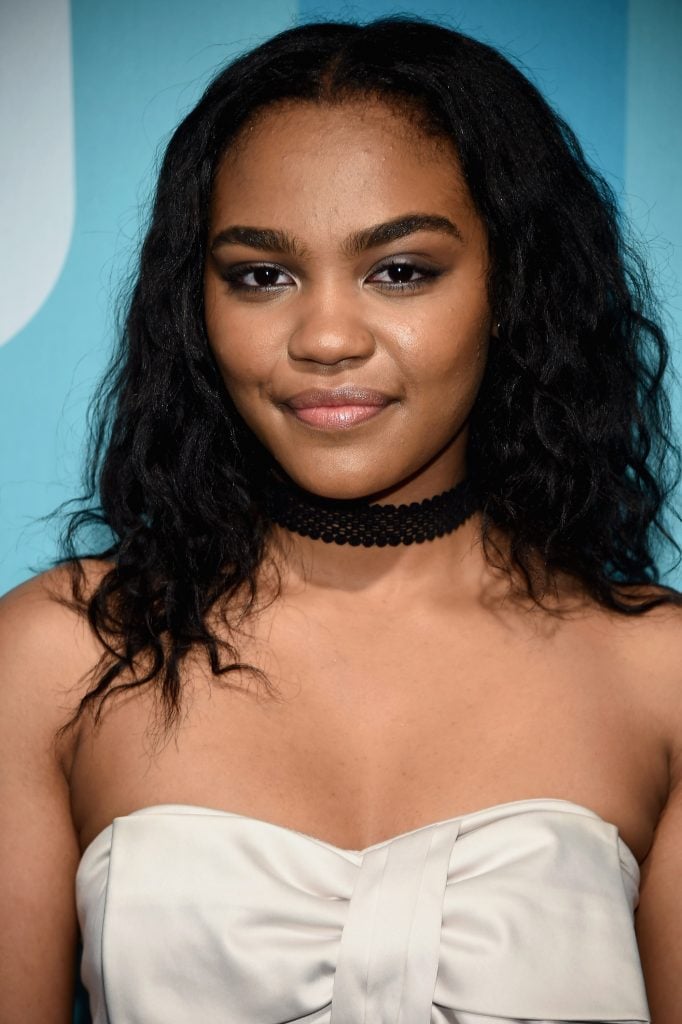 China Anne McClain was born on August 25, 1998, making her age 19. The teenager is well-recognized for her role in Grown Ups, alongside co-stars Adam Sandler and Chris Rock.

She was born and raised in Atlanta, Georgia, and both her parents are in the music industry. McClain’s father, Michael is a music producer and her mother, Shontell is a songwriter.

Her first role was in The Gospel (2005), and she bagged the role after music executive, Rob Hardy discovered the young girl with the smooth voice.

McClain plays the role of Jennifer Pierce, Black Lightning’s younger daughter. The role demands McClain to be an outspoken girl, who is not afraid to express her opinions, which could be troublesome at times.

Like her father, McClain’s character has some powers, too. But fans will have to wait and see what she can do with the wild streak she possesses! 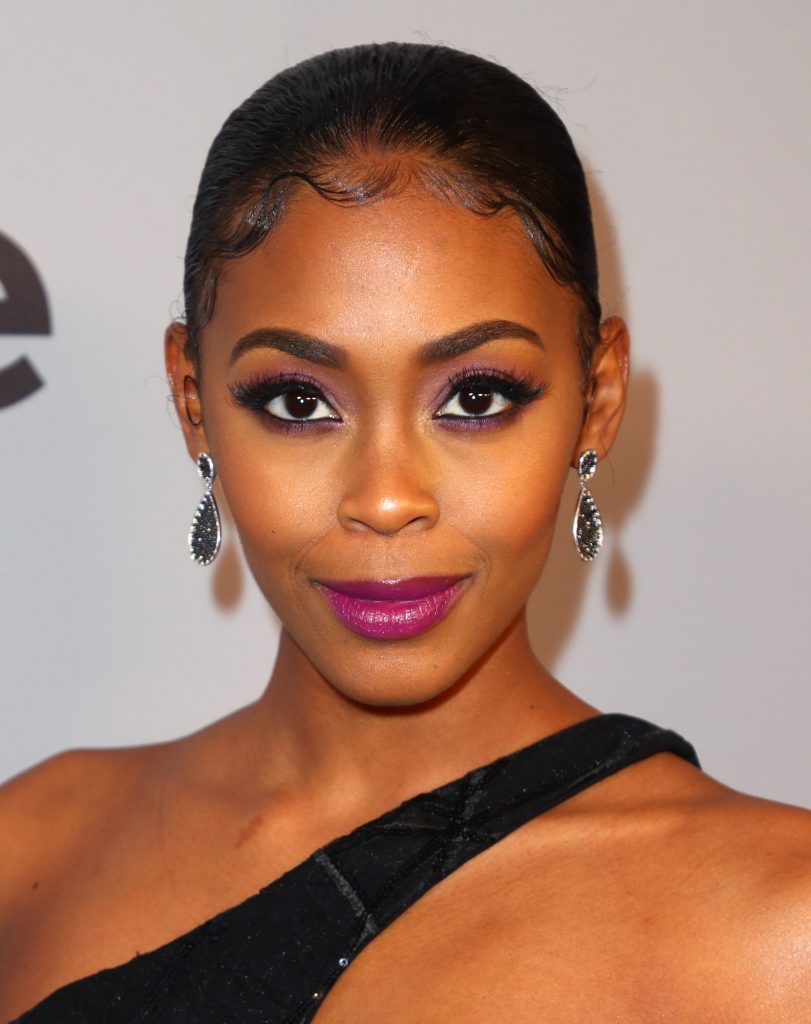 She is a fashion lover and her Instagram account is a testimony to that. On the show, her character is also a metahuman like her father and younger sister. DC Comics gave Thunder the ability to increase her physical density (which basically makes her bulletproof) and she can create shockwaves with her feet. Thunder is a lesbian African-American superhero; her modern take on the superhero is what appealed to fans. 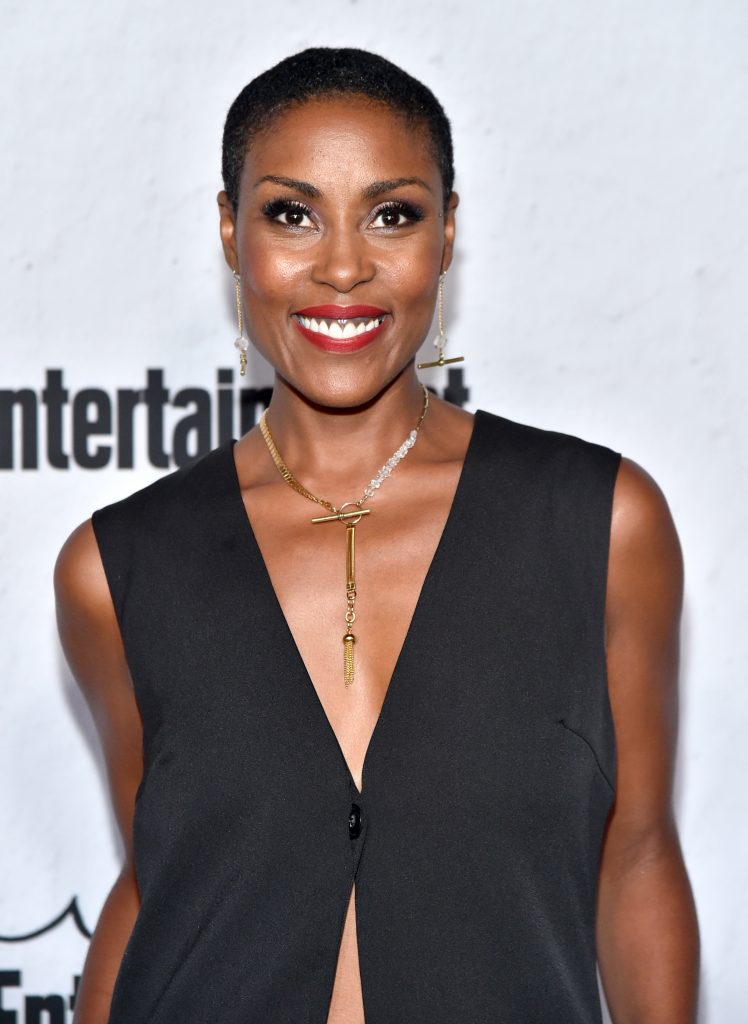 Christine Adams was born on August 15, 1974, making her age 43. You can recognize Adams from her roles in Doctor Who, Pushing Daisies, My Family, and more recently, in Agents of S.H.I.E.L.D.

Adams currently lives in Los Angeles with her husband and their daughter.

In Black Lightning, she plays Lynn Pierce, Jefferson Pierce’s ex-wife and mother to Anissa and Jennifer. Adams feels that Lynn Pierce is the “glue that holds the family together.” She has not been described to have any superpowers, but she will stand by her electrifying family to make sure everyone is in it together! 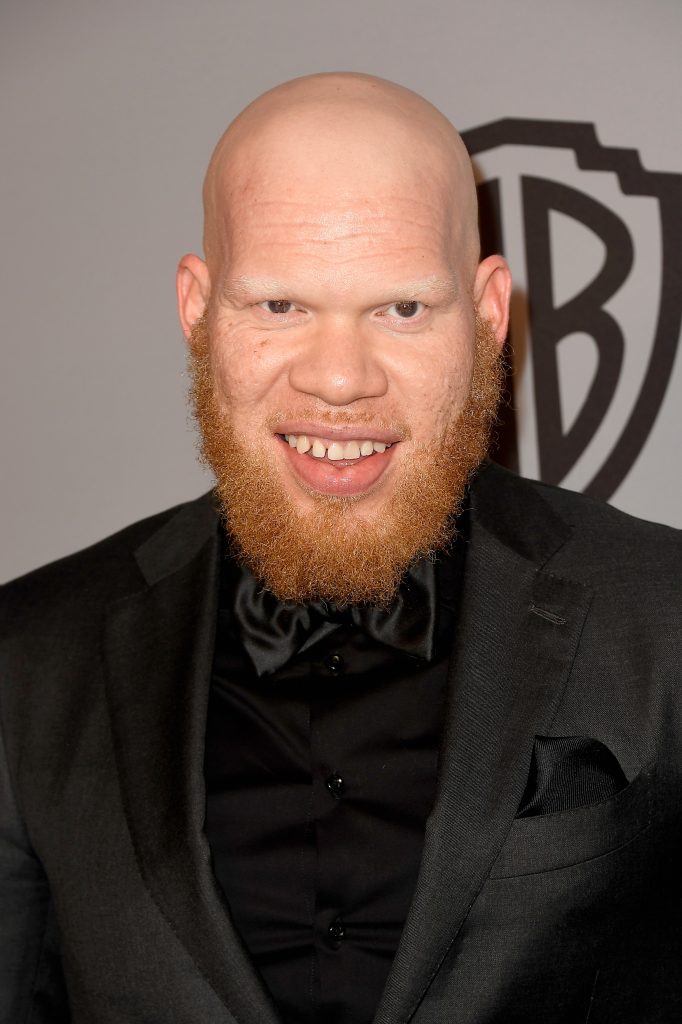 The powerful character of Tobias Whale is played by Marvin Jones III. Whale is the character that faces off against Black Lightning and is an African-American with albinism. Whale is a former politician, who rises to power through corruption but is exposed by Alvin Pierce, Jefferson Pierce’s father.

Whale kills Alvin after which he is exiled, and he becomes the head of The 100 Gang.

Jones was very excited to bag the role of Tobias Whale, and producer Salim Akil has only praises for Jones. “His authentic street sensibility along with an insightful intelligence is perfect for the Tobias character arc. Not to mention his regal physical bearing will be additive to making our show exciting and different,” Akil said. 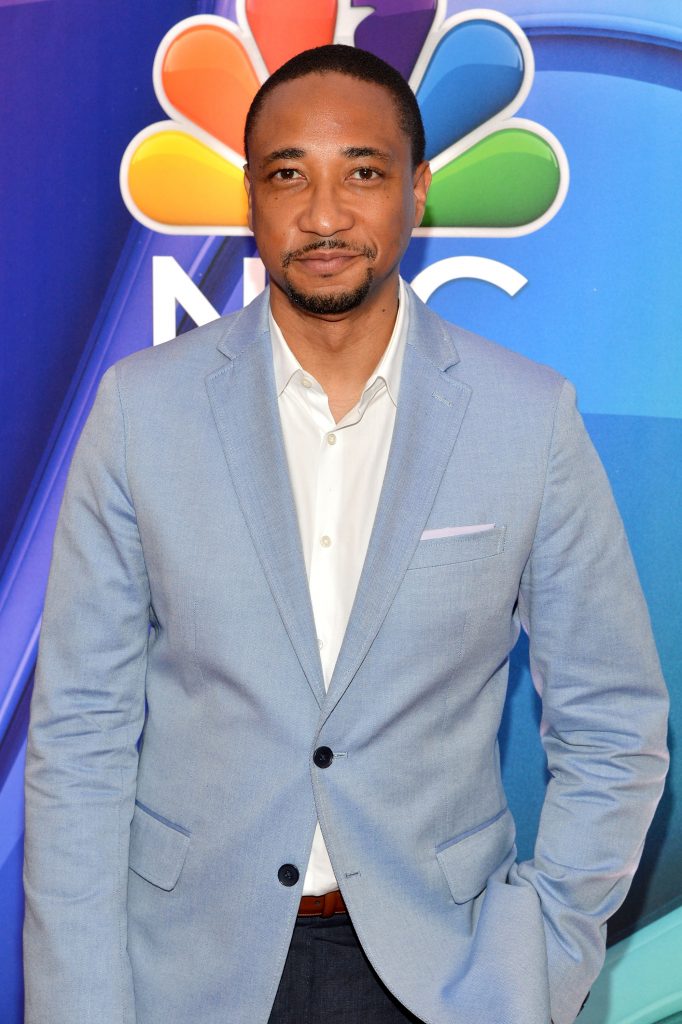 Damon Gupton was born on January 4, 1973, making his age 45. He was born and raised in Michigan and graduated from the University of Michigan with a degree in Music Education.

You might know Gupton from his roles in Deadline, Suits, Criminal Minds, and Bates Motel. He plays the role of Inspector William Henderson, who is a veteran detective with the police. You can also see the character in Superman, but in Black Lightning, you will see him as a more prominent character. 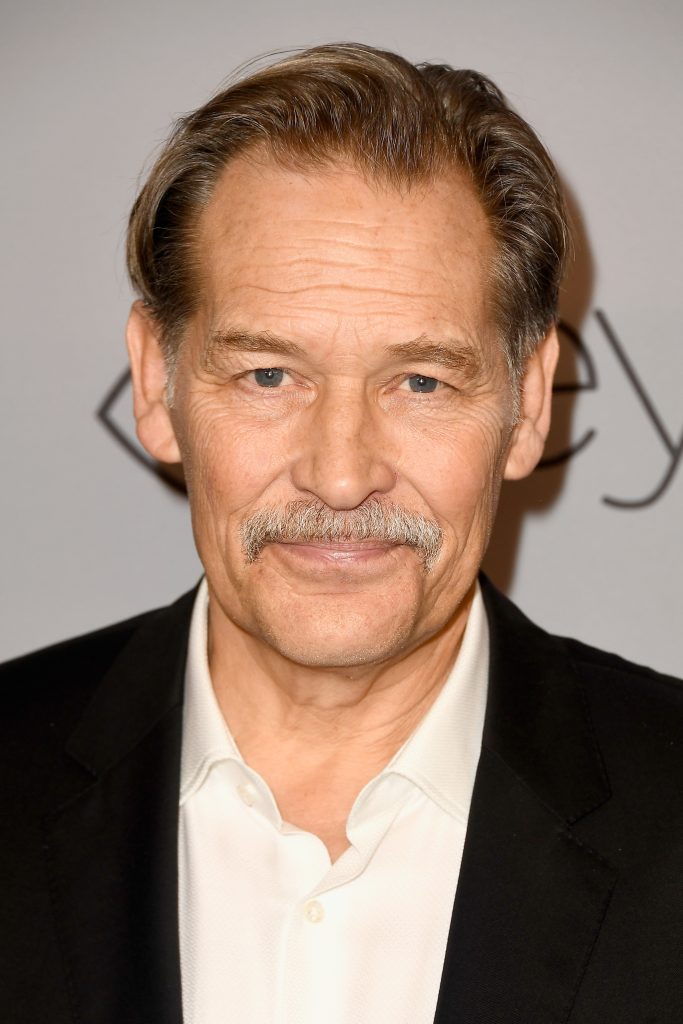 James Remar was born on December 31, 1953, making his age 64. He was born and raised in Boston, Massachusetts, and is a voice actor, too. You can recognize Remar from his roles in The Warriors, Sex and the City, and more recently, Dexter and La La Land.

He plays the role of Peter Gambi in Black Lightning, who is the closest friend Jefferson Pierce has. Since Pierce lost his father, Gambi becomes a father figure to the superhero and stays close to him. You can say he’s like the Alfred to Pierce’s Batman.