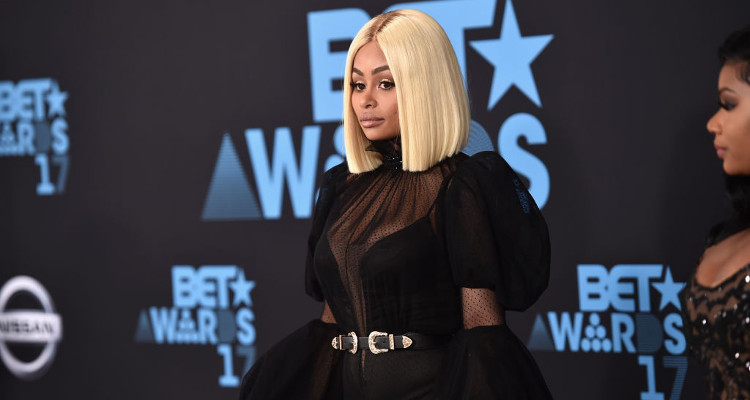 Keeping up with the Kardashians just took a whole new twist. The famous family’s brother, Rob Kardashian took his beef with the now ex, Blac Chyna to another level with an online rant.

Blac Chyna and a horde of Kardashian followers are very disgusted by Rob Kardashian. The on-again-off-again couple’s feud has been all over social media for a long time. But Rob took it too far by posting explicit pictures of his ex. Rob exposed Chyna’s alleged affairs online in an explosive manner. Accusations from both sides keep coming making this Rob and Chyna social media spat perhaps the worst one so far. To get the lowdown on the Blac Chyna and Rob Kardashian beef, take a look at Blac Chyna’s wiki right here.

Blac Chyna was born Angela Renée White to Eric Holland and Shalana Jones-Hunter who now goes by the name, Tokyo Toni. She started as a stripper under a stage name. Chyna later began urban modeling under the name “Cream” and then Blac Chyna and appeared in magazines like Dimepiece, Straight Stuntin’, and Black Men’s Magazine. When Drake name-dropped Chyna in his video for “Miss Me,” she gained some attention.

She worked as Nicki Minaj’s stunt double in a couple of videos and quickly became known as a video vixen. She also appeared in Tyga’s “Rack City” video after which she started dating the rapper.

Chyna has shown she could be more business-savvy than the Kardashians. She enrolled in a professional makeup artist school in 2013 becoming a certified makeup artist. Chyna launched her brand, 88fin that same year, which was an online boutique selling clothing and other products. She followed it with Lashed, a line of adhesive fake eyelashes.

She expanded the success of Lashed by starting a beauty bar in Los Angeles where she offered makeup courses. Lashed Bar became a chain of salons in California that offered everything from eyelash extensions to eyebrow tinting and a lot more.

Her line of emojis called “Chymoji,” endorsements, appearances, and a new reality star status have added to her wealth. Blac Chyna has a net worth of $4.0 million which is step-up from the $1.5 million she had made before she entered the Kardashian circle.

A Tumultuous History with the Kardashians

Chyna’s relationship with reality TV’s first family has been rife with ups and downs. She was a good friend of Kim Kardashian, but they reportedly drifted apart when Chyna dated Tyga. They met at Chris Brown’s F.A.M.E. Tour after party, and she starred in his music video. Their son, King Cairo Stevenson was born in 2012.

The Lashed entrepreneur was one of the guests at Kim Kardashian and Kanye West’s wedding, but they had a falling out again. This worsened when Chyna and Tyga broke up, and he began dating Kylie Jenner. Accusations flew that he romanced the youngest Jenner while he was still with Chyna.

Jenner and Chyna became infamous enemies when it was revealed that the latter was dating Rob Kardashian. The family eventually came to terms seeing that Chyna was a positive influence in Rob’s life.

Chyna was accepted into the Kardashian fold when she and Rob declared that they were engaged. After Dream Kardashian was born, Chyna was further interested in cementing her status as a Kardashian and applied to have her name changed to Angela Renée Kardashian. However, Kim, Khloe, and Kourtney, who trademarked the “Kardashian” brand, filed a lawsuit preventing her from using the Kardashian name.

Rob and Chyna’s Ups and Downs

No one knows when exactly Chyna’s friendship with the Kardashian clan began before dating Rob. A mysterious Instagram post by Chyna led to speculation that they are dating. Soon after they went public with their relationship, the family accepted her when she helped Rob battle his weight issues and diabetes.

During their relationship, Rob would display erratic social media behavior, purging his accounts or posting explosive tweets. Chyna, on the other hand, packed the PDA with racy pictures of them. There were moments where they displayed their dirty laundry online by fighting on social media.

Their engagement and Chyna’s pregnancy prompted E! to greenlight Rob’s very first spin-off show Rob and Chyna that followed their journey to the aisle and the days following Dream’s birth. Chyna got a hefty paycheck to let cameras film her giving birth to Dream.

When Dream Kardashian was a month old, things took a horrible turn. In December last year, Rob posted pictures of empty rooms and stated that Chyna had taken her things and Dream along with her and left. He shared memes making fun of himself while claiming she won’t let him see their daughter. Screenshots of Chyna’s hacked Instagram account, apparently insulting Rob and the Kardashians also surfaced. When Mama Kris tried to intervene, Rob and Chyna got back together on New Years.

Back Again? Not Quite…

ChyRo separated as soon as they got back together. Chyna was seemingly frustrated with Rob’s insecurities. However, they remained cordial in public as Dream’s parents sparked speculation that they were back together.

Rob and Chyna were both spotted with new flames. There were all kinds of speculations until Rob went online ranting against his now ex. On July 5, he posted graphic pictures of Chyna laden with expletives and insults. The pictures were so explicit that Instagram deleted his account. So he took his rant to Twitter where he posted a video of Chyna kissing her mystery boyfriend on the 4th of July.

He accused her of cheating on him with two other men and claims she’s an unfit mother who indulges in drug abuse. Chyna responded with accusations saying Rob was abusive to her during their relationship. Now, this is a legal battle. How this unfolds remains to be seen. But Rob Kardashian could be facing charges for posting explicit content without Chyna’s consent.