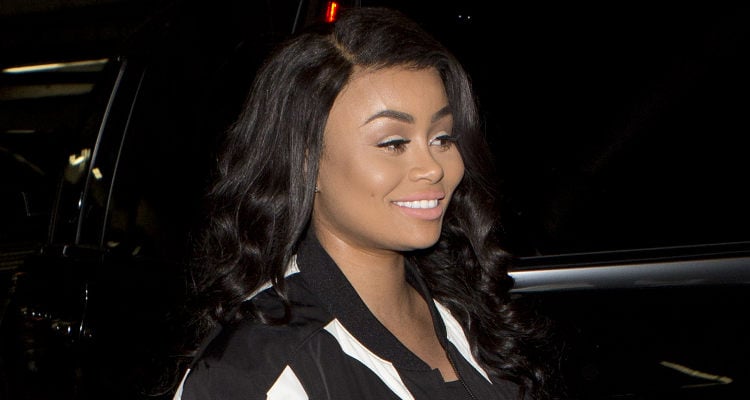 Blac Chyna seems to be following Kim Kardashian’s footsteps. Earlier, it was the reality television show Rob & Chyna and now it is the emojis. Blac Chyna has also released her own sets of emojis, known as ‘Chymojis’. Although, she informed Kim Kardashian about her decision, the whole Kardashian clan was furious with her for some other reason. If you have been searching for “Blac Chyna public fight,” “Chyna emoji,” and “Blac Chyna emoji slapping Kylie” then you have come to the right place.

Everybody knows the whole Kardashian clan was not happy with Rob’s decision of dating Blac Chyna. Already, Blac Chyna beef with the Kardashians was all over the Internet and slowly but gradually, they were accepting Blac Chyna as part of their family.

So what seemed to ticked them off? AS mentioned earlier, Chyna has released her own set of emojis, while some of them were hilarious, there was one particular emoji, which grabbed Kourtney’s attention. There was one emoji as a cartoon avatar, which kind of looked Kylie, but the worst part of the emoji was, that she was getting slapped by Chyna.

Kardashian sisters are famous for standing up for each other, Kourtney was furious when she saw the emoji, she was furious and discussed the whole matter while getting her make-up done. She said, “It sent me over the edge,” she disclosed while getting her makeup done. She further added she was “in a mood” after looking at the emoji and was about to call Chyna to confront her, “but then Kylie was like, ‘No, just call Rob.’”

Kourtney agreed with her little sister “I don’t want to yell at a pregnant person,” however she yelled at Rob, and said “This is the first time that made me question Chyna’s intentions.” Kourtney disclosed that when she confronted Rob, he convinced her that the emoji wasn’t supposed to be Kylie, but at the moment she had her own doubts whether he was being honest. she further said, “Just when everybody was welcoming Chyna into the family this comes out,”

Blac Chyna fight is hitting up all over the Internet and Sunday’s episode of KUWTK was filled with intense drama. Later, Khloe asked Kylie “Aren’t you upset that Chyna made an emoji about you?” However, Kylie wasn’t properly convinced that the emoji was her. According to her, the animated girl had “thick brows, side bangs and purple lips.” “I really think it looks like this girl that she hates that she had a public fight with,” Kylie told Khloe.

She further added “I know everyone is really upset, but I talked to Chyna and I really don’t think the emojis are of me.” She said, “There’s so much misunderstanding going on… I’m really tired of my family fighting with Rob over every little thing.”

The Kardashain sisters are infamous for having a spontaneous reaction to everything, however, instead of feeling bad, Kylie spoke directly to Chyna to sort out the mess. That was, indeed a very smart decision, Kylie. Rob was obviously pissed on Kourtney for flipping out on him, however, the show ended on a good note with both of them sorting out their difference.

We hope that the whole Blac Chyna fight sorts out, if you want to know more information about the Kardashians or Blac Chyna, then feel free to click here.