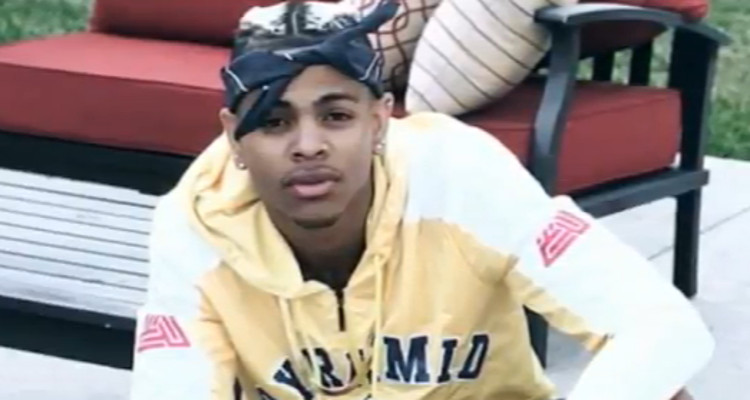 Social media has been buzzing after Blac Chyna’s recent sex tape leak! An explicit video of the eyelash queen made its rounds on Monday, February 19, after someone leaked it online. Initially, fingers were pointed at Blac Chyna’s ex-boyfriend, Mechie. Even though Mechie admitted he is in the video, he denied that he was the one who leaked it, claiming he’s just as upset about its release. Keep reading to find out more about Mechie!

The spotlight is on Blac Chyna’s former lover, Mechie, after a sex tape was leaked, turning all eyes on the former couple. The couple was in a relationship for a few months after Blac Chyna’s bitter split with Rob Kardashian.

The rapper’s relationship with Blac Chyna didn’t last long, but the past is coming back to haunt him with the sex tape now circulating all over the internet!

Who is Mechie? Find out everything you need to know about him, right here in our Mechie wiki.

Music in His Veins

Going by the name Mechie and Mechie So Crazy, he rose to fame as a member of the group 4EY The Future, alongside Kenny Iko and Leo Amari. Their single “Scoot Ova” was a hit among hip-hop fans, and it started a dance craze on YouTube!

As part of 4EY The Future, Mechie went on to perform at the B.E.T. Experience, The Verizon Center, My Fox DC, and even at the Washington Wizards game.

Mechie was also a star on the now-defunct video sharing platform, Vine. He had a huge fan following and often posted clips of his incredible dance moves and singing his favorite songs.

As a solo artist, Mechie opened for top artists like Meek Mill, Chrisette Michelle, and others.

Mechie may not have millions following him like his ex-girlfriend Blac Chyna, but at 374k followers, the Mechie’s rapper persona is quite popular on Instagram.

From sharing his love for tattoos to promoting his music, you’ll find it all on Mechie’s Instagram account. He reportedly got a tattoo with Blac Chyna’s initials a month before they broke up!

Mechie became famous after Rob Kardashian’s Instagram post showing him and Blac Chyna in bed. The post has been deleted since then, but it was enough to put Mechie once again on the map!

At that time, Mechie neither confirmed nor denied a relationship with Blac Chyna, but took to Instagram to post a message that read, “I am not here for these games.”

The post was taken down, but not long afterward, another one appeared on his page showing Mechie flaunting his dance moves to SZA’s “The Weekend.” The rumor mills worked extra time trying to guess Mechie’s intentions behind posting the video. After all, the song talks about a part-time lover!

Can I Satisfy You On The [email protected] #theweeknd #Golden✨

Mechie’s relationship with Blac Chyna may have ended after only a few months of dating, but the drama is far from over for him. All eyes are on Mechie after Blac Chyna’s sex tape leak and fans are growing more curious about him, especially now that he’s admitted it is him in the video. The video began making the rounds on Twitter and other sites on Monday, but buzz surrounding this story is still going strong!

The rapper is adamant that it was not him who released the video, claiming that it was taken on Blac Chyna’s phone and he was never sent a copy. The video, which shows a nude Blac Chyna performing oral sex on Mechie, had fans immediately blaming Mechie for its release.

Mechie admitted he was the one who filmed the video back in July 2017, but as for who leaked it is anyone’s guess. According to reports, Chyna is arming herself with lawyers to take up the case and get to the bottom of who is responsible for its leak. With Mechie claiming he’s just as pissed about the whole ordeal, it remains to be seen if Blac Chyna and Mechie will join forces to try and take down the person who really did this. (Maybe working together will spark an old flame? We won’t hold our breath.)