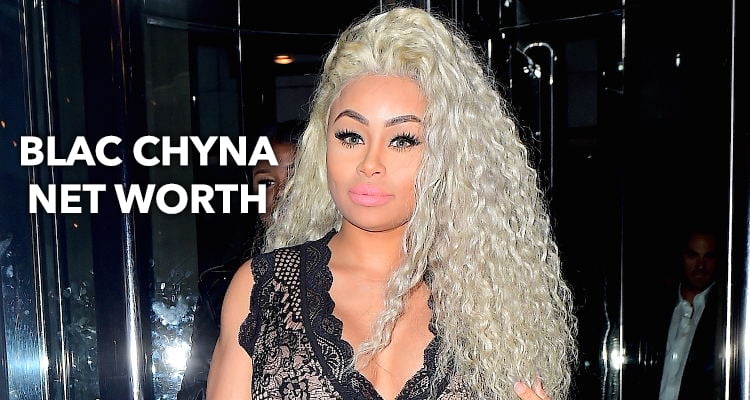 American model and entrepreneur Blac Chyna is stepping out of the Kardashians’ shadow for her own reality show. She has big plans for next year, some of which could boost her riches. The latest estimates peg Blac Chyna’s net worth in 2018 at $4.0 million.

Blac Chyna may be in a heated legal battle with Rob Kardashian and his family, but she is cashing in on her former Kardashian connection and setting the ground for her own reality show. She can hold her own in her series given how successful her last one, Rob & Chyna, was.

But did Blac Chyna’s plans for her own show hit a roadblock with the recent sex tape scandal? We hardly think so!

According to sources, Blac Chyna has a net worth of $4.0 million in 2018, and her fortune is set to rise. Take a look at how she took the Kardashian business model to a whole other level, right here!

What Does Blac Chyna Do to Make All That Money?

Born Angela Renee White on May 11, 1988, Blac Chyna’s age is 29. She started as a stripper in Miami but began urban modeling in 2010 and appeared in magazines.

The model gained visibility when Drake name-dropped her in his song, “Miss Me.” She then began working as Nicki Minaj’s stunt double and became famous as a video vixen after appearing in Tyga’s “Rack City.”

Blac Chyna launched her online clothing boutique in 2014 called 88 Fin. That same year, she launched her line of adhesive eyelashes, Lashed by Blac Chyna. It has since expanded to a cosmetics line.

Although Blac Chyna made appearances on Keeping up with the Kardashians, she eventually landed a reality show with her partner. Blac Chyna and Rob Kardashian’s show, Rob & Chyna, began while she was pregnant with Dream Kardashian. Not only did she get a bigger share of their combined $5.0 million, but she was also paid extra to film her birth.

Black Chyna launched “Chymoji,” which is a supposed rival emoji line to Kim Kardashian’s “Kimoji.” She also launched a line of figurines in August 2017 called “Chyna Dolls.” Each doll of her likeness starts at $75.

The savvy businesswoman monetizes her 13.9 million Instagram following by charging $2,000 to $3,500 per post to promote a product. And, she is paid $15,000 for every appearance at an event.

Take a look at Blac Chyna’s various income sources and assets below.

Blac Chyna vs. The Kardashians

Rob Kardashian now has to pay $20,000 a month in child support for his daughter. And he claims to have paid exorbitant amounts for Blac Chyna’s cosmetic surgeries, cars, and $250,000 worth of jewelry.

Blac Chyna reportedly demanded a bigger paycheck than Kylie Jenner for her reality show appearances. Her wealth is a lot less compared to any of the Kardashian-Jenner women.

Kim Kardashian and her sisters get paid 10 times more per Instagram post than Blac Chyna. Even Rob Kardashian has surpassed her in wealth.

The following table compares Blac Chyna’s net worth to the Kardashian clan and their acquaintances.