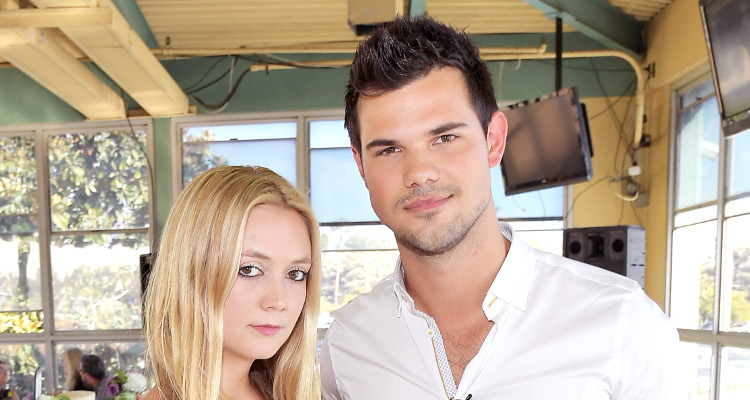 Carrie Fisher’s daughter, Billie Lourd, and actor Taylor Lautner are dating, and her uncle, Todd Fisher, couldn’t approve more! In an exclusive interview with E!, Fisher talks about his family ahead of the screening of Bright Lights, a documentary about the famous Fisher family. We have more about Taylor Lautner and Billie Lourd, right here!

During the candid conversation with E!, Todd Fisher says that he is quite protective of his niece. And when it comes to her boyfriends, he is even more guarding! But with Lautner, Fisher is at ease. “As any uncle, you’re suspicious of the guy hanging around your niece,” he admitted. “She’s cute and all that. She’s had other boyfriends, good boyfriends, but I’m certainly going to give that guy the extra look-over. I don’t give a s**t what his background is.” To know more about Taylor Lautner’s girlfriend, keep reading!

Who is Billie Lourd?

Actress Billie Catherine Lourd belongs to a family of Hollywood’s most famous elite. Born on July 17, 1992 in Los Angeles, California, Lourd is the daughter of iconic actress, Carrie Fisher, and talent agent Bryan Lourd. On her mother’s side, Billie Lourd is the granddaughter of actress Debbie Reynolds and singer Eddie Fisher. She is also the niece of producer Todd Fisher, as well as actresses Joely Fisher and Tricia Leigh Fisher. To add to the star-studded list, actress Meryl Streep is her godmother!

Where Did Billie Lourd Study?

Before starting her acting career, Billie Lourd completed her education at New York University. She graduated in religion studies and psychology in 2014. Lourd attended Wesleyan, Connecticut before transferring to NYU.

Not very surprisingly, Lourd began her film debut in 2015 with the Star Wars sequel, The Force Awakens. She played Lieutenant Connix in the movie franchise that jump-started her mother’s acting career. The 24-year-old actress will also star in the upcoming, Star Wars: The Last Jedi.

In 2015, Lourd also starred in her breakthrough television role in the Fox horror-comedy show, Scream Queens. She nailed the rich and disaffected sorority girl, Chanel #3, who wears earmuffs. The actress revealed in an interview that the earmuffs her character wears pays homage to the “cinnamon buns” hairstyle her mom had in the original Star Wars films!

After a successful collaboration with Scream Queens co-creators Ryan Murphy and Brad Falchuk, Billie Lourd will join the cast of American Horror Story for its seventh season.

Billie Lourd comes from Hollywood royalty, so her wealth is a combination of her own hard-earned money, as well as her family’s. Though Lourd’s net worth has not been calculated, it is assumed that she inherited a large sum from her late mother, Carrie Fisher’s net worth of $25.0 million, as well as her grandmother, Debbie Reynolds’ $85.0 million net worth.

Billie Lourd has been dating Twilight star, Taylor Lautner since 2016. After the unexpected deaths of her mother and grandmother, Lourd had a hard time coping. But her caring and considerate boyfriend has been by her side, and helped her through what was likely the most difficult part of her life.

Lourd’s uncle, Todd Fisher is also a fan of his niece’s boyfriend. Fisher told E!, that he thinks Lautner “is pretty spectacular. He’s a really deep person, and he has supported [Lourd] amazingly,” he continued. “He’s stepped up and acted like a husband would act. Not that that’s what’s going on, but it’s just an amazing support system for her, and I’m glad he’s in her life. That’s not easy for me  to say, if you think about it!”