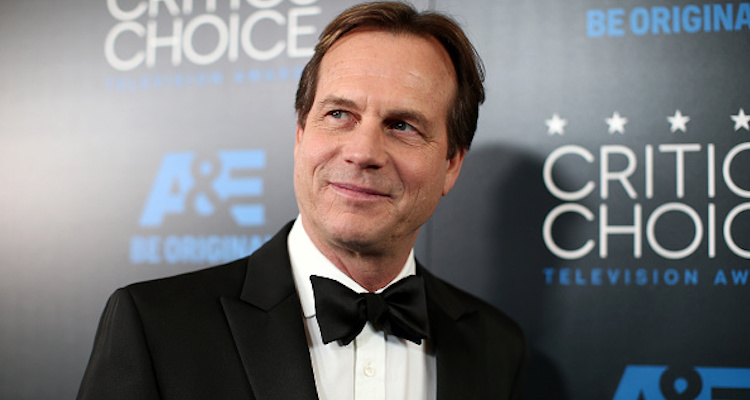 Hollywood has suffered yet another loss, with the death of Training Day actor Bill Paxton, who died this past weekend at the age of 61. From Bill Paxton’s movies to Bill Paxton’s cause of death, here is everything you need to know in our Bill Paxton wiki.

William “Bill” Paxton was born in Fort Worth, Texas in 1955. His father worked in the family’s lumber business. He was a supporter of the arts and his son’s aspiring career, and often took his children to movies and arts-related events. After graduating from Arlington Heights High School in 1973, Paxton spent his time studying at Richmond College in England and also with Stella Adler at New York University for two years.

Bill Paxton’s Net Worth and Career

The Texas native left behind a successful career spanning decades and began his lengthy career in Hollywood with roles in Weird Science and The Terminator, before starring in larger performances. His series of smaller roles lead to much bigger projects, solidifying his place in the movie industry for decades to come. The late actor starred in movies such as Mighty Joe Young, Twister, Titanic, Apollo 13, and Aliens. He was also inspired by legendary actor, Clint Eastwood.

“I’ve never really gotten to know Clint. I’ve met him a couple of times, but he has no idea what a mentor he’s been to me.”

At the time of his death, he was starring in the new CBC series, Training Day, where he played Detective Frank Rourke, a rogue cop. The show’s entire season wrapped filming in December, but it’s unknown what will happen to the show’s future now that’s Paxton has passed.

Bill Paxton’s son, James had the chance to work with his father on Training Day before he died, and spoke with Entertainment Weekly about the experience.

“I jumped at the possibility, because I’ve always wanted to work with him, and we don’t get to work together and share scenes,” the rising star told Entertainment Weekly. “I did a scene with him yesterday, and it was one of the proudest moments I’ve had.”

The Nightcrawler actor also guest-starred on the hit ABC show, Agents of S.H.I.E.L.D. as villain John Garrett in 2014. He also played Randall McCoy in the 2012 History Channel miniseries, Hatfields & McCoys about the legendary feuding families. The role earned him an Emmy nomination. Paxton earned four Golden Globe nominations, and in 1996 he won a SAG Award along with the rest of his Apollo 13 cast for their amazing performance. His net worth was $30.0 million.

Many of his fans have been wondering about the details of Bill Paxton’s surgery, but unfortunately those details aren’t available as of yet. The cause of death was due to complications during heart surgery and a representative spoke out in a statement.

“It is with heavy hearts we share the news that Bill Paxton has passed away due to complications from surgery,” a representative of his family confirmed to E! News in a statement. “A loving husband and father, Bill began his career in Hollywood working on films in the art department and went on to have an illustrious career spanning four decades as a beloved and prolific actor and filmmaker.”

“Bill’s passion for the arts was felt by all who knew him, and his warmth and tireless energy were undeniable,” the statement concluded. “We ask to please respect the family’s wish for privacy as they mourn the loss of their adored husband and father.”

“We are shocked and deeply saddened this morning by the news of Bill Paxton’s passing,” CBS and Warner Bros. Television said in a joint statement. “All of us here offer our deepest sympathy to his wife, Louise, and his two children.”

Bill Paxton at the Oscars

There have been a series of deaths in Hollywood since last year and the numbers seem to be growing. During the In Memoriam tribute during last night’s Academy Awards, Friends alum Jennifer Aniston took the stage to remember the beloved Bill Paxton as one of Hollywood’s fallen stars.

“Tonight, as we celebrate together, we also take a moment to mourn the many legends we lost this past year,” Aniston said. “Whether they were a musical prince leading the revolution on a concert stage or a movie princess leading the rebellion in a galaxy far, far away, a force of nature in front of the camera or a force driving it, each and every one was a cherished member of our Hollywood family. As was beloved actor and friend who left us just yesterday, Bill Paxton. All were loved —I’m sorry— and all will be missed. And now, Sara Bareilles performs in their honor.”

Bill Paxton was a great actor, loved by all his peers and will be missed. Our thoughts go out his family during this difficult time.