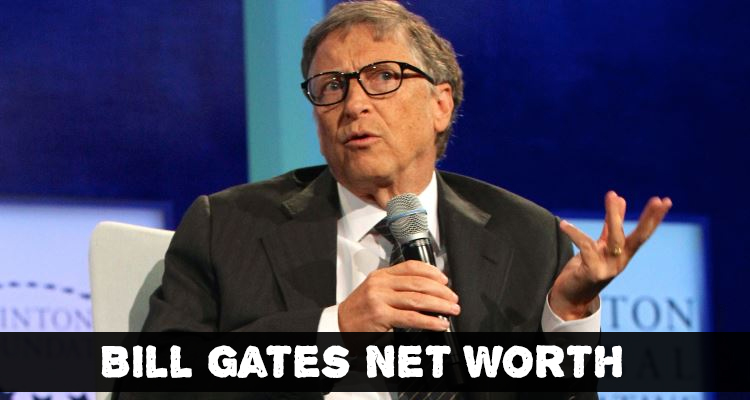 How much money does Bill Gates have? How much is Bill Gates worth? Since Gates has been the richest person in the world since like forever, no one ever really asks any questions about his wealth anymore! But after a recent update to the Microsoft genius’ bank account, people are asking these questions, yet again. Well, let us tell you that the new Bill Gates net worth is now $90.0 billion! (Looks like Gates has 99 problems and a billion ain’t one!)

We know that’s a lot of money but just how did he do it and how is Microsoft’s net worth $68.0 billion? Keep reading to find out more!

William Henry “Bill” Gates III was born on October 28, 1955 in Seattle, Washington and is a business magnate, entrepreneur, philanthropist and investor. He came from a prominent family and attended Harvard University but famously dropped out, then receiving an honorary degree in 2007.

Gates has been in the business since 1975, but the first version of Microsoft Windows wasn’t available until a decade later. His brilliant mind and vision has changed the way the world works and it’s no wonder how he has amassed so much wealth. Gates is wealthy enough to make any of the richest people on the planet seem poor, but that was never his intention. He continues to innovate and build up his company, always finding new ways to improve and amaze.

Bill married his wife Melinda (nee) French in 1994 in Hawaii and they have four children together: Jennifer, Rory, and Phoebe. They may have the richest dad ever, but don’t envy them just yet. When Bill dies, his kids get nothing! That’s right—all of his money goes to charity. But he’s not completely heartless, since he’s leaving each child $10.0 million.

“They won’t have anything like that. They need to have a sense that their own work is meaningful and important,” Bill said. “You’ve got to make sure they have a sense of their own ability and what they’re going to go and do.”

In 2000, Bill and Melinda combined three family foundations to create the charitable Bill & Melinda Gates Foundation, which focuses on helping children with poor health and poverty. The foundation is also the main recipient of Bill’s vast fortune, upon his death. Talk about a heart of gold!

Gates and his family live in a $120.0 million home in Washington and it couldn’t make us feel worse! The 66,000 square-foot mansion (the size of a small opulent country) has 18 bathrooms, seven bedrooms and enough space for 23 cars in its garage! Did we mention there is a “trampoline room” with 20-ft ceilings? Oh, and the swimming pool plays music underwater, artwork on the walls can be changed with the press of a button, and someone once paid $23 thousand, just to tour it! We aren’t sure how the family doesn’t get lost in their own home! The waterfront property is more than a spectacle to see, but again, what would you expect from a man who is worth more money than any of us would know what to do with!