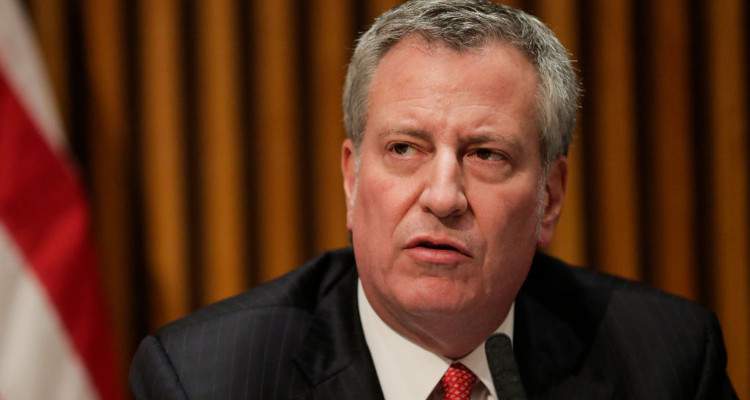 The First Lady of New York and Mayor Bill de Blasio’s wife, Chirlane McCray, just stopped traffic when she compared President Donald Trump to the deadly hurricanes in Florida, Texas, and Puerto Rico. Read on to know more about this witty lady.

Chirlane McCray and Bill de Blasio have been married since 1994. She is a writer, editor, communications professional, and political figure. On Sunday, she made a comment regarding President Donald Trump at New York’s largest megachurch, Christian Cultural Centre Megachurch. “Harvey, Irma, Maria, and the most vicious and violent storm of them all — Trump,” she said. Bill de Blasio added, “I’m sure Donald Trump thinks it’s his city, but no, it’s your city. Send a message to Washington on Tuesday: We’re not buying what Trump is selling.” The duo is definitely vocal about their views. Since we already know a lot about Bill de Blasio, let’s get to know his wife a little better. Read on for our Chirlane McCray wiki.

Born on November 29, 1954, Chirlane McCray’s age is 62. She was raised in Springfield, Massachusetts but when she was 10, her family moved to Longmeadow. At the time, they were the second black family in the locality and their neighbors began circulating petitions demanding they leave. She also happened to be the only black student in her high school and faced a lot of racism and bullying growing up. That is why she began writing and used poetry as a means to express her anger. When things got worse, she wrote a column in her school newspaper and denounced her classmates for being racist.

In 1972, she enrolled at Wellesley College where she became a member of the Combahee River Collective, a black feminist organization, where she was inspired to write poetry and prose. She moved to New York after graduating and began working at Redbook.

She entered the world of politics in 1991 as a speechwriter for Mayor David Dinkins. She worked for the New York Foreign Press Center as a public affairs specialist during the Clinton administration, and as a speechwriter for city comptroller Bill Thompson and state comptroller Carl McCall. In 2004, she began working in the private sector at Maimonides Medical Center for five years. Later, during her husband’s mayoral campaign in 2013, she helped interview candidates for staff positions and edited his speeches. After his win, de Blasio named McCray chair of the Mayor’s Fund, allowing her to improve the city.  She led the launch of ThriveNYC, a plan to recreate the city’s mental health and substance abuse services, in November 2015.

Chirlane McCray met Bill de Blasio in 1991 while working for Mayor David Dinkins at New York City Hall. At the time, she was a speechwriter, while he was an aide to a deputy mayor. In 1994, the couple got married in Prospect Park, Brooklyn. They are blessed with two children; a daughter and a son. They used to live in Park Slope, Brooklyn, until they moved to Gracie Mansion in 2014.

Chirlane McCray’s pics can be viewed on her Instagram account where she is fairly active. She posts both about her life and work.

Proud to stand alongside @nycmayor today to make Paid Safe Leave a reality so domestic abuse survivors can access the services they desperately need without fear of losing their job‪.‬

For this week’s “City Hall in Your Borough,” I’m excited to spend time #inBrooklyn — the borough we call home sweet home.

Being subjected to racism from a very young age, McCray took it as her personal responsibility to educate society and make amends. That’s what true strength is; to accept what’s gone wrong and take it upon yourself to change it, instead of playing the victim. It can be aptly said that Chirlane McCray is a woman of strength and substance.