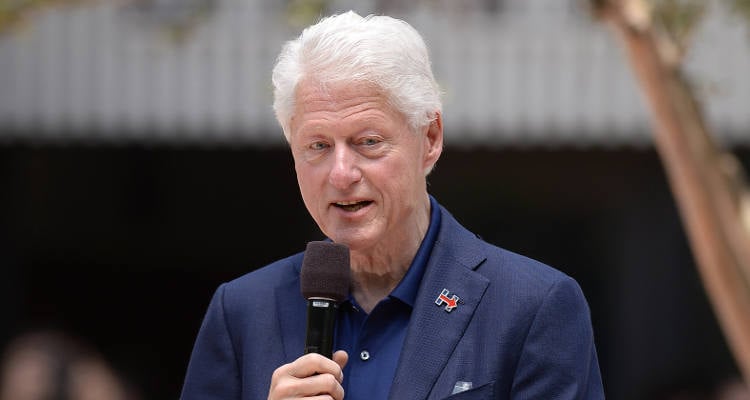 Although Hillary Clinton is in the spotlight right now as she ran for the presidential seat in the White House, we want to focus on her husband, Bill. Bill Clinton and Hillary Clinton have been married since 1975, but their marriage has been far from perfect. During his political career, Bill has been caught in the middle of many scandals. We look at some of them as well, as explore Bill Clinton’s net worth, which is estimated at $80.0 million.

As former president of the United States and founder of the Clinton Foundation, you would think that Bill Clinton’s money value is pretty high. Well, you would be right. “How rich is Bill Clinton?” you might ask. The answer is very rich. From 1993 to 2001, his accumulated salary as president of the United States was $1.6 million. In fact, a Bill Clinton speech given around the world earns him a lot. The Bill Clinton speaking fees are over $100,000 per speech, and it’s estimated that he earned roughly $106.0 million from his speaking engagements from 2001 to 2013. Let’s take a look at those numbers and break them down. 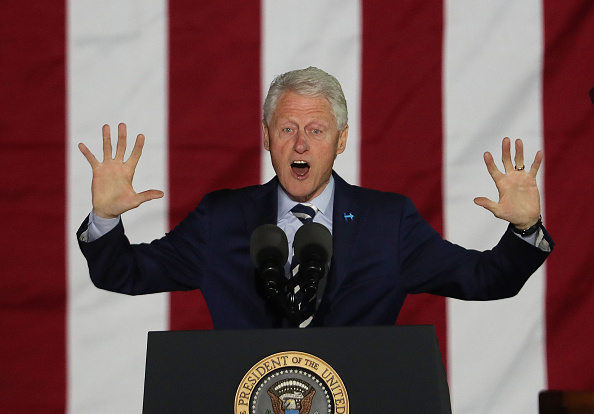 Breakdown of the Bill Clinton Net Worth

Bill Clinton was born in Hope, Arkansas, on August 19, 1946. His father, William Jefferson Blythe, died in an automobile accident three months before Clinton was born. His mother is Virginia Dell, who traveled to New Orleans to study nursing after Clinton was born. After his mother finished her degree in nursing, the family moved to Hot Springs in 1950.

His interest in law began at Hot Springs High, where he used his rhetoric skills to challenge a student in Latin class. Clinton went on to receive a Bachelor of Science Degree (B.Sc.) in Foreign Service from Georgetown University; upon graduating, he won a Rhodes Scholarship to University College in Oxford, where he studied Philosophy, Politics, and Economics. However, he didn’t finish his degree because he switched to Yale Law School to received his Juris Doctor (J.D.) degree in 1973. This is where he met and started dating Hillary Rodham. They got married in October 1975 and had their only child, Chelsea, on February 27, 1980.

After graduating Yale Law School, Clinton went on to be a law professor at the University of Arkansas. He then ran for and was elected Governor of Arkansas in 1978, becoming the youngest governor in the country at age 32.

He went on to win the 1992 presidential election against George W. Bush, and he was president until 2001. One of his key accomplishments was the Omnibus Crime Bill, which Clinton signed into law in 1994. It made many changes to U.S. crime and law enforcement legislation, including expansion of the death penalty. Clinton was also the first president to select gay persons for administration positions and is credited as the first president to champion gay rights. 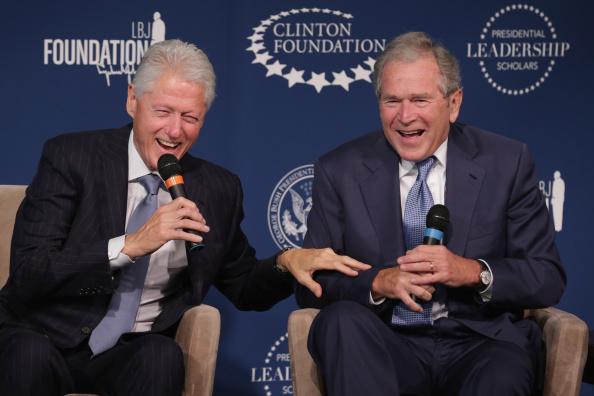 In 1998, Clinton was accused of having a sexual relationship with then 25-year-old intern, Monica Lewinsky. Lewinsky said that she had nine separate sexual encounters with Clinton and was even relocated to the Pentagon because her superiors felt that she was spending too much time with the president.

News of the scandal first broke in January of 1998 on the Drudge Report, and it broke into the mainstream press when The Washington Post picked up the story on January 21. Although both Bill and Hillary denied that anything had happened, for the next several months there was mass media speculation.

However, on August 17, 1998, Clinton admitted to having an improper physical relationship with Lewinsky, given that there was the evidence of a semen-stained blue dress that provided DNA evidence of Clinton’s actions. The investigation led to charges of perjury and his impeachment in 1998. His license to practice law was suspended in Arkansas for five years, and he was fined $90,000 for giving false testimony in the Paula Jones case. 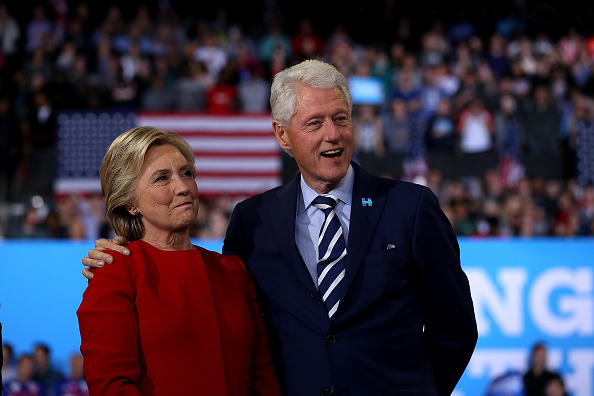 Bill Clinton is still active in the public sphere and now gives speeches and participates in fundraising and founding charitable organizations. He released his best-selling autobiography, My Life, in 2004. Three years later he released Giving: How Each of Us Can Change the World, which became a New York Times bestseller.

The Clintons had accrued several million dollars in legal bills while he was president, and these were paid off four years after he left office. He endorsed his wife during the 2008 democratic presidential primary campaign through speaking engagements and fundraisers and was able to raise $10.0 million toward her campaign. He also has done many diplomatic missions, including being the United Nations Special Envoy to Haiti in 2009.

During the 2010 Haiti earthquake, he coordinated efforts to raise funds for the recovery. He still visits the country and continues to raise funds for victims of the earthquake. Clinton also has had some heath problems, which led him to adopt a vegan lifestyle. In 2004, he received quadruple bypass surgery and then a year later underwent surgery for a partially collapsed lung.