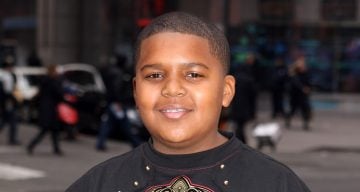 More than 20 years ago, rapper Biggie Smalls’ death made headlines. Also known as the “Notorious B.I.G.,” Christopher George Latore Wallace was murdered in a drive-by shooting in Los Angeles, in March 1997. Although two decades have past, no official arrest has yet been made for his killer. Many people have wondered who shot Biggie Smalls, but the “Hypnotize” singer’s mother, Voletta Wallace, claims that both she and the police knew very well who was responsible. If you want to know more about the iconic rapper, Biggie Smalls’ kids, and his career, here’s what you need to know.

Notorious B.I.G. was one of the most famous rappers of the 90s, influencing some of today’s most renowned artists such as Jay-Z, 50 Cent, Fat Joe, Nelly, Alicia Keys, Eminem, Lil Wayne, Michael Jackson, Usher, and mainstream culture at large. Although the rapper was killed just shy of his 25th birthday­–leaving Biggie Smalls’ daughter fatherless at just three years old, and his son at one year old–his legacy continues to live on in today’s hip-hop culture. Some of his most popular songs include “Juicy,” “Mo Money Mo Problems,” “Big Poppa,” “Get Money,” and “Notorious Thugs.”

He Had a Daughter with His Childhood Friend

Biggie’s daughter, T’yanna Wallace, was born on August 3, 1993, shortly after his four-year dating relationship with his high school sweetheart, Jan Jackson, came to an end. Even so, their friendship stayed amicable, as Jackson herself said in an interview with radio station Hot 97. Biggie married Faith Evans in 1994, and at the time of his death in 1997, Jackson still did not have a relationship with Evans. Now, Jackson, Evans, and their children are one big happy family. As for T’yanna, she launched her own clothing line in 2013. In an interview a year later, she said, “I always wanted to be involved in fashion. I had been designing clothes and accessories since high school, so once I got to college, I made the final decision to seriously start a clothing line. It’s heavily influenced by my dad, his music, and his birthplace, New York… I’m hoping with my clothing line, ‘Notoriouss,’ I can keep [Biggie Smalls’] legacy alive.”

Biggie Smalls’ son, Christopher Jordan “C.J.” Wallace Jr., also followed in his father’s footsteps. He is an American rapper and actor, born in New York City on October 29, 1996. He had acting roles in three films, and his most iconic role was his portrayal of his young father in the Biggie Smalls biopic, Notorious.  He also appeared in the 2010 comedy, Everything Must Go and the 2016 film, Kicks. Currently, Junior is part of a rap group called CJ & Jahad, and the group plans to release an album this year. Junior is the son from his father’s marriage with R&B singer Faith Evans, whom he married in 1994. Biggie Smalls’ wife, is still a famous and talented musician to this day.

According to her website, Faith Evans is a multi-platinum Grammy award winning recording artist, songwriter, arranger, and record producer. She is also a New York Times best-selling author, a TV executive producer, entrepreneur, and a mother. Her music career spans over 20 years, and she released eight studio albums, with over 18 million copies sold. In April of this year, Evans unveiled her video for “Legacy,” a song from her album The King and I. It was a duet record with her late husband Biggie.