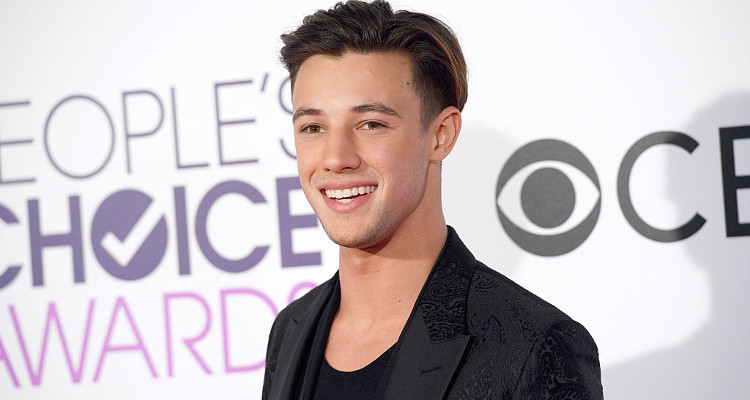 Cameron Dallas’ big sister, Sierra came to visit him on set. The famous “Viner” was overjoyed and took to Instagram to share a photo of the two goofing off. 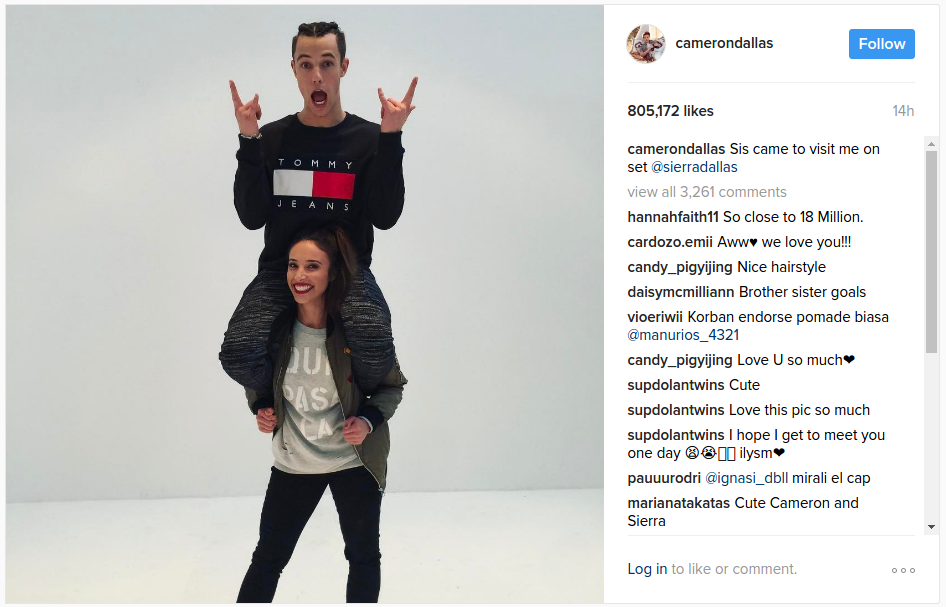 Dallas was born on September 8, 1994 in Los Angeles, California. He and his sister were raised in Chino by their mother, Gina Dallas. Cameron Dallas’ sister is Sierra Dallas, who is four years older than him. He looks up to his sister, and that was made obvious when she came to visit him when he was on set. Cameron and Sierra Dallas had a lot of fun together and Cameron Dallas’ Instagram photo shows just how cute a little sibling rivalry can be!

Cameron Dallas is thrilled with his sister’s visit to his set and the camaraderie between the two is great to watch. He is making great strides in his career, with appearances in movies like Expelled and The Outfield. He is now on starring in his own Netflix series, Chasing Cameron. Dallas has also tried his hand at singing with his debut single, “She’s Bad.” He was also featured on Daniel Skye’s single, “All I Want Is You.”

A Softy at Heart

Cameron Dallas is really popular with his fans, earning him several award nominations, and a couple wins. He has won several Teen Choice Awards and a People’s Choice Award for Favorite Social Media Star. You can check out Cameron Dallas’ pics on his Instagram account to see more goofy pictures of him with family and friends.