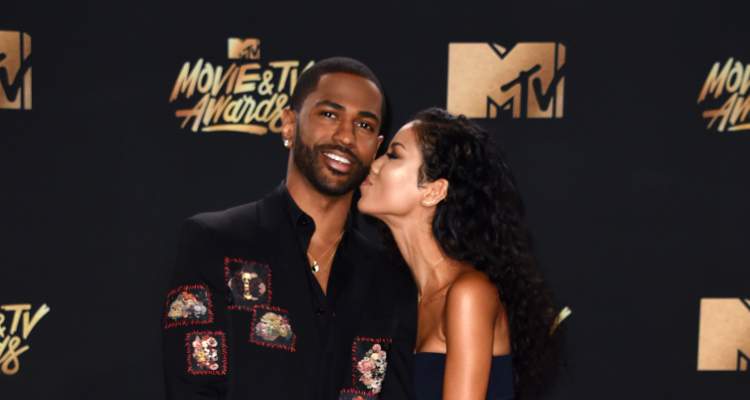 Rapper Big Sean and his girlfriend, Jhené Aiko seem to be back in the eyes of the media. For awhile now, fans of the couple wondered if she cheated on her ex to be with Big Sean. It looks like they now have the answer! How did Jhené Aiko clap back? Keep reading as we spill the details about Big Sean’s girlfriend and their relationship.

The fact that Jhené Aiko did not cheat on her ex comes as a surprise to many haters, who were sure she left her ex for the rapper. The singer was slammed in the past for her relationships, but now wants shut everyone up. Check out what went down on Twitter recently!

Who Is Jhené Aiko?

Her parents got divorced when she was young. Her sister, Mila J., is an R&B singer, and her brother, Miyagi, passed away in 2012 from cancer.

Jhené Aiko’s ethnicity has often been questioned, as her father, Dr. Karamo Chilombo, is African American, and her mother, Christina Yamamoto, is half Spanish and Afro-Dominican, as well as half Japanese.

Aiko took a closer look at her heritage with a DNA test and said, “I just did a DNA kit from Ancestry.com, and basically, I’m pretty mixed-up. My mom is half-Japanese, but her mother is mixed [race], too. And my dad—both of his parents are mixed. So we found out that it’s, at least with my DNA, I’m 28% Asian, 33% African, and 34% European. But it’s a little different for each of my siblings. No one in my family, my cousins or anything, really look the same. My grandmother was Japanese.”

Aiko was home schooled —something she requested as her mixed-race nationality left her without friends at school. She signed up for vocal lessons in Culver City, California, which she had to eventually give up after getting pregnant at the age of 20.

Aiko has had her fair share of relationships. In 2005, she started dating R&B singer, O’Ryan. The couple welcomed a baby girl, whom they named Namiko Love, on November 19, 2008.

In March 2016, she and record producer, Dot da Genius revealed that they were married. Only five months later, the singer filed for divorce, citing irreconcilable differences.

Though unknown at the time, Aiko later said in an interview that they were married for two years.

Rumors that Jhené Aiko left Dot da Genius for Big Sean started back in 2016 when they shared an on-stage kiss. Some fans believed that Aiko cheated on her husband with Big Sean.

And now, Aiko took to Twitter to clarify the details with a tweet that read, “In 2012 i was in a relationship w/someone who was secretly still married to his baby’s mother the while hear and a half we were together…this person was not Dot. [sic]”

The singer told fans exactly how she met Big Sean, and that she did not cheat on anyone when they started going out. She continued to talk about her ex saying: “i found out and we began to seperate…he moved out of my apt, we stopped speaking…and then i went to basketball game w/ a friend. even tho we werent speaking, i called my then boyfriend and let him know i was going because im considerate. [sic]”

The “friend” Aiko is talking about is Big Sean. She went out with the rapper for a basketball game, after she broke up with her ex, who had a secret family. Even then, Aiko and Sean didn’t go out as a couple.

“it was a cool game! lots of laughs, we drank beer…and this last part may upset many of u…but after the game…i went home…there was no su**ing, fu**ing, kissing, hand holding or sexting that followed. [sic]”

Aiko put haters in their place many times before about the same topic. “I only cheated myself. So glad to be free from all the drugs, depression and confrontation,” the singer and mother-of-one said.

Initially, Jhené Aiko and Big Sean did not confirm the news about their relationship. But after being spotted together countless times, it became more difficult for them to hide their relationship, which dates all the way back to 2012 when they “hung out as friends.”

Jhené Aiko’s tattoo of Big Sean proves she likes him more than just a friend! She got her beau’s face inked on the back of her arm, and fans couldn’t help but let out the necessary “Aww” after looking at how close the two have become.

Jhené Aiko’s net worth is estimated to be $500,000. Her music career kicked off after she was signed by Sony, The Ultimate Group, and Epic Records.

In 2003, she recorded her first album titled My Name Is Jhené, but it was never released as she left the labels in order to complete her education. Her career reached its peak in 2011 when her mixtape, Sailing Soul(s) had almost 400,000 downloads.

In 2014, Aiko’s official debut album, Souled Out was released. Two years later, her second album with Big Sean titled Twenty88 was released and TRIP 17 also made it big.

While we wait for the beauty to drop her next song, we wish Aiko and Sean all the best for their blossoming relationship!