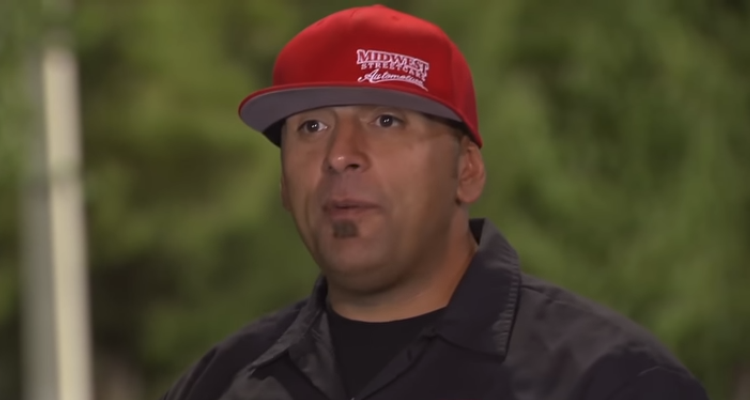 Is Big Chief still married? Is Big Chief getting divorced? With Street Outlaws premiering its brand new season tonight, fans have been wondering about the state of his marriage. For more information, we have what you need about the rumors of Big Chief’s new girlfriend.

Does Big Chief Have a New Girlfriend?

Big Chief (whose real name is Justin Shearer) has been at the center of cheating rumors and many are wondering about Street Outlaws’ Big Chief’s new wife. So far, there’s no evidence to support that claim and for now, it’s nothing more than a rumor that has been making its rounds online. Many have said they hadn’t seen Allicia in the past episodes before the show’s hiatus, but viewers are on the fence as to whose “fault” it could be.

One Facebook comment read: “I seriously doubt she cheated, she has stuck by him I think it’s f***ed up if he left her after she’s been there thick and thin and regardless of what’s happened he needs to suck it up and b there for kids and not let this Lil fame cloud his judgment. [sic]”

Another comment said: “Nobody knows what goes on behind closed doors. It is their business and no one elses. I am a fan of him still, and his personal life isn’t my concern. He’s not on this show to make people love him, he’s on their to race. Everyone on here needs to worry about their lives and no one elses. [sic]”

According to sources, the two wed in 2006 and they have two boys together, Corbin Shearer and Covil Shearer. As far as we can tell, the couple is still married and though it is unclear where the rumors of divorce may have escalated from, they are not confirmed. Some are speculating that it is solely because of her absence from the show, but in her defense, she’s really never been a big part of it. There were also rumors surfacing that Big Chief was having an affair with a fellow Jacklyn Braasch, who is also an accomplished racer. Again, these rumors cannot be confirmed.

It’s unknown where these rumors started from but there hasn’t been much movement from Big Chief’s Instagram account, at least nothing relating to his marriage. The closest thing he’s said that touches on the subject of his family life was the caption on recent a photo of his son. It read:

“Sunday funday with two of the only humans that don’t judge me, based on what they see on tv. The internet isn’t where they get their daily “big chief” rumors. And they never say things just to hurt me, especially from a keyboard. We could all learn a lot about manners from a 4 year old. I am also guilty of this. My 7 year old says “just remember they’re all jealous of your awesomeness dad”……love my precious time with these two precious specimens of the human race [sic].”

Other than that, the Street Outlaws star hasn’t released a statement about his marriage and instead, chooses to ignore the rumors. At least he’s got social media as an outlet to vent!

For tonight’s episode, titled “Smoked in Memphis,” the plot reads: “In the Season 10 premiere, the 405 head to Memphis, bringing everyone with them, but that means racing on JJ’s slick, asphalt road. When the 405’s plan to stick together falls apart, they struggle to set up the right races, and it looks like Memphis might get the best of them.”

The show has gained a huge following in the U.S. and many will be watching to see if there’s anything new developing with Big Chief’s marriage or if there’s a clue to an alleged mystery woman.