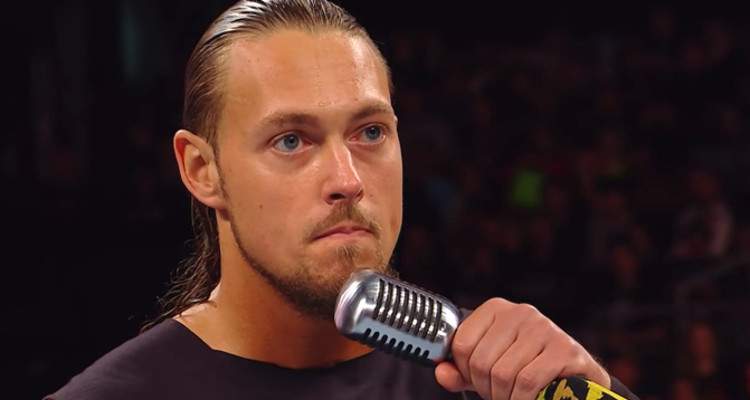 WWE fans were heartbroken to see one of their favorite stars, Big Cass, leave the ring with an injury back in August. The WWE match, which featured Big Cass and his former teammate, Enzo Amore, ended with Big Cass suffering a major knee injury. So, how is the wrestler doing since then? Keep reading to know more about Big Cass’ injury update.

Two months after Big Cass and Enzo Amore ended their WWE partnership, Big Cass walked away with a knee injury from a Brooklyn street fight against Enzo Amore, and it was reported that he would be out of action for a long time. The news of the injury added to the despair many fans felt after the Big Cass-Enzo Amore partnership ended.

So, what happened to Big Cass? Where is Big Cass now? We’ve got the latest news on Big Cass right here!

Who Is Big Cass?

First, here’s a little introduction to Big Cass for fans who are new to WWE.

Big Cass’ real name is William Morrissey. The seven-foot-tall wrestler was born and raised in the Queens area of New York City. He then went on to pursue a degree in Economics from New York University, before life took him in a very different direction.

Big Cass’ WWE stint began in 2011 when he signed with Florida Championship Wrestling, which was WWE’s training ground for young wrestlers at that time. Big Cass then went on to partner with Enzo Amore in 2012, and they found success as a tag team.

In June 2017, a shocking episode of betrayal broke their partnership. There was an attack on Amore, and within two weeks, Big Cass was attacked in the same way.

Big Cass blamed it on Big Show, who denied being responsible. A few days later, Corey Graves revealed that Big Cass staged his own attack and that he was responsible for attacking Amore.

What Happened to Big Cass?

On the August 21, 2017, episode of Raw, Big Cass was in a fight with Enzo Amore. He went for a big boot but tumbled outside the ring, landing hard on his knee. Fans may remember Big Cass limping as he made his way around the ring to continue his fight with Amore, even after his fall.

How you doin', WWE Payback?

Big Cass stopped Amore from using a steel chair to attack him, but he soon collapsed on the floor as his knee gave way. Big Cass’ frustration was evident as the bell sounded, and he just couldn’t continue. Enzo Amore was declared the winner, and Big Cass had lost more than just the match.

It was reported later that the impact on Big Cass’ knee had caused his ACL to tear, and the wrestler underwent surgery. Reports also said that he wouldn’t be able to wrestle for nine months.

Where Is Big Cass Now?

So, the question on every WWE fan’s mind is: When is Big Cass coming back?

Big Cass still has a little over five months to go before his knee fully recovers and he can compete in the ring again. Until then, the WWE star has been keeping himself busy.

On his Facebook page, Big Cass posted a picture with a fan at the 2017 Ringside Fest in October.

Good to see the WWE Universe at Ringside Fest.

He also attended the New York Jets vs. Buffalo Bills game in November.

Fans are excited by the progress he seems to be making in his recovery. They can’t wait to see him back in action!

We wish Big Cass a speedy recovery and hope to see him compete in WWE soon!