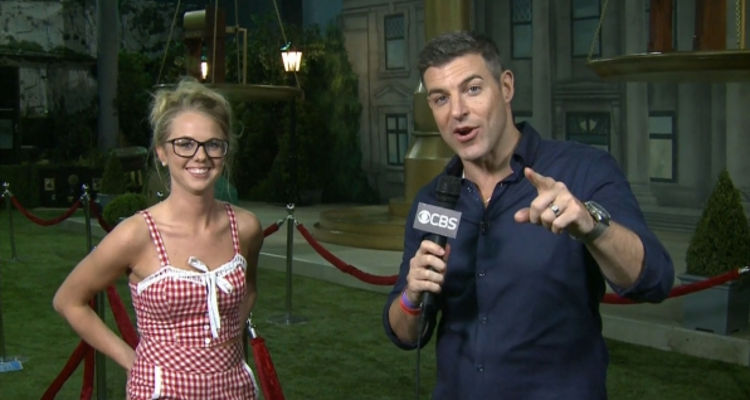 #1 Franzel is a Family Woman

The nursing school graduate had dreamed of being a contestant on Big Brother ever since she was only eight years old. It seems like Franzel’s prayers were answered, because she appeared on the popular reality show not once, but twice! Her recent $500,000 prize for her Big Brother season 18 win is simply the icing on the cake!

Family game night with the cutest brother ever????

Franzel was born on June 30, 1992 and was raised in the small town of Ubly, Michigan. In 2014, she graduated from Saginaw Valley State University with a Bachelor’s degree in nursing. If you’re wondering about Nicole Franzel’s parents, they are Jennifer and Dave Frenzel. She also has a brother named Jesse. Frenzel frequently posts photos with her family on social media and in an interview, she admitted that she took a picture of her family with her into the Big Brother house, because she knew that she would miss them. Awww, isn’t that sweet?

#2 She Wrote a Letter to Her Parents

After Franzel had been named Head of Household (HOH) during Big Brother season 18, she wrote a letter about stating how much she missed her parents. The sweet letter read, “Mom, Dad, and Jessie—I love and miss you guys so much! Thank you for the nice letter, and I love looking at pictures of you three every day. It makes me miss you guys 10,000,000x more.”

The BB 16 veteran’s letter continued with, “Mom, I really miss my best friend and please don’t stress. No matter what’s going on out there, I will be okay. Please don’t work too hard, take a break, and do something really fun. That statement goes for all three of you. Dad, I miss you so much. I’m always talking about you and telling funny stories about you. I love you.” The Franzel family definitely seems like a close-knit one!

Franzel began dating Hayden Voss from Big Brother 16 when they were fellow contestants on the hit reality show. Their relationship was initially dubbed a “showmance,” but blossomed into love and progressed, even after the cameras had been turned off. Hayden Voss is a 23-year-old pedicab driver from Long Beach, California. He was also a singer in a metal band. The cute couple became popular among fans, although they drifted apart and eventually broke up, much to the dismay of their fans. However, the duo continues to remain on good terms, and are frequently spotted together by the paparazzi.