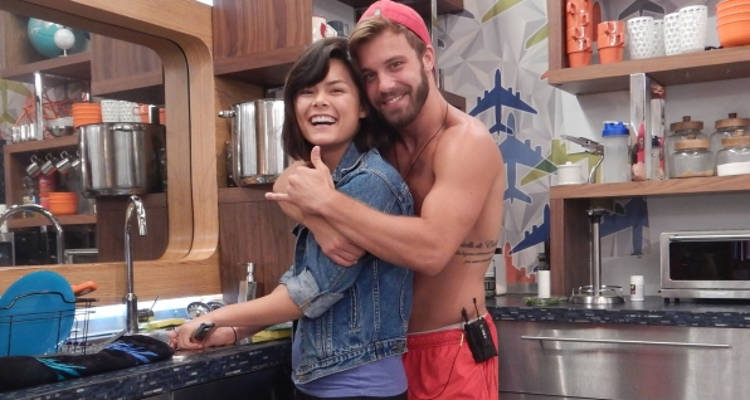 Another amazing episode of Big Brother 2016 came to an end last night, and yes, there was another Big Brother eviction last night with lots of epic drama and those who caught the episode know exactly who went home on Big Brother. If you are wondering who got evicted from Big Brother and want all drama-filled Big Brother news, then you know exactly what you have to do, which is to keep reading.

A warning for those who wish to watch Big Brother season 18, episode 14; do not read this, if you don’t want to know who went home on Big Brother 2016. This article contains Big Brother spoilers and you should clearly avoid it if you want to watch the episode. For people, who wish to know about Big Brother news, let’s get down to business, shall we?

Last night’s (July 21) Big Brother’s episode had the third elimination and the fourth house guest left the Big Brother house. If you have been religiously following Big Brother, then you know exactly what is going on in the house and you must be aware of who is fake and who is real?

This week, Bridgette was the head of the household and she nominated Paul and Tiffany for the Big Brother eviction. The winner of the Roadkill competition was Frank and he nominated Bronte. The three people who were nominated in the show were Natalie Negrotti, Tiffany Rousso, and Da’Vonne Rogers.

By winning the Power of Veto, Corey Brooks saved himself and Da’Vonne was nominated instead. It looked like the HoH (Head of Household) would love to send Tiffany home, but the main question that was on everybody’s mind was whether or no she would be successful in accomplishing that goal.

Although all the nominated ladies got the chance to plead their case before the votes, Tiffany Rousso is the one who got evicted from Big Brother 2016. This was not the first time that Tiffany was nominated, she was nominated many times by her fellow house guests and finally last night, their efforts paid off and she was voted out. Bye Tiffany!

Tiffany tried her level best to stay in the game, even revealing Da’Vonne’s game plan to Nicole, Frank, and Paulie. Tiffany tried to play it safe to maintain her position in the house and she thought doing so would mean that Da’Vonne would be voted out. The problem was, her whole plan backfired and she was sent home.

Although, Paulie, Frank, and Nicole were quite upset with Tifanny’s revelations about Da’Vonna, (and for a minute they even considered to vote against her) they decided to target her next weekend instead. Maybe they were not sure about Tiffany speaking the truth? Although Tiffany thought she was in the safe zone, Paulie told Frank that sending Tiffany home this weekend would mean that they wouldn’t have to worry about her being a competition anymore. The plot thickens!

Da’Vonna is in for a surprise if she thinks that she’ll be safe next week, too. Now, her former group members no longer trust her and there is a very good chance that she may be going home next week.

It’s unlikely that Big Brother won’t have suspense or some kind of twist going forward. For all the Tiffany fans out there, don’t be disappointed because the show’s host, Julie Chen, told Tiffany upon her elimination that she (along with other evicted members) will get another chance to be in the house again and continue their win for the finale.

There will be a Battle Back competition and whoever wins that competition will get the chance to return to the show. This means they will get a second chance to win $500,000 in the season finale of Big Brother 2016.

We wish all the eliminated contestants a good luck and may the best person win! Who do you think will make it back in the show? Let us know in the comments section below and keep watching Big Brother 2016.