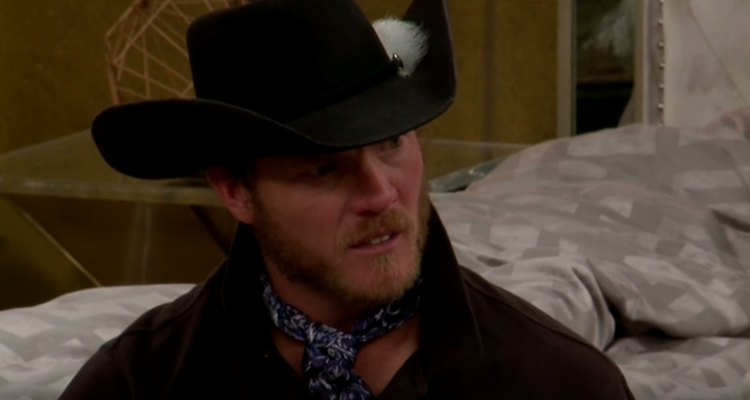 Who Won Head of Household?

Who’s the clown now? Not Jason, because he’s Head of Household! That’s right, Jason is HoH this week and he secured the Power of Veto, as well. Jason outsmarted his other houseguests during the Hide the Veto challenge and the Big Brother house was a mess. If you didn’t know any better, you might have thought a bomb went off in there! Paul even mocked Josh for putting his veto in the fridge, but in the end, Paul’s not HoH, is he?

“You put your f*****g veto in the freezer? That’s the first place I looked,” Paul laughed.

Jason was on a winning streak all season and he has all the power (insert evil laugh here), but will it go to his head like it has some of the others who were in his position?

Who’s up for Eviction?

Whether you like it or not, Raven and Matt are up for eviction and no, this is not a drill. Why are they leaving? Well, they annoy Jason, that’s why. Does anyone ever have a rational reason on this show? Jason can always undo his vote in the Veto Ceremony, but it looks like he’s sticking to his initial decision. The show is almost over and the few contestants left are starting to feel the competition intensify. No one is safe (except for Jason at the moment) and everyone is trying to play the game in the smartest way possible. But how can you defend yourself against someone not liking you? But some might say that’s what makes the show more fun —you never know.

Who Could Come Back?

There have been plenty of Big Brother season 19 spoilers out there since the season started and there’s always a rumor about a surprise visitor. We’ve seen people come and go and eviction doesn’t always mean it’s the end for a Houseguest.

Could Jessica make a comeback for Big Brother season 20? The show’s host, Julie Chen, seems to think so!

“I mean, if we bring anyone back … she’s No. 1,” Chen shared with Entertainment Tonight. “She’s someone who has a lot of followers, a lot of people like her. She’s smart. She’s pretty. She knows how to play the game and, I feel like, she rattles people. You either love her or hate her, and that’s what you want. You don’t want anyone who comes in mild … You want someone that people have strong feelings about, and I think she’s the one to bring back.”

Anything is possible, but right now, fans are more interested in this season and if Raven and Matt could really be on the chopping block for good. Even if they do come back, it probably wouldn’t be until at least next season. That’s just fine by Jason, since he needs them gone yesterday!