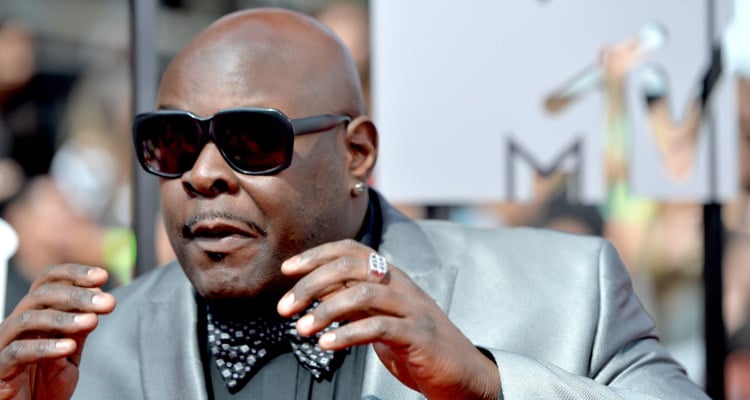 Christopher “Big Black” Boykin, one half of the wildly popular MTV show, Rob & Big, died on Tuesday. He was a close friend of his co-star, Rob Dyrdek. Here’s more about the TV personality.

Christopher Boykin was famously known as Big Black, the bodyguard of skateboarder-turned-TV personality, Rob Dyrdek. The duo’s adventures made their show Rob & Big on MTV immensely popular. Dyrdek now mourns the loss of his best friend, who had a big role in his success. Big Black passed away on Tuesday, May 9, at the age of 45. How did Big Black die? Why did Rob and Big Black split up? Here’s everything to know about this bodyguard/musician/TV star in our Big Black wiki.

Boykin’s claim to fame was undoubtedly MTV’s hit reality series, Rob & Big. He was the bodyguard of Rob Dyrdek, then known as a professional skateboarder with a couple of appearances on MTV. The show followed Rob and Big’s daily adventures, from trying to break Guinness World Records to getting their home exorcised. They had a talent for natural comedy, and made fans laugh on the regular by doing things like bringing in a dozen remote-controlled helicopters to play with, or discovering turtle racing at a local bar. Their pets, a mini horse named “Mini-Horse” and a bulldog named “Meaty,” were also focal points of the show but it was Rob and Big’s antics that made the show such a success.

During his stint on Rob & Big, they broke many world records. Boykin holds two records for the most bananas eaten and peeled in a minute, as well as most powdered donuts eaten in three minutes.

The show aired for three seasons from 2006 to 2008. But reportedly, the show ended after a falling out of sorts between the two co-stars/best friends. Dyrdek then went on to star in his own show called Fantasy Factory. They ironed out their wrinkles and Boykin would often make cameos in Fantasy Factory.

Boykin went from a very entertaining celebrity bodyguard to becoming a celebrity himself. His start came when Dyrdek hired him in a skit for DC Shoes, where Boykin had to protect him from security guards.

The Mississippi-native found he could make big bucks by attaching his winning personality to other ventures. By doing so, he amassed a net worth of $3.0 million. Besides his TV earnings, his wealth comes from video games including his own series, Skate, and his own security business called Big Black Security.

His biggest brand —second to his television appearances— is his eponymous clothing line. The Big Black ‘Do Work’ line was launched in 2007 combining his stage name and his catchphrase, but the clothing line didn’t find much success. It was relaunched in 2012 and took off thanks to the exposure it got on the final season of Rob & Big. Boykin would be seen wearing a shirt or cap with the Big Black logo on it. The line is targeted to plus-sized men and women.

He Spent Time with His Family after the Show Ended

Rob & Big ended abruptly, when there was tension between the two. At the time, Big Black was dating a woman named Shannon, who was pregnant around the time of the show’s end. He took the opportunity of the show’s cancellation to spend time with his family. Isis Rea Boykin was born in 2008 and she’s nine years old now.

Little Isis occupied 90% of Boykin’s Instagram and Facebook activity. Chris Boykin and Shannon married some time after their daughter was born. However, his wife was rarely seen on his social media.

Why Did Rob and Big Black Split Up?

The Ridiculousness host opened up about the split last year saying, “It was a strange period… I had been a pro skateboarder for years, so transitioning into mainstream fame was relatively smooth, where for him it was the idea that he was working security two years earlier and now he’s on television,” said Dyrdek. “It was a much different dynamic, but I think we both struggled with… I didn’t want to be known as Rob from ‘Rob & Big,’ and I think he didn’t want to be known as the sidekick. So that created a lot of that tension between me and him,” explained Dyrdek.

But they buried the hatchet soon after. Dyrdek and his wife Bryiana welcomed their son, Kodah last year. Rob Dyrdek and Big Black were seen on each other’s social media pages, with many noticing that Big looked considerably thinner. How did Big Black lose weight? It was thanks to proper eating and intense workouts.

My heart is broken. I don't want write this post. I don't want to believe that this is reality. I am so thankful for you. pic.twitter.com/Atp5EE3jX6

What Happened to Big Black?

A rep for Boykin confirmed to the media that he passed away on Tuesday at the age of 45. The official cause of death has not been disclosed as of yet, but initial reports claim he died of a heart attack. He is survived by his wife and daughter.

Boykin’s co-stars and fans poured out their grief on social media. MTV released a statement saying, “MTV is deeply saddened to learn the news of Christopher ‘Big Black’ Boykin’s passing. He was a long time and beloved member of the MTV family and will be greatly missed. Our thoughts and prayers go out to his family and friends at this time.”

While many are saddened by his sudden death, none more so than Rob Dyrdek. The former skateboarder expressed his grief in a series of tweets coupled with pictures of Boykin.

I am so thankful for this moment… thank you for being an amazing human being and brother. pic.twitter.com/B331OfraKa