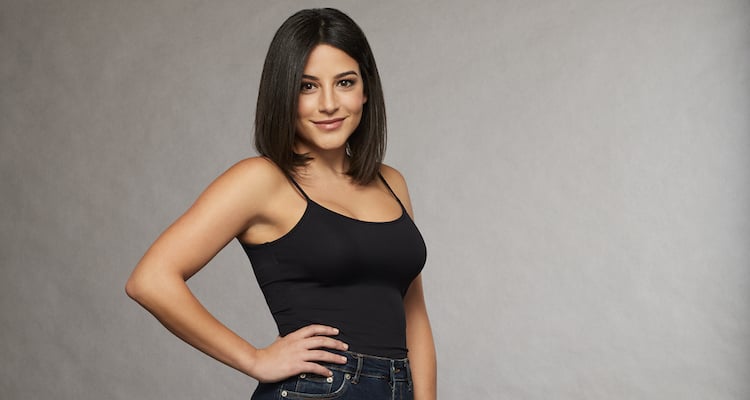 The Bachelor 2018’s Bibiana Julian is in the spotlight especially now with the new season of The Bachelor hitting our screens at the top of the new year! If you’re wondering who Bibiana is, she’s one of the beautiful contestants vying for a chance at love with Arie Luyendyk Jr.! Check out our Bibiana wiki for all you need to know about her.

Diving into The Bachelor contestants can often be a challenge, as many of these women are not celebrities and do not have a large social media presence. What is known, however, is Bibiana’s job. She used to work as a Miami Dolphins cheerleader, but it’s been years since she’s worked there. Her highest athletic achievement was making Rookie of the Year as the team’s cheerleader, and being co-captain. Despite her role as a cheerleader, she actually hated the football games! Now, she reportedly works as an executive assistant in Miami. After some investigation, it turns out that her Twitter profile is empty, and Bibiana’s Instagram account is private–so unless you’re following her, and she approves, you won’t be able to see any of Bibiana’s pics!

However, Google Images provides a better look at her modeling photos. She was reportedly voted in 2006 as FHM’s Sexiest Cheerleader, and out of all the contestants of the season, she is the one with the most media exposure.

Bibiana, age 30, is 5’4” and according to her ABC profile, she would be a free orca if she could be any animal. “I’d love to live in the ocean, and they move around, plus they keep their fam tight,” she wrote. And although she loves the ocean, she’s terrified of sharks. She also has tattoos: Three interlocking hearts with her sister’s initials on her left wrist, and an anchor on her right wrist.

When it comes to family, Bibiana makes that a priority. This may lead fans to assume that, unless her family approves, things may not work out between her and 2018 Bachelor, Arie Luyendyk Jr. But does she have a chance? The things going for her are the following: She is closer to his age than most of the other women on the show, she understands the public eye and media attention, and she worked with real-estate. If she makes it through the first few episodes, which premieres on January 1, there’s a good chance she will be a solid contestant to keep on your radar.

Facts about the 2018 Bachelor

Bibiana may be fighting against 28 other women for a chance at love with Arie, but Arie may not be so easily moved. His emotional history of heartbreak and romance reads:

“Six years ago, Arie Luyendyk Jr. was in love and a day away from proposing to the woman of his dreams. And then, she broke his heart. Emily Maynard (now Emily Maynard Johnson) may not have been Arie’s future wife, but he hasn’t been able to find a love like hers since. Now Arie, 36, is back and ready to race into America’s heart yet again when he returns for a second shot at love, starring in the 22nd season of ABC’s hit romance reality series The Bachelor, premiering Monday, January 1 (8-10 p.m. EST), on The ABC Television Network.”

He came in second place on season 8 of The Bachelorette back in 2012, and formerly worked as a race car driver and a real estate broker. He may not have won Emily’s heart, but now, 29 ladies will be fighting for the chance at a future with him on television! Who will win Arie’s heart? Find out Monday, January 1, at 8:00 p.m. EST on ABC!