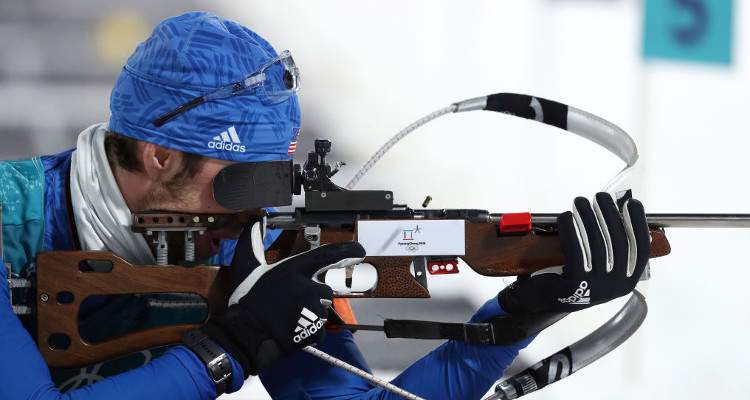 The Biathlon is proving to be one of the most watched sports in the Winter Olympics! It is a combination of skiing and rifle shooting, where the participant has to present both skills. Read on to find out what kind of rifles are being used by the competitors at the Winter Olympic 2018.

The Winter Olympics 2018 is in full swing in Pyeongchang, South Korea and thousands of athletes are hoping to win the ever-elusive medals and make their country proud. One of the events drawing a lot of attention is the “Biathlon,” a definite highlight of the Winter Games.

What Is the Biathlon?

The Biathlon is a winter sport that combines both cross-country skiing and rifle shooting. It is treated as a race, where the contestant who takes the shortest total time to complete is declared the winner. A missed shot results in extra distance or time added to the contestant’s total running distance or time, depending on the type of competition.

The biathlon “is rooted in the skiing traditions of Scandinavia, where early humans worshipped the Norse god Ullr as both the ski god and the hunting god.”

Viewers are eager to know about the guns used in the biathlon and are asking questions about the hardware. Are they real guns? What kind of rifles do they use in the biathlon? Keep reading to find out!

Also Read: Pyeongchang 2018: How Many Events Are There in the Winter Olympics 2018?

Details of the Biathlon Rifle

Biathletes use a small-bore rifle, which weighs at least 7.7 lbs, excluding ammunition and magazines. The rifles use .22 LR ammunition and are both action and straight-pull bolt action. The target range shooting distance is 50 meters.

What Caliber Are Biathlon Rifles?

The .22LR rimfire cartridge was standardized in 1978, and the ammunition is to be carried in a belt worn by the competitor around the waist.

How Much Is a Biathlon Rifle?

Even though the biathlon can be held only in places where there is a substantial amount of snowfall, the sport is gaining popularity. In fact, it was recently reported that though Pyeongchang is an ideal location for the Biathlon, there have been a few weather issues involving high winds! The winds were so bad that Olympic organizers are being accused of putting riders’ safety at risk! After they allowed the women’s slopestyle final to go ahead, many athletes who had to compete in those conditions called it “dangerous” and a “lottery.”

Hopefully, the weather decides to cooperate for the Biathlon events! The Biathlon is one of the most watched events at the Winter Olympics and this year will be no different!