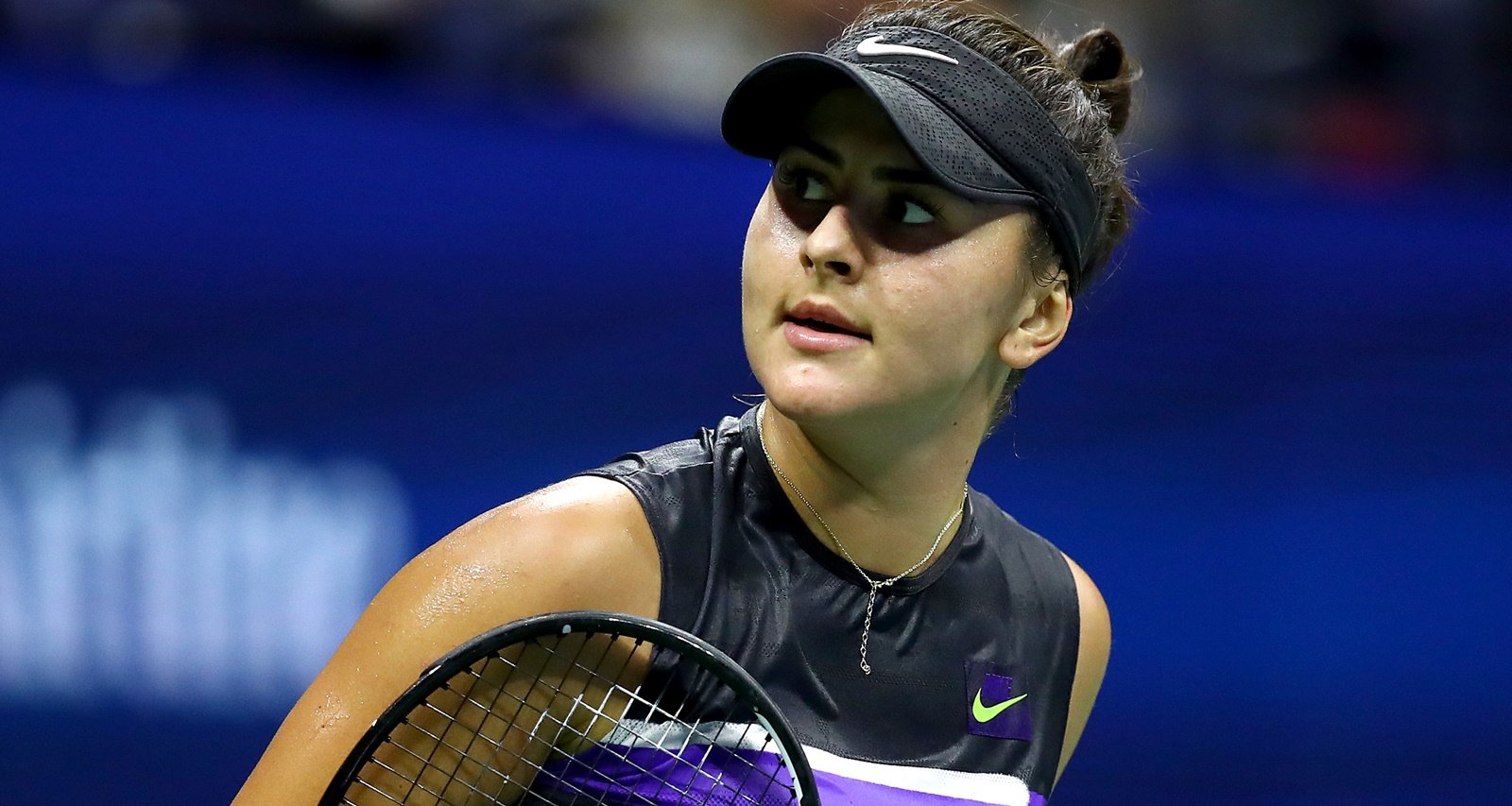 Bianca Andreescu of Canada celebrates after winning the first set during her Women's Singles semi-final match against Belinda Bencic of Switzerland on day eleven of the 2019 US Open at the USTA Billie Jean King National Tennis Center on September 05, 2019 in the Queens borough of New York City. (Photo by Clive Brunskill/Getty Images)

Bianca Andreescu from Canada is the young tennis powerhouse blazing a trail at the 2019 U.S. Open. The No. 15 seed is set to face off against Serena Williams in the finals, but she’s already gaining an army of fans who support her every move. Her first and biggest fans, though, are her parents. Maria and Nicu Andreescu have been by Bianca’s side on the court, and are the proudest of her current winning streak. If you haven’t seen them already, here’s a primer on Bianca Andreescu’s parents.

Bianca Andreescu was born on June 16, 2000, in Mississauga, Ontario, to Maria and Nicu Andreescu. Both Maria and Nicu are from Romania. They came to Canada soon after completing their college studies, in 1994.

Nicu Andreescu graduated from the Technical University of Brasov, Romania with a BS in mechanical engineering. After he married Maria, he accepted a job offer that brought them to Canada.

Maria Andreescu had studied economics at the University of Craiova in Romania. She had just acquired her MBA in financial management.

“We arrived in Canada with two suitcases and that’s all,” recalled Nicu. “We had a great first impression when we arrived, having come from a former communist country. We wanted to go to Canada and start a new life and have a better future for any kids we might have.”

Bianca briefly moved to Romania with her mother when she was six. There, Maria ran a trucking business for two years. Nicu stayed behind to continue working.

Bianca’s Father Is an Engineer

Nicu Andreescu studied engineering in Romania and has been working at Matcor Automotive Inc. as a tooling/gauge engineer since 1996.

Happy Father’s Day daddioo. You’re a true father figure. I also have no idea how you put up with me lol (his face says it all). Te iubesc 💕

Nicu played a little tennis, though nothing like his daughter. The father-daughter share a fond memory of one of their matches years ago. “I had played a little in high school and university. I could hit the ball. So I bet her $50.00,” said Nicu, who promptly lost.

When his wife and daughter moved to Romania, his daughter fell in love with tennis. There, she found her first tennis coach, a friend of her dad’s. Bianca trained with her coach’s son after school in Pitesti.

They visited Nicu in the summers before returning to Canada for good after two years. Upon her return to Canada, Bianca’s tennis career would gain a new trajectory. Tennis Canada scouted Bianca, recognizing her championship-winning swing, and “picked up the bill” for her training.

Bianca chose to represent Canada over Romania because, as her father put it, “Tennis Canada developed her into what she is today.” It’s the reason why Bianca wants to win as many titles as possible for Canada.

Maria Andreescu has been a compliance officer at Global Maxfin Inc., an investment firm, since 2009, shortly after the family returned to Canada.

According to Maria, Bianca was so active and fearless as a child, they were afraid they’d have to put a helmet on her. When seven-year-old Bianca showed her talent with a racquet, her parents channeled her excessive energy into tennis. “She played all sports possible but naturally stuck to tennis,” said Maria.

Happy b-day to THE BEST daughter in the entire Universe. I love you immensely💕💕💕💕

The couple is still adjusting to being in the spotlight as the parents of a rising tennis phenomenon. While Nicu tends to be glued to the TV in their home in Vaughan when Bianca plays, Maria can’t handle the pressure. She tucks herself away in the bedroom and gets periodic updates from her husband.

The anxious parents usually stay home for work while Bianca travels around the world to play. But they sometimes manage to make it to her matches and cheer for her. And if it’s a bad day on the court, they are there to encourage her. Her parents have, however, been a constant presence at the court during the U.S. Open.