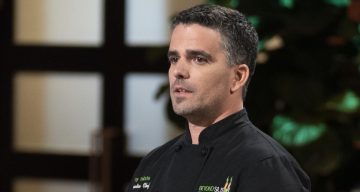 Last night’s (October 21) episode of Shark Tank season 10 saw the show’s first pitch by a vegan restaurant business. NYC residents may be familiar with the newest vegan phenomenon that is Beyond Sushi, since the restaurant chain began expanding in the Big Apple. The culinary genius behind Beyond Sushi, Chef Guy Vaknin, is also a familiar face. Vaknin went from Hell’s Kitchen into the Shark Tank, and while he didn’t survive Gordon Ramsay’s hell, he did win over the Sharks.

Beyond Sushi to Expand on the West Coast

Guy Vaknin wanted to push for a healthy food revolution with his veggie sushi restaurant, Beyond Sushi. He co-founded the restaurant chain with his wife, Tali Vaknin, opening its first location on East 14th Street in New York in July 2012.

The plant-based sushi chain is sans seafood and any kind of meat. Its unusual and vast menu combining fruits and vegetables with whole grains is a huge hit in New York. And now, Vaknin is looking to bring his brand of vegan dining to the West Coast.

Vaknin entered the Shark Tank with a pitch for $1.2 million for a dual stake in Beyond Sushi’s West and East Coast businesses. The Sharks found the deal appealing, given that Beyond Sushi is projected to make over $5.0 million in 2018.

Lori Greiner partnered with guest Shark Matt Higgins to invest $1.5 million for 30% in the West Coast business and 15% in the East Coast operations. Vaknin took the deal, making the first vegan business pitch on Shark Tank a successful one.

He’s from Israel and Has a Military Background

Born on October 7, 1983, Beyond Sushi chef, Guy Vaknin, is 35 years old. He was born in Israel to Moroccan parents, and moved from Tel Aviv to the U.S. to pursue his culinary ambitions.

He grew up in a huge family in his native country, and they had big gatherings where food was the heart of it all. His love for cooking comes from his grandmother, who taught him in her Moroccan kitchen.

After his parents divorced, Vaknin’s mother worked hard to raise Guy and his sister. With his mother busy, Guy took over the kitchen responsibilities and made sure his mother and sister were fed.

After serving in the Israeli Defense Force (IDF), Vaknin moved to New York in 2005 to study computer engineering. But he quickly realized that his calling was in the food industry.

Vaknin worked various jobs in the restaurant industry before enrolling in the Institute of Culinary Education in Manhattan.

His work ethic and calm demeanor are products of his military training, and also why he could handle the pressure in Hell’s Kitchen.

He Auditioned for Hell’s Kitchen Season 8

After graduating from the Institute of Culinary Education in 2007, Vaknin established a catering company, Esprit Events Kosher Catering, with his father. He was the executive chef, with 30 cooks working under his leadership.

Four years into the business, he came across the opportunity to join Hell’s Kitchen season 8 through a magazine. The publication got him an audition for the show but Vaknin wasn’t accepted.

The producers called him back for season 10 in 2012. The experience of working under a chef was new to Vaknin, who ran a family-owned business then. But he likened Chef Gordon Ramsay to a scary commander he worked with in the IDF and adapted.

Vaknin placed 13th in season 10 when he was eliminated after the sixth service. One of Vaknin’s much-talked-about moments in season 10 was when he frankly told Gordon Ramsay not to taste his signature dish. Ramsay tasted it anyway, and the result was not good.

His Wife Is the Inspiration behind Beyond Sushi

Guy Vaknin married Cleveland, Ohio native Tali Vaknin on August 26, 2013. Judging from their social media activity, they are parents to two boys. Their youngest son was born in August 2018.

Tali graduated from the Laboratory Institute of Merchandising with a degree in business administration, fashion merchandising, and event planning. She met Guy in 2010, when he was a budding chef.

Tali followed a vegetarian lifestyle growing up and suggested a vegetarian sushi roll recipe to Guy. Together they developed a healthy and delicious veggie sushi menu.

Vaknin first experimented with his new sushi menu while working at his family’s catering company. After Hell’s Kitchen, he decided to bring his and Tali’s vegan menu to more people and opened the first store for Beyond Sushi in 2012, the same year they got engaged.

While Guy handles the food, Tali keeps their chain of restaurants running smoothly. Both cite the lack of sustainable fishing practices as an important reason to develop their fishless sushi menu. 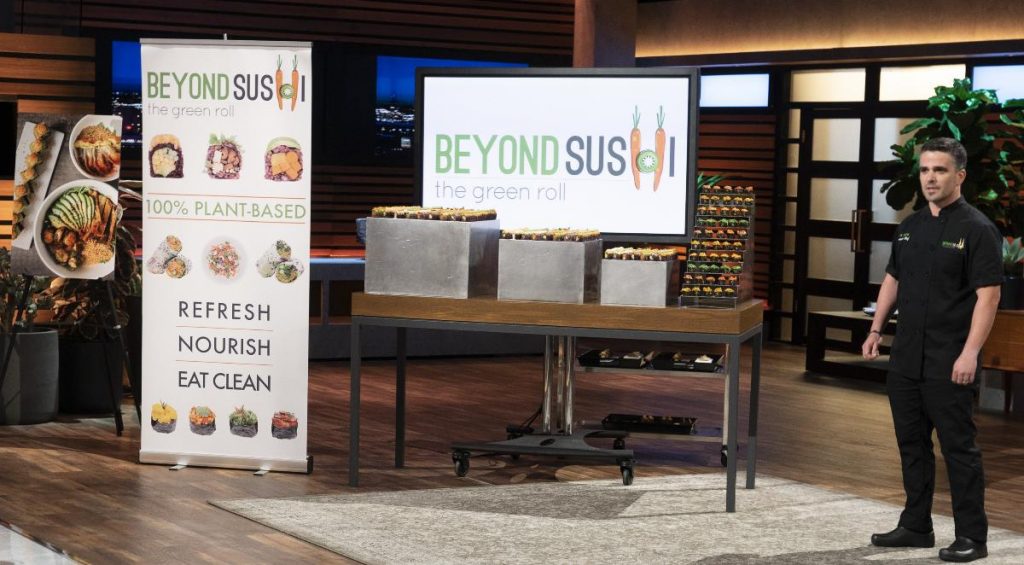 Tali was also instrumental in getting Guy on Shark Tank. “My wife [and business partner, Tali Vaknin] has been trying to get me on the show for years,” Guy said before the episode premiered. “I said no. But this year, I said, ‘Let’s do it’. She did all the paperwork, and it didn’t happen. Then someone connected to the show said, ‘Hey, I heard about you, and I want you to get on’.”

Soon, Guy Vaknin was filming for Shark Tank in June. Now, the husband-wife duo is bringing Beyond Sushi to the West Coast with the help of Matt Higgins and Lori Greiner.