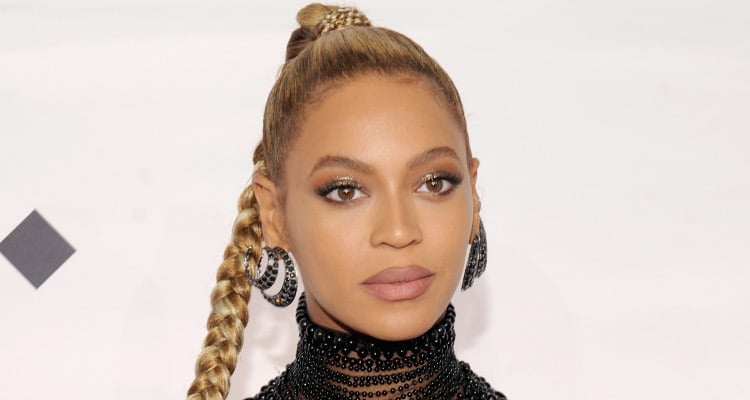 Beyoncé shocked fans yesterday afternoon with news that she is pregnant with twins! She posted photos from her pregnancy photo shoot, and we have the pictures right here.

There was a time when celebrities would try to hide their baby bumps, because being pregnant meant that it was more difficult to find work in the industry. All that changed when actress Demi Moore appeared pregnant and naked (covered only in body paint) on the cover of Vanity Fair. She opened the door for pregnant celebrities to show off their baby bumps instead of trying to hide them. Beyoncé just did a photo shoot where she showcased her pregnancy, and announced that she and her husband Jay Z are expecting twins. Here are the flawless pictures from Beyoncé’s pregnancy photo shoot. 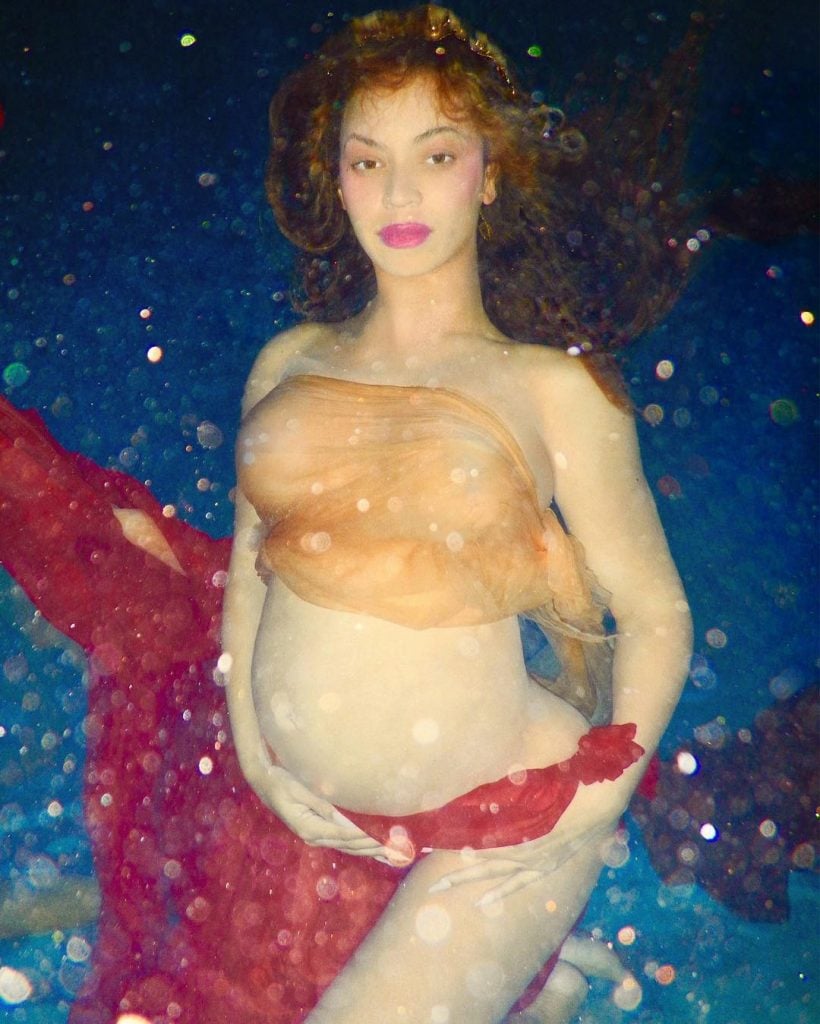 Beyoncé is married to rapper and music mogul, Jay Z and the couple have a daughter named Blue Ivy Carter, who is five years old. The couple have managed to keep the lid closed on their latest pregnancy announcement, and only just now shared the news with their fans! Beyoncé posted this photo on her Instagram account with a caption revealing her pregnancy, and the picture had quickly become the most-liked photo on Instagram of the day. More of Beyoncé’s pregnancy photos were posted, and we have them here! 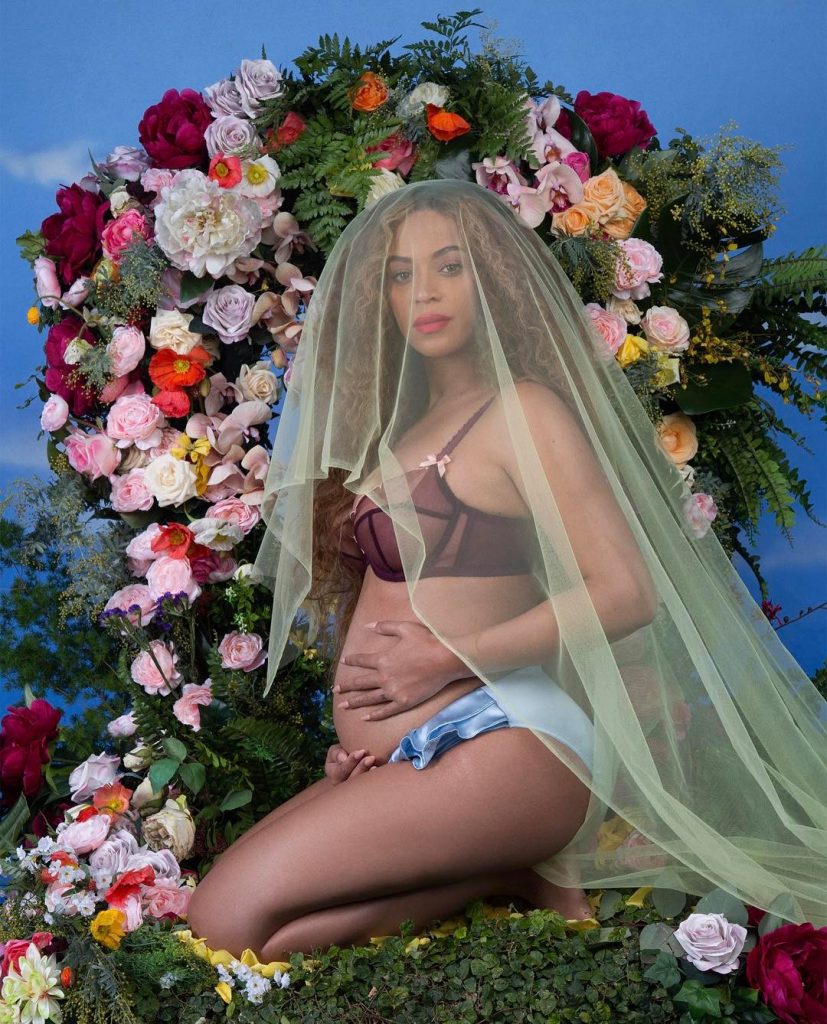 Each shot was taken with care and imagination. One has Beyoncé sitting on a wooden throne, decorated with flowers and ivy. Others showcase Beyoncé underwater, again looking absolutely stunning. There are also pictures of Blue Ivy looking at her mother, holding flowers, and even kissing Beyoncé’s belly. Both Beyoncé and Jay Z have acknowledged and thanked fans for the tremendous support they have given them over the years.

A Message to Fans 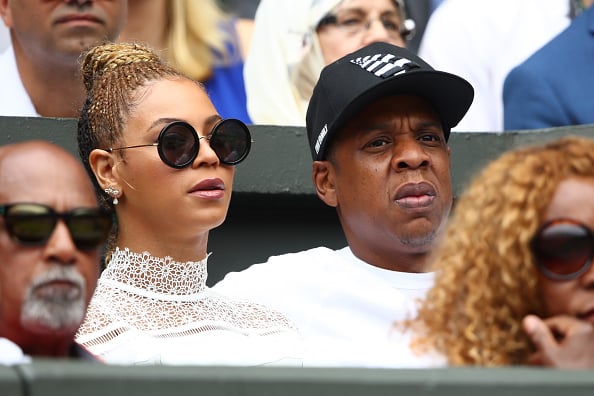 The happy couple have sent a message to their fans saying, “We would like to share our love and happiness. We have been blessed two times over. We are incredibly grateful that our family will be growing by two, and we thank you for your well wishes.” Despite debunking the rumors of a troubled marriage after Beyoncé released Lemonade, many still speculated that their marriage was on the rocks. However, now it is very clear that she and Jay Z are closer and stronger than ever. 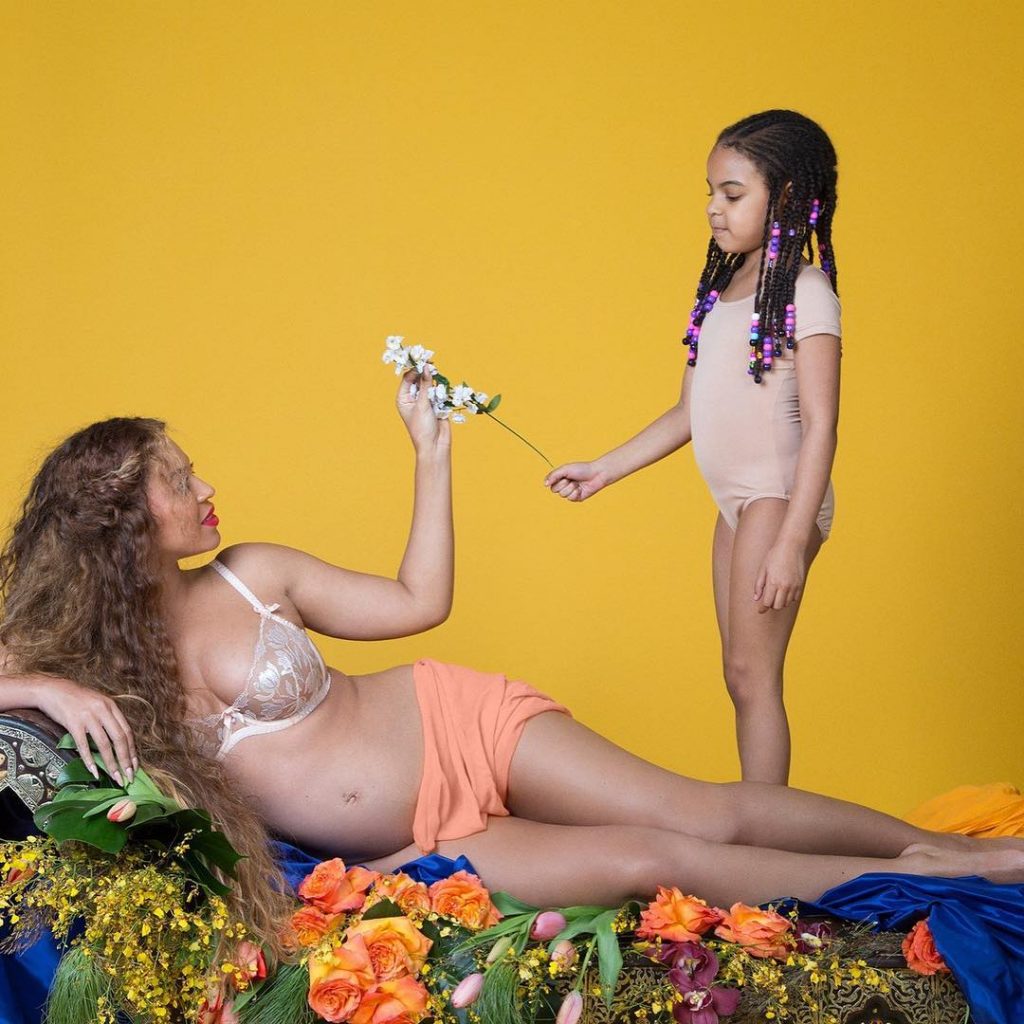 The twins will have no problem making friends, considering the couple’s plethora of famous peers within their circle and the fact that Beyoncé’s former bandmate, Kelly Rowland’s kids are close to Blue Ivy. Speaking to E!News, Rowland said, “Yes, they are extremely close. It’s the sweetest thing. It’s the greatest thing about friendship when you are able to grow up together and your children are able to grow up together and it’s just years.”

Beyoncé has joined a long line of women who have empowered their baby bumps with stunning photo shoots. These women show how beautiful pregnancy can truly be, and that it is not something to hide or shy away from. There is no news yet on when Beyoncé is due, but we cannot be happier about the news!