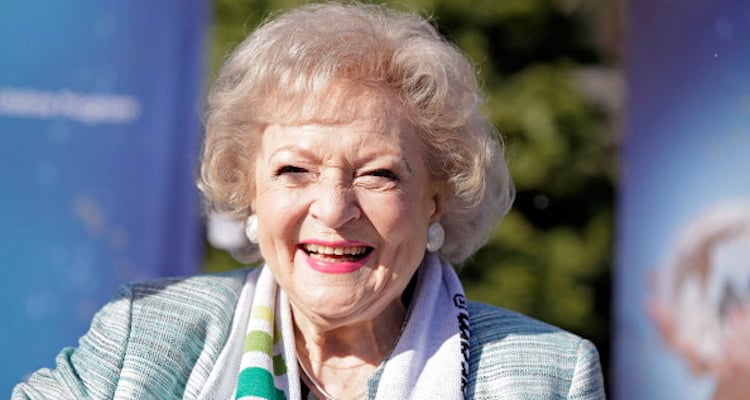 Today is January 17 and this year marks the 96th birthday of Betty White! The comedic actress is still kicking, quirky, and as funny as ever. To celebrate her birthday, here are some funny Betty White GIFs and Betty White memes!

Just last week in an interview, White gave some life advice and guidance on longevity. “Accentuate the positive, not the negative,” she advised. “It sounds so trite, but a lot of people will pick out something to complain about, rather than say, ‘Hey, that was great!’ It’s not hard to find great stuff if you look.” Truer words may never have been spoken!

She added that she tries to always see the funny side or the upside of a situation, instead of the negative. “I get bored with people who complain about this or that. It’s such a waste of time,” she says.

Despite her six Emmys, impressive resumé, and the fact that she’s almost a century old, White shows no signs of slowing down! “I just love to work, so I’ll keep working until they stop asking,” she said.

Betty White’s age may be 96, but she seems to be a vibrant and energetic as ever! She was born January 17, 1922, in Oak Park, Illinois to Horace White and Tess White. She was married a few times, first to Allen Ludden from June 1963 until his death in 1981; then Dick Barker until their divorce; then Lane Allen from 1947 to 1949 when they divorced. She has three stepchildren with Allen Ludden named David, Martha, and Sarah.

The hashtag #BettyWhite began trending on Twitter this morning, and fans who were unaware it was her birthday immediately assumed the worst… Some wrote comments such as:

“Oh good. Se’s alive. Can we please start using #HappyBirthdayBettyWhite instead of #BettyWhite next year???????,” and “PLEASE whenever y’all make #BettyWhite trend, INCLUDE WHY IN THE # ie #BettyWhiteBDay I almost had a heart attack!”.

Another fan nearly had a breakdown: “#BettyWhite is alive and well. I on the other hand am a quivering wreck, texting from, the floor. (Still no ‘it’s OK, this trending celebrity did not die’ warning!)”

#BettyWhite is alive and well. I on the other hand am a quivering wreck, texting from, the floor.

(Still no ‘it’s OK, this trending celebrity did not die’ warning!) pic.twitter.com/7r35B1vJzz

Other fans also made jokes about the hashtag: “#BettyWhite is trending, so of course, in her case, I immediately assumed she had been accused of inappropriate sexual advances toward some young stud.”

Thankfully, there’s nothing to worry about and she’s just going to keep making us laugh. Happy birthday, Betty White!