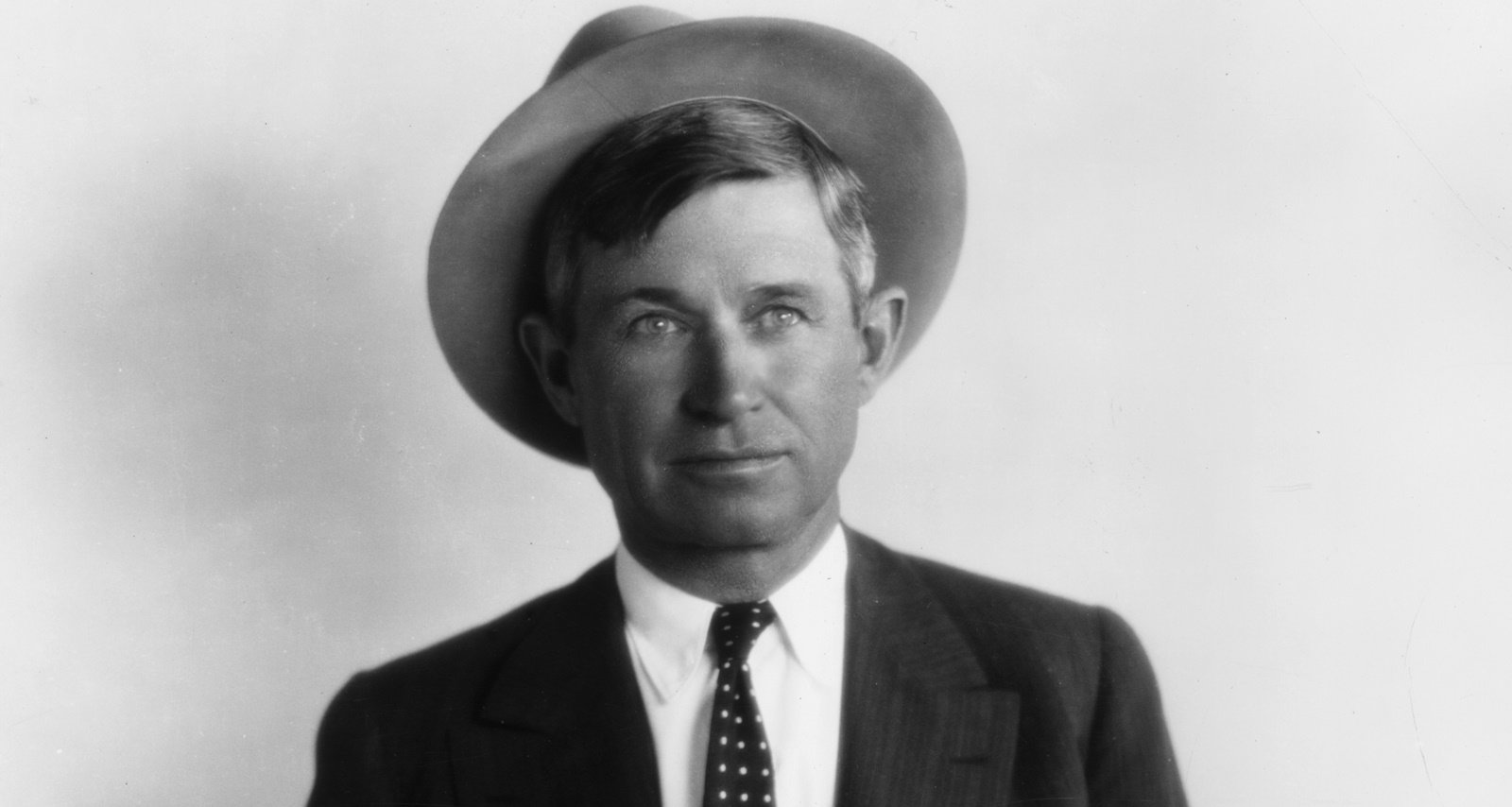 circa 1925: Studio portrait of American actor, humorist, and lecturer Will Rogers wearing a hat and a polka dot tie with a pinstriped suit. (Photo by American Stock/Getty Images)

The iconic Cherokee actor Will Rogers was born on November 4, 1879 and Google honored his 140th birthday with a cowboy doodle. With a diverse career and enough humorous aphorisms to remember him by, his persona is forever immortalized. But who was Oklahoma’s favorite son married to? Betty Blake and Will Rogers shared 26 years of married life together before the actor’s death in 1935. They are both survived by their children who followed their father’s footsteps. Our Betty Blake wiki shares more insight into their relationship and their family.

Betty Blake Is from Arkansas

Betty Blake was born on September 9, 1879, at Silver Springs (now called Monte Ne, Benton County) in Arkansas. She was seventh in James and Amelia Blake’s family of nine children.

Her father, James Wyeth Blake, was a miller who died when Blake was a child. Her mother, Amelia Crowder Blake, supported her children through dressmaking. Meanwhile, a young Betty pursued her theatrical passions.


Will Rogers Proposed to Blake Twice

Before he’d become the “Cowboy Philosopher,” Rogers met Blake in 1900 at her sister’s house in Oklahoma. Their similar sense of humor and love for music brought them closer.

Their relationship withstood periods of physical distance while Rogers was on the road as a circus performer under the name The Cherokee Kid. She was a clerk at H. L. Stroud Mercantile Company and set type at the Rogers Democrat while corresponding with Rogers on the road.

As he was making his name in show business, he proposed to her in 1906. She was, however, unsure of the longevity and stability of his entertainment career and turned him down.

But the vaudevillian icon was persistent and proposed to her again a year and a half later. This time, he promised they’d settle down in an Oklahoma ranch after he completed his final tour.

Happy 140th birthday to Will Rogers! Oklahoma’s Favorite Son met Rogers, Arkansas’ own Betty Blake while she was visiting her sister in Oologah. They married at the Blake home in downtown Rogers in 1908. pic.twitter.com/xNldVyY0m3

She accepted and they tied the knot on November 25, 1908. Soon, the new Mrs. Rogers warmed to her husband’s showbiz career. In fact, she encouraged him to push his boundaries, helped him select scripts, and urged him to enter the lecture circuit.

Don’t Miss: Who Is Kris Kristofferson’s Wife? Wiki and Facts To Know About Lisa Meyers

Rogers and Blake’s Son Was a U.S. Representative

When a movie contract brought Rogers to the West Coast, the family settled in a ranch in California and Blake visited Rogers at work occasionally.

Alongside a thriving motion picture career, Rogers ventured into politics. Famous for his quips on political scenarios and his apolitical beliefs, the official supporter of the Democratic Party did a mock-campaign for the presidency in 1928.

Unlike his father’s parody presidential run, Will Rogers Jr. really did have a political career. After resigning from the U.S. Army, he served as a Democratic U.S. Representative from California from 1943 to 1944.

The younger Will also had a minor acting career. But after suffering from several health issues, he ended his life in 1993. He is survived by his two adopted sons, Clem Adair Rogers and Carl Connell Rogers.

Blake and Rogers’ only daughter, Mary, was a Broadway actress. She passed away in 1989 after a brief illness.

Jimmy Rogers was their last surviving child until his death in 2000 of cancer. He was a cowboy and cattle rancher with a minor acting career. He is survived by two sons and a daughter.

Blake Set Up Memorials in Her Husband’s Honor

An avid aviator, Rogers died in a plane accident with fellow aviator Wiley Post on August 15, 1935. Blake didn’t allow her husband and his contribution to pop culture to be forgotten after his tragic death.

She contributed to the creation of the Will Rogers State Park at the Santa Monica ranch and the Will Rogers Memorial in Claremore, Oklahoma. She also wrote and published Will Rogers: His Wife’s Story in 1941.

Before his death, Jim Rogers was the family representative on the Will Rogers Memorial Commission. Will’s great-granddaughter later approved the merger of the Commission and the maintenance of the museum with the Oklahoma Historical Society.

Will Rogers was re-interred in a tomb in that museum overlooking the city of Claremore. After Betty passed away from cancer on June 21, 1944, she was buried next to him. Their children, along with Jim Rogers’ wife and oldest son, are also interred there.