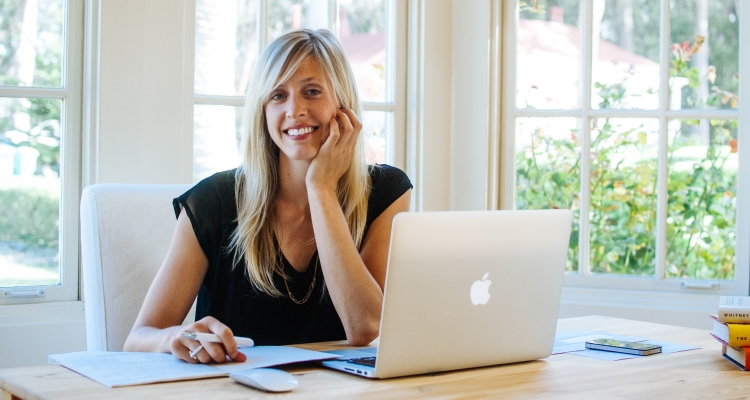 BetterBack was invented to improve the posture of people everywhere who suffer from back pain due to sitting and slouching. Katherine Krug invented the product and took it to Shark Tank with the hopes of striking a deal with the sharks and better market BetterBack to the masses. Since her pitch on the show, the company is doing very well for itself. Looking for a BetterBack Shark Tank update? We’ve got all the details here!

What Is BetterBack All About?

Katherine Krug is the mastermind behind this helpful product. She is originally from Las Vegas, Nevada and comes from a mechanical engineer degree background. It was in April 2015, that Katherine came up with this idea after a start-up she co-founded failed.

Soon, she came to a realization that sitting and working at her desk for up to 14 hours was the cause of her backaches and her posture was also being affected.

So, she did some research and came up with the product, BetterBack. She knew that there were plenty of other people in her position, working at desks for long hours and struggling with the pain that came with it.

Many were unaware they were even slouching for a good percentage of the day! So, she worked with a team of designers and prototypers to come up with a product that would help all those who encountered back pain issues. Her campaign was very successful and she managed to raise over $1.65 million on a $12,500 goal.

In fact, Katherine was the first solo female entrepreneur to break the million dollar mark on Kickstarter! According to the website, BetterBack “allows you to effortlessly sit in perfect posture, easing backpain—and preventing it.

Lightweight and portable, it makes every chair ergonomic. Wearing it for just 15 minutes a day can retrain your body’s default posture, so when you stand or sit without BetterBack, your posture is greatly improved.”

A Best Seller on Amazon

BetterBack has received positive reviews from people all over. In fact, it is the best selling product on Amazon. More than 30,000 people use the product and $3.0 million is funded with Indiegogo.

People can choose between two products, the BetterBack and BetterBack Plus. They ship worldwide and the products have a ten year warranty period.

You can even wear the product while traveling, working in the office, meditating, studying, and watching TV. It is light, portable, and fits any size!

Season 7 of Shark Tank introduced the viewers to this brilliant product and since then, fans have been curious to see how it’s been doing.

Katherine came on the show with the hopes of getting $750k for 7.5% of her business. She explained to the sharks (Mark, Barbara, Kevin, Robert, and Lori) the importance of her product and how effective it really is.

Following her pitch, she asked the sharks, “Who’s got my back?” Initially, when she gave the samples to them, they had a difficult time putting them on. But Katherine assured them that after doing it two-three times, they would get the hang of it.

Back then, Katherine had 10,000 units leaving her factory and another 20,000 on the way were coming in. She explained to the sharks that the product costs around $8.50 to make, and sells for $59 each.

At that time, Katherine had $875k in the bank. Barbara wanted to understand Katherine’s plan, to which she said that she was “growth hacking Amazon.”

Barbara thought that the business was over-valued and Mark said that the biggest problem was valuation, so the two of them were out. However, Robert offered $750k for 20%, stating the risks involved in the business.

Kevin offered $750k for 25% and told her that the deal was reasonable. Lori offered Katherine $750k for 20% of the business.

Kevin and Lori seemed to be fighting over the deal, so Kevin offered a $750k loan for two years at 7.5% and 5% equity. Lori offered the loan for the same amount but for three years, and she wanted 8% equity.

After a bit of hesitation, it was Lori that Katherine went with and the two struck a deal. Ultimately, the deal was $750k at 7.5%, plus 8% equity.

Following BetterBack’s appearance on Shark Tank and signing a deal with Lori, the company is doing wonders. In fact, at one point in time, BetterBack was sold out on Amazon!

Now, they have expanded from a one-person firm into an international team! Katherine now works with people from Brazil, the UK, and the Philippines.

Their future plans include partnering with doctor networks and corporations. Hopefully, they will also be on QVC very soon!

In March 2018, Katherine launched a Kickstarter campaign for their newest product, SuperStraps. When it is attached to the straps of a backpack, the product helps to relieve shoulder, neck, and back stress caused by the backpack. Different from the BetterBack, this helps people who feel the stress in their shoulders, targeting a whole new part of the body that people feel stress on.

This was her third campaign and she raised over $1.0 million in crowdfunding.

And since BetterBack is doing so well, why not expand the business? Since appearing on Shark Tank, BetterBack exceeded their campaign goal of $18,000 by 400% on the first day itself! By the end of March, around $345,000 was raised.

Superstraps is currently available for $49.00 and pre-ordering of the product has already commenced.

They have even launched one more product called the Smart Stand, which is available for sale only in the U.S. and retails at $49.00

It is a laptop stand that is ergonomic and highly adjustable to protect your neck and back. It makes working or watching anything on the laptop a heck of a lot easier!