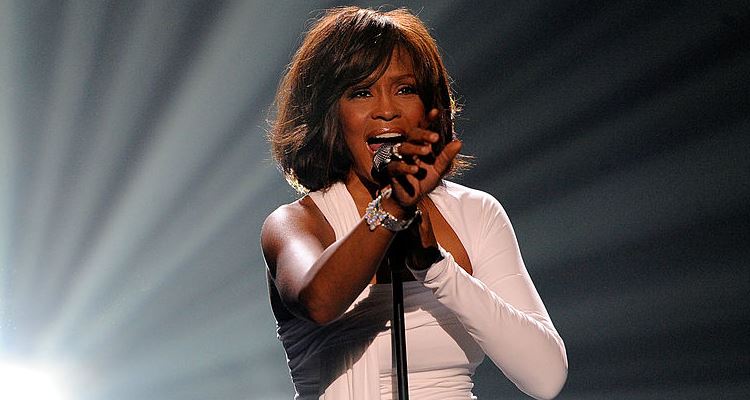 There’s no doubt that Whitney Houston, also dubbed ‘The Voice,’ is still considered one of the greatest talents and female vocalists of all-time. From the very beginning of her prolific and illustrious career, she was already considered a powerhouse of an entertainer and a force to be reckoned with, the likes of which the world had never seen before and will probably never see again. With an astonishing vocal range of C3-C#6 (3.1 octaves), it’s not surprising that Whitney Houston’s album sales during the height of her career remain unmatched by any other singer, even 5 years after her untimely death. Even though she didn’t write any of her music, only Whitney Houston possessed the immense talent and capability to bring the lyrics that were written for her, to life. Whitney Houston’s greatest hits are all evidence that her immeasurable talent can never be duplicated. Check out our favorite Whitney Houston songs list for an idea of why we love this iconic powerhouse so very much!

Arguably one of the best Whitney Houston songs ever, it’s hard to believe that this beautiful and heart-wrenching power ballad was originally a country song written, performed, and recorded by the legendary country singer, Dolly Parton! Numerous other artists have recorded their own renditions of this song, but to this day, it’s Whitney Houston’s recording that remains relevant above all of the others! Actually, when asked, most people assume that she was the original singer! The song appeared on the soundtrack for The Bodyguard (1992) and helped revive Houston’s career in the mid-1990s.

I Wanna Dance with Somebody was written specifically for Whitney Houston by songwriters/musicians, George Merrill and Shannon Rubicam of the popular 1980s group, Boy Meets Girl. The musical duo also wrote another huge hit for Houston, How Will I know (1985). They’ve written songs for countless other artists, including their own group, but the two songs they wrote for Whitney Houston are among some of the most popular compositions throughout both of their professional careers. And it’s no wonder! Both songs are fun, catchy, lighthearted ditties that are still very well known to this day!

Whitney Houston’s musical legacy will continue to live on for decades to come, as fans all over the world keep listening and discovering different aspects of her music. It’s undeniable that her songs are timeless gems and should be regarded as such. We miss you, Whitney, your music was the greatest gift of all.