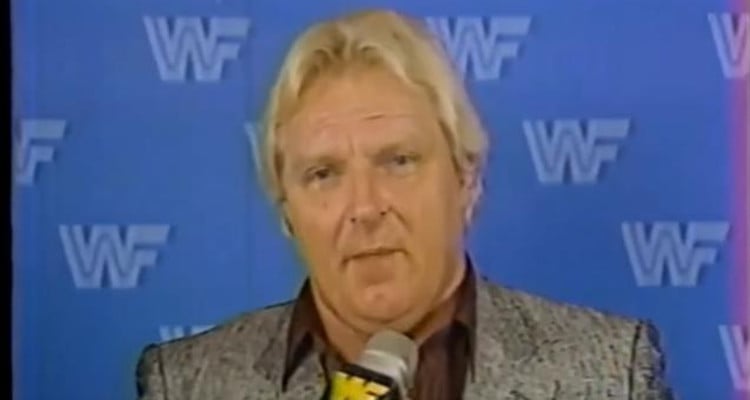 Bobby “The Brain” Heenan had a long career in the WWE and AWA as a celebrated manager of the Heenan Family. But his best moments were when he took the mic to spout some of the most hilarious quotes of the wrestling ring.

Bobby Heenan passed away on Sunday leaving behind the legacy as one of the greatest managers in wrestling history. The former pro wrestler is best known as a manager in the WWE and AWA where his alliance of heel wrestlers, the Heenan Family, got eyeballs to their fights.

But Bobby Heenan will be forever immortalized in wrestling history for his hilarious quotes. Here are the best quotes from Bobby “The Brain” Heenan.

A Way with Words

When neck injuries prevented Heenan from doing the grueling job of managing heavyweight wrestlers, Heenan dedicated the latter half of his career to broadcast journalism. With a knack to say the most ridiculous and entertaining things, WWE owner Vince McMahon tapped Heenan for Prime Time Wrestling and All American Wrestling on the USA Network.

He was the color commentator that supported the late host, Gorilla Monsoon. His comedic verbosity annoyed Monsoon on camera, so they obviously had some kayfabe feuds on on-air. And when McMohan retired from broadcast, they made a storyline of Monsoon kicking out his partner from the show. But after their kayfabe story, these two best friends cried about parting ways professionally.

Monsoon passed away in 1999 and Heenan’s fans are now glad he is reunited with his old friend. On a lighter note, Twitterverse is imagining the conversation between Monsoon and Heenan, which is sure to end with Monsoon yelling, “Will you stop?”

Between Monsoon and Heenan’s banters, Monsoon was known for his fixed catchphrases to Heenan’s silliness like, “Will you stop?”, “Give me a break!”, or a sarcastic, “Please!”

Here’s a compilation of the most hilarious quotes from the brain of “The Brain.”

#2. What did his one and only wife, Cynthia Jean have to say about that?

Heenan: I know all about cheating. I’ve had six very successful marriages.

#3. You can never have just one favorite!

All the rest are tied.

Heenan: Do you know what Koko B. Ware’s mom’s name is?

#5. As heel manager, Heenan advocated cheating if it means winning

Heenan: You can win, it’ll just cost you some money.

Okerlund: It’s very important, first of all, to address the ball.

“Oh my, what a GREAT scientific move—a punch to the head!!”

(Bobby Heenan on Kerry Von Erich and his Tornado Punch)

#8. It doesn’t take long to change his mind

Monsoon: Why? A disqualification will save his title.

Heenan: Okay … then nail him!

Monsoon: What are you doing?

Heenan: I’m showing ya. The referee could’ve broke the hold. He’s intimidated by that monster.

Monsoon: Why don’t you go down there and referee?

Ross: Hogan’s giving the money away!

Heenan: Hold my headset! I’m gonna go get some cash!

#11. Barber and Barbarian mean the same to Heenan

(The Barbarian enters the Rumble)

Heenan: The Barbarian doesn’t like anybody. When I managed him he barely liked me! Why do you think they call him the Barbarian? He’s not a hairdresser on his day off!

Heenan: I’m a legend in this sport. If you don’t believe me, ask me.

(Not long after, Piper proceeds to attack Flair)

Heenan: You no-good creep! You skirt-wearing freak! It’s not a kilt, it’s a skirt!

Monsoon: I know you don’t.

#15. When your Spanish is rusty

Monsoon: There it is, El Paso del Norte!

Heenan: What did you say that move was, Extra Hot Pace Picante?

Monsoon: Will you stop!

Heenan: You know, if you want to be fair to Flair, you’ve gotta be fair and say that’s heckuva robe. Only a man as fair as Flair, would show up at Wrestlemania …

Monsoon: WILL YOU STOP?!

McMahon: What are you doing with that ridiculous-looking crown on?

Heenan: Well, you little stupid peasant, I happen to be Sir Bobby, the King of England.

McMahon: Henry VIII would be rolling over in his grave, Bobby “The Brain” Heenan, if he could see this! Nonetheless, the only thing royal about you is you’re a royal pain.

Heenan: Now remember this, when a man sticks his hand out to you, you shake it. Then kick him really hard when he’s not looking.

Hayes: Thank you so much Bobby for that kind introduction.

Heenan: It was written down. I didn’t come up with it.

McMahon: You’re asking and answering your own questions, you really are “The Brain,” aren’t you?

McMahon: Yeah right, when you’re with what?