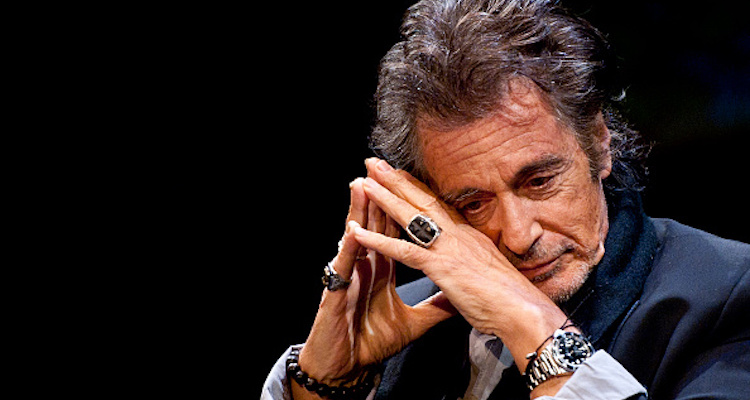 They don’t make ’em like Al Pacino anymore! The 77-year-old Oscar winner has a new role coming up and we expect nothing less than greatness. Al Pacino’s movies made him a certified A-lister back in the ‘70s and with his upcoming film, we want to revisit the actor’s best movies of all time. We’ve highlighted all his best films, right here on our Al Pacino movies list.

Pacino is set to star as late college football coach and Penn State legend, Joe Paterno. The HBO movie has finally received the green light after two years, and it will be directed by Barry Levinson. The movie is untitled, but will chronicle the fall of the Penn State football coach, whose legacy was undone when the public found out that he, and others in the football program, were aware that former defensive coordinator Jerry Sandusky was molesting children, and worse, did nothing to stop it.

In 1972, Pacino was just an unknown actor but gave the performance of his life that would solidify his place in cinematic history. Pacino played gangster Michael Corleone in The Godfather, and all of Hollywood took notice. If Rotten Tomatoes and Instagram were around at the time, the film would have received a perfect rating in real time, but it did amazingly well all the same. Movies back then were simple; with a simple budget that focused on a great story, instead of relying on special effects. In The Godfather’s case, Pacino was the special effect.

In 1974, Pacino reprised his role and gave an encore performance that audiences still talk about today. Out of all the Robert De Niro and Al Pacino movies, The Godfather: Part II is one of the rare films that break the sequel curse. In most cases, sequels are never as good, or better, than the first and viewers end up disappointed. When the first movie comes out, it’s fresh and everyone is surprised by what they see. But once the sequel comes out, you start to see that it doesn’t quite measure up to the original. Yet once again, Pacino brought an Oscar-worthy performance to the big screen.

One of Al Pacino’s best movies of all time that continues to be a classic to movie lovers everywhere. This is arguably the film that should have won Pacino an Oscar in 1983, but sadly that was not the case. Pacino played the role of famous drug lord, Tony Montana in the film that’s still quoted today. It’s not the most original genre, but Pacino brings his talent and grit to the role, giving it a memorable reputation.

Scent of a Woman

After six prior nominations, Pacino won an Academy Award for his 1992 film, Scent of a Woman —though, many believed that it should have been given to him years ago for Scarface or The Godfather. In this movie, Pacino played a blind man who was being watched by a prep school student. It’s believed by many that it’s not his best performance, but is still one of his best. Either way, it made our list!

In 2007, Pacino joined the all-star cast in the Brad Pitt-George Clooney franchise as its newest villain, Willy Bank. He betrayed the team, which of course forced the team to strike back. For Pacino, this role was more about the pure enjoyment of getting back in the habit than it was earning awards.

We may not have seen much of the actor lately, but with decades of successful films to look back on, it’s no surprise he’s laying low and likely enjoying the fruits of his labor. We can’t say we blame him! However, it looks like he’s got roles in a few upcoming movies, so keep an eye out for Pacino to return to the big screen soon!