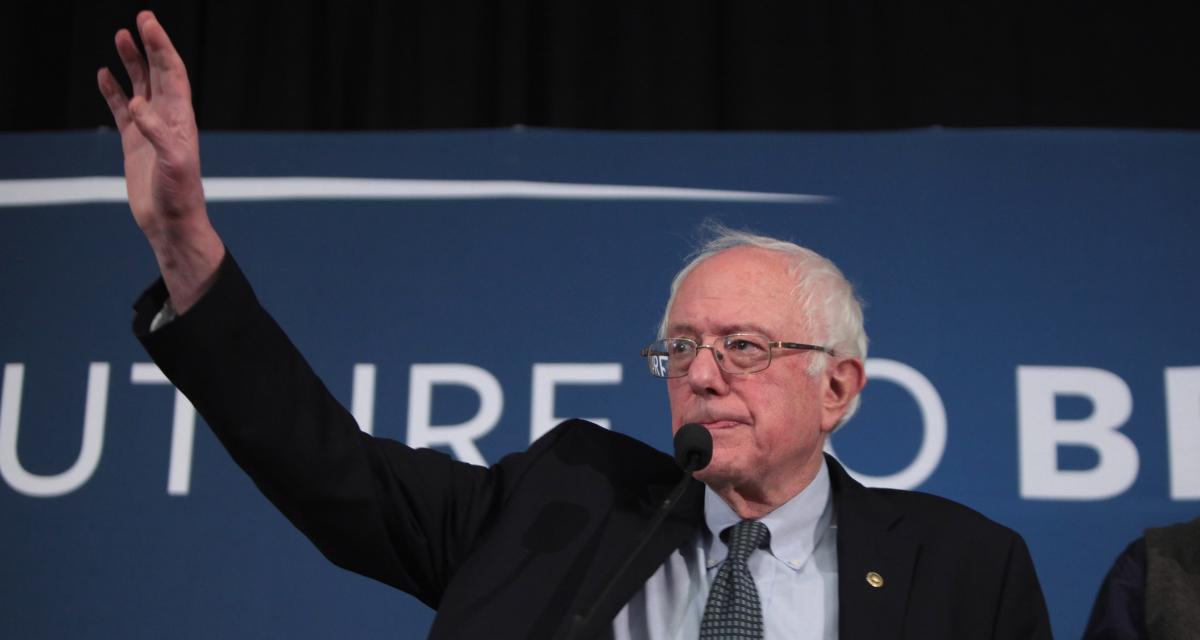 Although sources differ on the exact amount, one thing is for certain—Sanders’ net worth is much lower than other presidential candidates. His modest half a million dollar worth is raised by his extensive political career for over five decades, keeping in mind that Sanders has also managed to raise over $16 million for his current presidential campaign.

Unlike Donald Trump, Bernie Sanders has remodeled his presidency policies with a beneficial guideline to the country’s working class, rather than laying out schemes to help the rich get even richer. Even though Trump is trending more than Sanders, the former has managed to get a “virtual tie” in the recent Iowa Democratic caucuses with the current presidential frontrunner Hillary Clinton.

Bernie Sanders’ half a million net worth seems like nothing when compared to Hillary Clinton’s $30 million net worth, and looks even teenier next to Donald Trump’s $4 billion fortune. Bernie Sanders is a junior Senator from Vermont who has been politically active since the early ‘70s. Sanders was part of the Liberty Union Party from 1971 to 1979. In 1981, he was elected as the Mayor of Burlington in Vermont and held the position for four terms (two years each). He also served as a member of the U.S. House Of Representatives from Vermont from 1991 to 2007, and later became the Chairman of the U.S. Senate Committee on Veterans’ Affairs (2013-2014). Here’s a look at Bernie Sanders’ estimated net worth throughout his political journey so far.

As you can see, Bernie Sanders’ net worth fluctuated over time, especially when it dropped by over 36% in 2008 due to the financial crisis of market recession. His net worth drowned to just over $100,000 in 2009, but bounced back to over $450,000 in 2012. It should also be noted that Sanders did not earn a whopping $87,500 between May and August 2015—the difference occurred due to his amendments on his financial disclosure forms.

Benefit to His Political Career

The 74-year-old has a modest net worth, which puts forth a positive image for his campaign. Considering that the average senate net worth over time generally tends to hover over and around $10 million, Bernie’s half-a-million average net worth is definitely decent and can actually work in his favor—some would argue that him not being richer than most of the other senators improves his trust among the working class, making him a part of a more average income group.

Sources have revealed that as of July 2015, Sanders has brought in about $16.4 million for his campaign’s fundraiser. Although this is nowhere near Hillary Clinton’s fundraiser bringing in more than $47 million, Sanders is in the second spot in the fundraiser race, while Jeb Bush and Ben Carson are trying to close in with over $10 million from each. Bernie’s funds are raised at an integral level by spreading his messages to individuals, with reportedly as little as 20% of the donations being made by large handouts from corporations. Almost $15 million of it is said to have been chipped in by individuals via small contributions.

Bernie Sanders Debts vs. Others

While Hillary Clinton topped last year’s Forbes analysis of “The Richest and Poorest Presidential Candidates,” Bernie Sanders was in the third spot, but from the bottom—in fact, he was reportedly one of only three presidential candidates who didn’t surpass a million dollars’ worth of debt. This may be because Sanders happens to own just few assets, including his home in Vermont. Meanwhile, Bernie Sanders’ Democratic comrade Martin O’Malley (who recently ended his presidential campaign after failing to compete against other better-funded campaigns) still struggles with severe debt, and Marco Rubio may have as little as $100,000 net worth after factoring in his debts and liabilities, which reportedly include a boat and a luxury car. Sanders’ debts are estimated to be somewhere between $25,000 and $65,000.

Sanders had spilled about his net worth in a recent democratic debate, claiming he’s the “only candidate running for president who is not a billionaire.” This happened to be a dig at Donald Trump, who’d previously called Sanders a “wacko” who spends money to make him (Trump) look dumb. But Sanders is still way ahead of other Republican senators, like Mike Lee from Utah who is estimated to have a net worth of just over $200,000. And Sanders sweeps far ahead of Republicans like Senator Jeff Flake from Arizona (-$92,000), Senator Roger Wicker from Mississippi (-$114,000), and Senator Cory Gardner from Colorado (-$223,000).

Presidential candidate Bernie Sanders isn’t filthy rich, but is humble and hopeful that his net worth of over $500,000 will be just enough to make him look modest and relatable in front of the common citizens. After all, it’s their votes that will make the difference for Bernie Sanders, provided that they “Feel the Bern!”

The greed and the illegal behavior of Wall Street drove this economy to its knees. It’s Wall Street’s time to help the middle class.