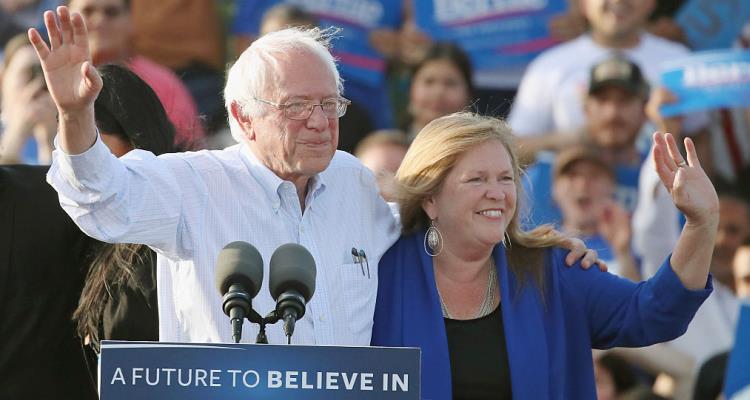 U.S. senator and 2016 presidential candidate Bernie Sanders isn’t the CEO of a major company and he more than likely doesn’t smoke marijuana. Yet, in a recent Twitter post, Sanders made it clear that between CEOs and pot smokers, there’s one that he would much rather throw his support behind.

In the post that went up yesterday evening, Sanders asked a simple, but profound question: “How is it that a kid who smokes marijuana gets a police record, but the CEO of a company that ruins people’s lives has no criminal record.” The fact that he would have an issue with someone being penalized for smoking weed shouldn’t come as a surprise; the Democratic candidate has long been a supporter of the legalization of marijuana, having filed a bill in November to do just that. His “Ending Federal Marijuana Prohibition Act of 2015” would revise the Controlled Substances Act to no longer mention the product.

How is it that a kid who smokes marijuana gets a police record, but the CEO of a company that ruins people’s lives has no criminal record.

However, what’s interesting is that this recent Twitter post isn’t the first time Bernie Sanders has made a connection between pot smokers and corrupt CEOs. In September, Sanders said, “It is not acceptable that many young people have criminal records for smoking marijuana, while the CEOs of banks whose illegal behavior helped destroy our economy do not.”

Although Sanders has tweeted about this particular issue in the past, it seems that he got a lot of people’s attention this time around, given the over 11,000 retweets and 19,000-plus likes. Unfortunately, the majority of the comments were not very supportive, with many pointing out the fact that technically, the kid smoking marijuana actually committed an illegal act, whereas the CEO did not.

Other anti-Sanders followers used the opportunity to attack the Democrat’s other policies. But if it’s any consolation for Bernie Sanders, the people saying these things probably weren’t going to vote for him anyway. So, as long as his message reached even a handful of supporters, it served its purpose.

In what some might perceive as a follow-up note, Sanders posted the following tweet this morning: “We judge a country not by the number of millionaires and billionaires it produces, but by how it treats the most vulnerable people.”

We judge a country not by the number of millionaires and billionaires it produces, but by how it treats the most vulnerable people. — Bernie Sanders (@SenSanders) January 4, 2016