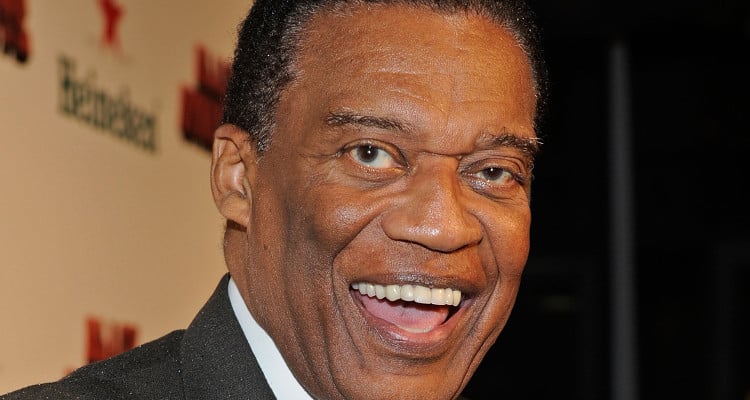 Bernie Casey was a pro football player and actor who sadly died in Los Angeles on September 20, 2017. He was 78 years old. It’s a sad day in Hollywood and the sporting world, as Casey was a tremendous figure in both. Find out about his cause of death and wife in our Bernie Casey wiki.

Bernie Casey died last night in L.A. following brief treatment at Cedars-Sinai Medical Center at the age of 78. Before a glittering career on the silver screen, the former Los Angeles Rams wide receiver always had an interest in the arts. Here’s everything you need to know from Bernie Casey’s wiki.

Bernie Casey was born on June 8, 1939, in West Virginia to Flossie and Frank Leslie Casey, and was raised in Columbus, Ohio. He graduated from East High School in Ohio, with many talents to his name.

Casey was always interested in athletics, but was also an avid painter and poet. He went to Bowling Green State University, where he excelled in athletics and started working on his football career.

During his time at BGSU, it took no time for Casey to begin setting records. He was a halfback for the Falcons, and led them to the finals. He made the team proud with 18 catches for 264 yards. Casey was also on the school’s track team. He competed in the high hurdles at the 1959 Mid-American Conference, and qualified for the 1960 Olympic trials.

The 6’4” athlete made a name for himself in pro football, too! After his graduation in 1961, Casey went into professional football as his next step. He was the ninth pick overall in 1961 NFL draft by the San Francisco 49ers, the highest by a former BGSU Falcon.

Six seasons later, he then signed with the L.A. Rams for two seasons. It was at this time that Casey saw new heights in pro football. By the time his NFL career ended, his stats read 359 catches for 5,444 yards and 40 touchdowns, catching a career-high 53 passes for 871 yards, and eight touchdowns during the 1967 season.

Rest In Peace Bernie Casey. He played WR or then called "Flanker" with the Niners from 1961-1966 and also with the Rams as well as acting. I remember him best from Revenge of the Nerds. #49ers #NFL #NinerFamily #BernieCasey

When Did Bernie Casey Start Acing?

Bernie Casey went back to his alma mater to complete his Masters of Fine Arts to explore his second passion. The arts were always important to the pro-football player, who made captivating paintings and even wrote poems.

He published books of poetry and showcased his paintings which touched the hearts of many, including famous names like Maya Angelou. She even went on to say that his art made her “road less rocky, and my path less crooked.”

It was in 1969 that Bernie Casey got into acting. His first movie was the Spaghetti Western, Guns of the Magnificent Seven where he played Cassie. His next few movies included the crime dramas …tick…tick…tick… and Black Gunn. In 1972, he played a lead role in the sci-fi TV film, Gargoyles.

Bernie Casey then starred in Harris and Company, an NBC TV show where he played a widower. It was the first ever prime-time TV show based on an African American family. He only continued to see success in movies and TV, and in 1981, played opposite Burt Reynolds in Sharky’s Machine.

Then came, Never Say Never Again, Revenge of the Nerds, and Martin Scorsese’s Boxcar Bertha in 1972. Bernie Casey even appeared on the hit show, Star Trek: Deep Space Nine as Lieutenant Commander Cal Hudson. His last known role was in 2007 with Vegas Vampires.

Bernie Casey wasn’t just an actor and athlete, he was accomplished in the fine arts, as well. His paintings were exhibited, and his poems were published.

Though we are unsure as to how much Bernie Casey net worth actually was, we can consider his assets. He played for two renowned NFL teams, his acting career was very successful, and his art was met with high praise.

There are no reports of him marrying for a second time after he and Paula Casey, Bernie Casey’s ex-wife, divorced. Bernie Casey’s cause of death is suggested to be connected to a brief illness.