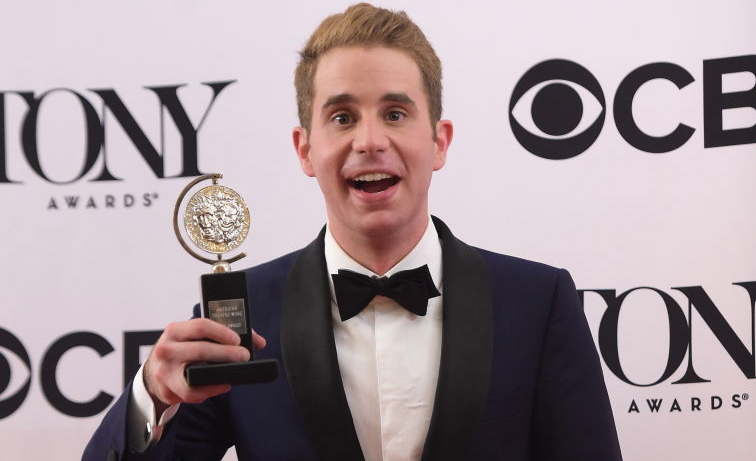 You know you’ve made it big when total strangers start asking questions about your love life. Who is Ben Platt dating? Since he won the award for best actor in a musical at the Tony Awards last night, 2017 isn’t looking so bad for the Dear Evan Hansen star! If you want the details on Ben Platt’s girlfriend, then keep reading to learn more.

Who is Ben Platt’s Girlfriend?

Ben Platt’s dating timeline isn’t the most exciting (no offense, Ben), but the Pitch Perfect actor is only 23 years old and he’s been keeping busy being a Broadway star, and all. If there is a mystery woman, she’s unknown to us, but now that Platt is making his mark and showing off his star potential, he may find that special someone sooner, rather than later!

Platt may not have a girlfriend (that we know of) in real life, but he does have a love interest on stage in the Tony Award-winning musical, Dear Evan Hansen. The play is about an anxiety-plagued teen (Platt), who is paralyzed by the connectivity of social media and is forced to watch the world from the outside, while he looks in. While trying to improve his self-image, Evan writes himself a letter that is mistaken for a classmate’s suicide note, and uses the error as a way to make him popular. His on-stage crush and girlfriend is Zoe, played by Laura Dreyfuss.

Though the play was inspired by witnessing true events, Platt told People that he doesn’t share the anxiety level of his character.

“I had a really fortunate and wonderful upbringing,” he recalled. “Still, part of me was always in my own mind. [It’s] something that’s followed me into my adult life — this struggle to feel present and stop wondering about perception or what other people are thinking. That’s something everybody can relate to.”

He Had a Crush on Meryl Streep…Sort Of

Who doesn’t love Meryl Streep? In 2015, Platt made a brief appearance in Streep’s Rickie and the Flash, where he played a groupie to the Oscar winner’s rock n’ roll singing character. Since he really is a huge Meryl Streep fan, it wasn’t a hard role for him to play!

“Shooting the scene with Meryl was one of the craziest days of my professional life,” he said to People. “Because it’s Meryl Streep and you don’t have to do anything at all because she’s incredible, but you want to do absolutely everything because she’s so incredible.”

Platt, gushed over his long time adoration for Streep, and cherishes what he picked up on from the famed actress. “I learned a lot in that one week of shooting scenes with her —more than I have in my life with film,” he added. “[Film’s] something I don’t have as much of a deep understanding of as I do musical theater, and I would love to continue to try to understand.”

Another unofficial sign of stardom is when people begin to question your sexuality —it means they’re thinking of you. Right now, there’s no official word, but Platt hasn’t come out and he isn’t the only actor who’s been getting that same question. Tony Awards host and House of Cards star, Kevin Spacey has also been the center of gay rumors. He poked fun at it last night at the Tony Awards when he showed up on stage channeling his inner Norma Desmond, paying tribute to Glenn Close’s role in Sunset Boulevard, and joked “I’m coming out!” Spacey’s House of Cards character has been portrayed as bisexual, but that desn’t seem to be the case with the veteran actor. And as for Platt? Who knows!