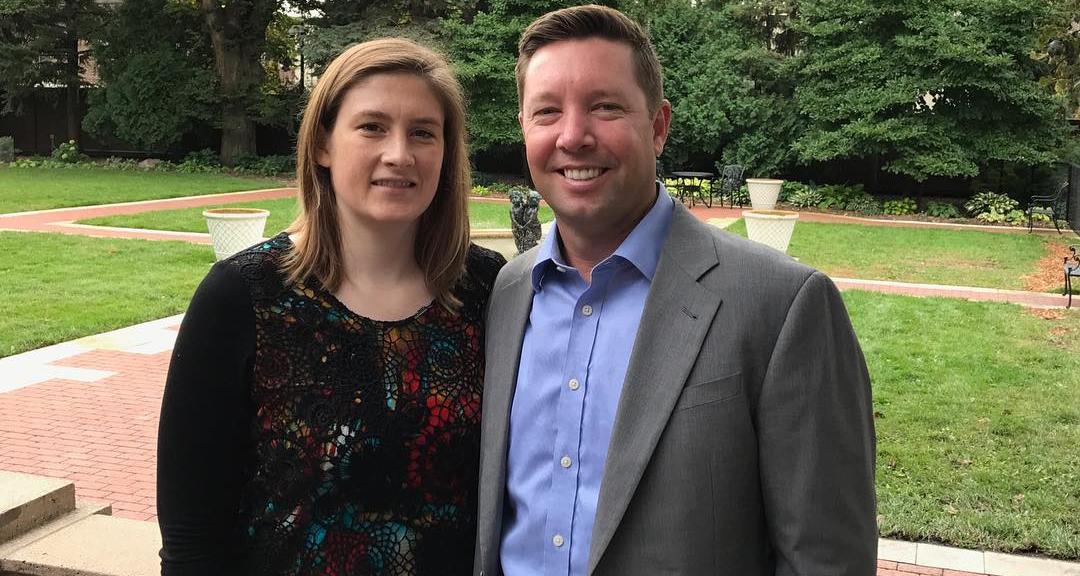 Minnesota Lynx point guard Lindsay Whalen announced her retirement from the WNBA at the end of the 2018 season. While he wasn’t present at the event, Lindsay Whalen’s husband Ben Greve surely supports her and her career.

After retiring from the WNBA, Lindsay Whalen will coach the women’s basketball team at her alma mater, the University of Minnesota. She thanked her husband when announcing her retirement, but he couldn’t be there because of a tournament of his own.

Lindsay Whalen’s husband, Ben Greve, is a golf player with a dual career outside of the sport. Our Ben Greve wiki elaborates more on the basketball star’s supportive husband.

They Met at the University of Minnesota

Ben Greve, age 36, and his family, hail from Annandale, Minnesota. He graduated from Annadale High School in 2000.

His mother, Sandy Greve, is a teacher in the same school district. Meanwhile, his father, Dave Greve, is a golf coach.

Ben Greve attended the University of Minnesota in Twin Cities and that was where he met Hutchinson-native Whalen.

“We met freshman year at the U (Minnesota). It was a business stats class, an early-morning class. No romantic story. We hit it off. I asked her out and it went from there,” he recalled.

Whalen would wear sweats to the class since she went to morning conditioning. Greve would always sit next to her in class.

“That was a good sign, because I’m still in my sweats pretty much every day,” Whalen gushed.

Both Lindsay Whalen and Ben Greve were prominent in the Minnesota Golden Gophers Althletics sports teams. Greve was captain of the golf team and won an NCAA championship.

The couple got married in October 2007 at St. Anastasia Catholic Church in Hutchinson. 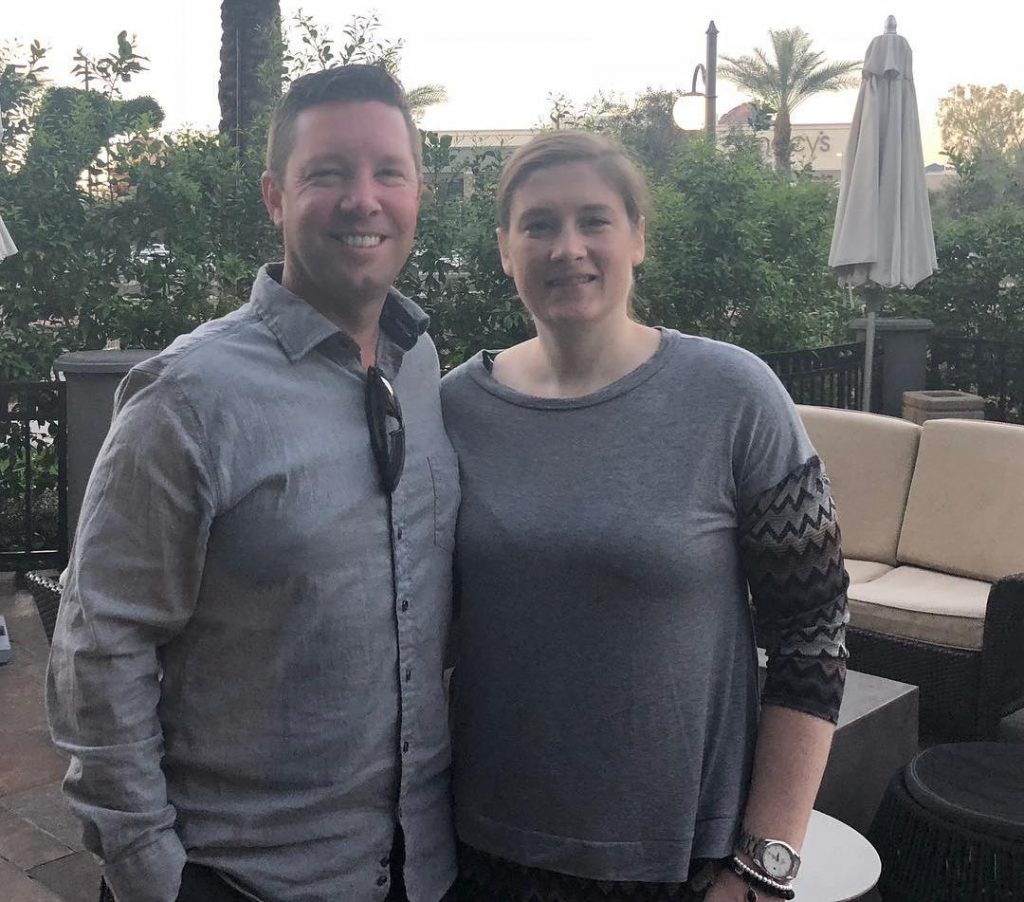 Ben Greve with his wife on a trip. (Photo: Instagram/lindsaywhalen)

He Is an Amateur Golf Player

Ben Greve and his brothers, Nick and Tim Greve, are avid sports enthusiasts. All three Greve boys have played sports throughout their academic lives. They all played state golf in high school.

While Whalen played for the women’s basketball team, Greve was a golfer. He started as an assistant golf professional after graduating from the university.

Greve spent six years as a touring golf professional on the Hooters Tour and later worked as a Golf Stix accounts associate.

He’s aspiring for the PGA while playing numerous qualifying tournaments. He won the Minnesota State Open for the second straight year in 2017.

Most recently, Greve qualified for the U.S. Amateur Championship in Pebble Beach, California. He was too busy at the tournament to be there when Whalen announced her retirement. She specifically chose the date, August 13, as a tribute to her number 13 college jersey.

The couple has been very supportive of each other’s careers. When Greve had a case of nerves before a golf tournament, she was there to cheer him on. And he credits not only Whalen, but also the entire Lynx team for inspiring him with their hard work.

Whalen and Greve are constantly traveling because of their sports careers and rarely get enough time together. It’s hard to believe that Ben Greve balances his busy tournament schedule with his job in the insurance sector. 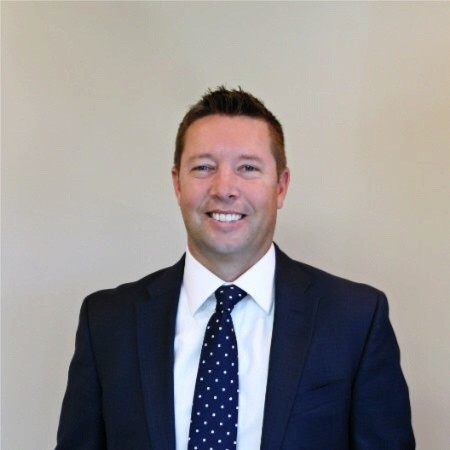 Ben Greve has a side career in insurance. (Photo: LinkedIn/bengreve)

Greve acquired a BS in Marketing and Communications, and after a few years of touring, he joined State Farm Insurance in 2012. He worked as a marketing coordinator for a year before switching to an insurance agent at Insurance Planners.

In 2014, he joined Twin City Group, which allows a flexible schedule so that he can play golf competitively. He went from an insurance sales associate to a partner in June 2018.

Also Read: Everything You Need to Know About NBA Legend Charles Oakley’s Wife

His Brother Passed Away in a Drowning Accident

Nicholas Greve was 26 when he passed away an accidental drowning in 2010. He worked in accounting firms as an auditor in addition to excelling in golf.

Ben Greve, his surviving brother, and their parents host a charity golf tournament every August in Nick Greve’s memory.

Greve’s mom believes Whalen fit right in with into their family because they all share a love for sports.

Although Whalen inspires him to play better, her husband wouldn’t dare play one-on-one basketball against her!

Greve said, “We’ve played a lot together. It’d be no good for my ego to get my butt kicked. I was a decent high school basketball player and I wouldn’t be able to beat her or want to try.”

How about going head-to-head in golf then?

“With handicap, yeah,” said Greve and added, “It’s probably a 50-50 proposition. I have to play really well. My guess is, she’d probably be about a 10 handicap. She played when she was younger. She hits long and she putts well. That’s a pretty good combination.”

Ben Greve hopes his future children with Lindsay Whalen will love sports as much as they do. They grew up playing more than basketball and golf until they found what they were good at. They hope their children can find their place in sports, too.

Also Read: 4 Facts about Will Grier’s Wife, Who Is a Former NFL Cheerleader