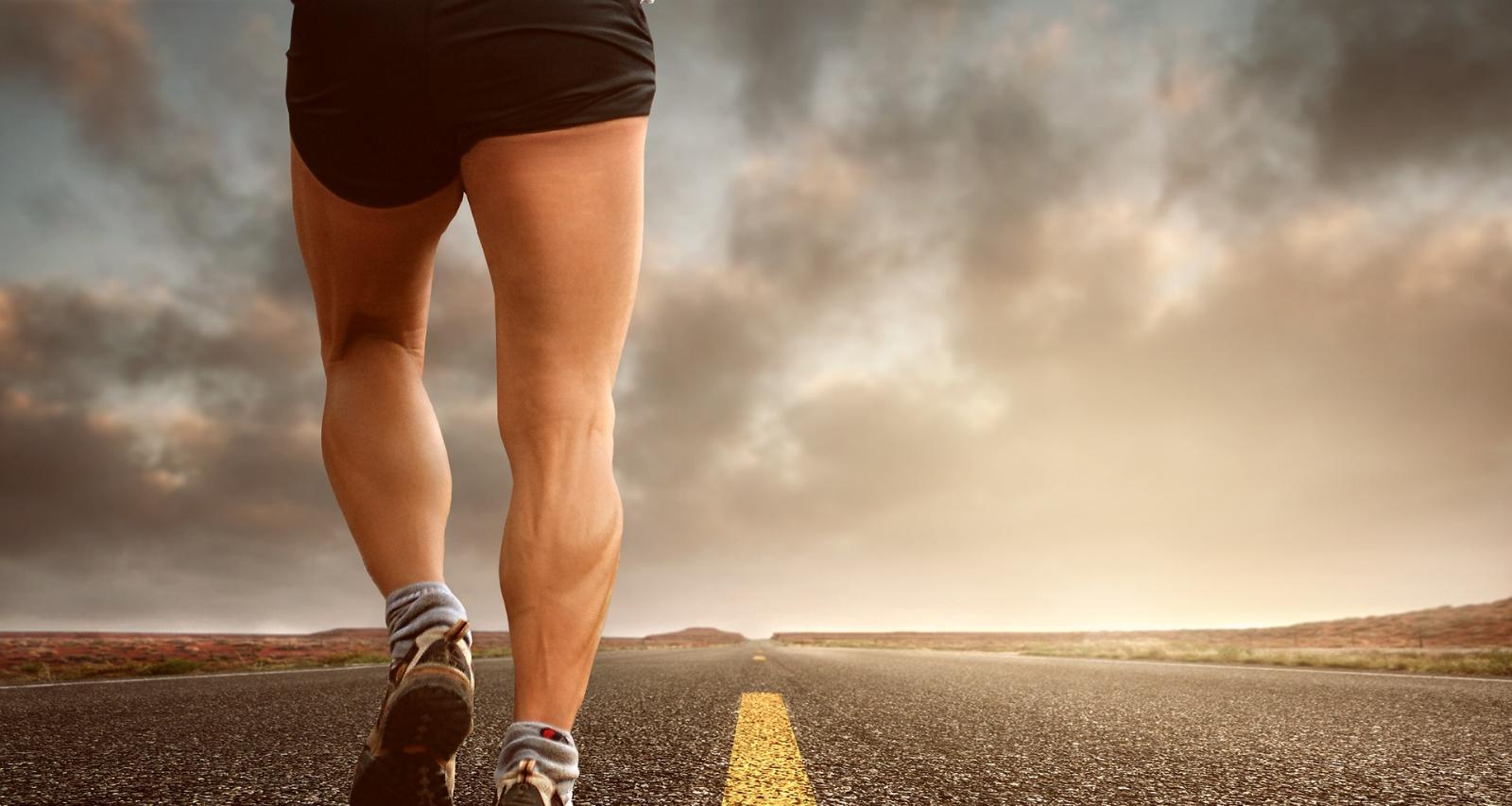 Ben Greenfield showed interest in fitness at a very young age. So, after completing his graduation, he started a fitness and health empire that’s been steadily growing over the years. Greenfield’s motto in life is to ensure that people take care of their bodies and lead a good life. Greenfield practices what he preaches by staying fit.

Ben Greenfield is a fitness, health, and triathlon expert who has plenty of books and DVDs to his credit. He is an ex-bodybuilder who practices the art of living healthy and staying fit.

Greenfield is married to Jessa Greenfield and the couple has twin boys together. Greenfield’s family is also into fitness and he motivates his kids to eat healthy and stay active.

Before He Became Famous

#Repost @joerogan ・・・ The great and powerful @bengreenfieldfitness is here, and he’s eating ant extract. I don’t know what the fuck to think of that, but coming from him it’s not surprising. Epic podcast to follow! http://joerogan.live (Link in bio)

Greenfield was born on December 19, 1981, which makes his age 36. He was raised in rural North Idaho and was homeschooled from Kindergarten to grade 12. Greenfield was more of an intellectual and his interests were in playing chess and writing fantasy fiction. In fact, he was an avid reader and used to read for hours on end.

His interest in music enticed him to take up the violin for 13 years. Greenfield completed his High School graduation at the age of 15 and started going to college the following year.

Besides, concentrating on his education, Greenfield also focused on fitness. Once he entered college, he was a part of the tennis team. He played singles and doubles for the men’s tennis team.

In college, Greenfield studied subjects like pharmaceuticals, nutrition, physiology, biochemistry, anatomy, microbiology, and biomechanics. He even managed to be top of his class. He landed up an internship at Duke University and graduated from the University of Idaho at the age of 20.

While he was studying in college, Greenfield supported himself financially by working as a nutritionist, personal trainer, spinning instructor, bartender, athletic trainer, and lab assistant. Additionally, Greenfield worked as a strength and conditioning coach.

There’s no denying Greenfield was a brilliant and hard-working student. With his determination and thirst to become successful in life, Greenfield attained a 4.0 GPA in his advanced science courses.

Greenfield competed as president of the triathlon club, middle for the men’s volleyball team, and holeset for the water polo team. Moreover, Greenfield was a muscle-bound bodybuilder at 215 pounds and 3% body fat. He had a determination that drove him to succeed.

He had offers from six medical schools, but instead, he opted to complete a Master’s degree in exercise physiology and biomechanics.

Found this hot lil ski bunny on the slopes today. Appears she is being creeped on by a punk camo snowboarder. #couplestherapy

Ben Greenfield’s mother is Pat Greenfield, who lives in Moscow, Idaho and attended Alpena High School. Currently, she is the boss at Bucer’s Coffeehouse Pub.

On March 14, 2003, Greenfield walked down the aisle with Jessica Dawn Greenfield, also known as Jessa. Jessa often joins her husband in several of his Podcasts.

Jessa is a stay-at-home parent, who follows her husband’s way of living by staying healthy and fit. She often joins him for various hikes and sports-related activities.

The couple has twin boys together, Terran and River. Judging from Ben’s Facebook, he has instilled the importance of good health in both of them. He often takes them fishing and on other excursions.

Currently, Greenfield lives with his wife and sons in Spokane, Washington.

Greenfield has several feathers added to his hat. He likes to keep himself busy. Therefore, he keeps experimenting and doing new things.

At 36 years old I must say…my body feels amazing and I’m in better shape than I was at 16 and at 26. Check my Snapchat at BenGreenfieldFitness.com/snapchat and you will see some shocking news I just discovered about reversal of my telomere shortening and my longevity N=1 experimentation. #antiaging #longevity #lifeisgood #shamelessselfie

In 2005, Greenfield dived hard into the fitness world and partnered with several physicians to start personal training studios, gyms, physiology and biomechanics labs in North Idaho and Eastern Washington.

In 2006, Greenfield started working with Train For Top Dollar. With the help of blogs, podcasts, clinics and private consulting, Greenfield offers advice to people as to how they can maximize their income as a fitness professional.

In 2007, Greenfield became the Director of Sports Performance at Champions Sports Medicine, which offers personal training, sports medicine services, and sports performance techniques. He worked there until January 2010.

In 2010, Greenfield started Endurance Planet, which is one of the web’s best sources for endurance sports entertainment and news. Additionally, he is the owner of Rock Star Triathlete Academy, which teaches people about the sport of the triathlon.

In 2012, Greenfield became a Practitioner at WellnessFX. He is also an instructor at Superhuman Coach.

In August 2017, Greenfield founded the company Kion, which offers everything that a person requires to achieve good performance, look good, fight aging, and live a fulfilling life. They follow a mind-body-spirit approach.

Since he was so inspired by the fitness world, Greenfield decided to share his wisdom and thoughts by writing several books. He is New York Times bestselling author of Beyond Training.

Additionally, Greenfield has also authored several other books such as Get-Fit Guy’s Guide to Achieving Your Ideal Body, The Low Carb Athlete, Weight Training for Triathlon, 100 Ways to Boost Your Metabolism, and many others.

Greenfield also designed and created the Christian Gratitude Journal, which preaches the idea of showing gratitude on an everyday basis. They even motivate people to journal every day.

Additionally, Greenfield has also made appearances on plenty of tough reality TV shows. By 2015, he was coaching the world’s best CEO’s, poker players, tennis players, motocross riders, chefs, and other professional athletes from the UFC, the NFL, NBA, and the NHL.

He also invested his money in companies in the health, nutrition, and fitness industries.

Greenfield also has a YouTube channel, in which he often posts videos related to exercise, nutrition, fat loss, and health videos.

I have a special episode for you today…I spare you no details of EXACTLY how I am going to completely #detox my body in 2018: BenGreenfieldFitness.com/2018-detox

Ben Greenfield’s House Is Located in a Secluded Forest

The house is located on a private, forested ten acres of land. They have a small pool house and a farm with goats and chickens.

Greenfield and his family are early risers; they wake up around 6:00 a.m. everyday!

Greenfield listed a private room in his house on Airbnb. A lot of people who stayed with them left positive reviews and claimed that the Greenfield family is a good host.

Greenfield is very much active on almost all social media platforms. His Instagram follower count is up to 70.3k and he is active on Facebook, too. He often updates his followers about what he is up to or if he is trying out any new fitness regimes.