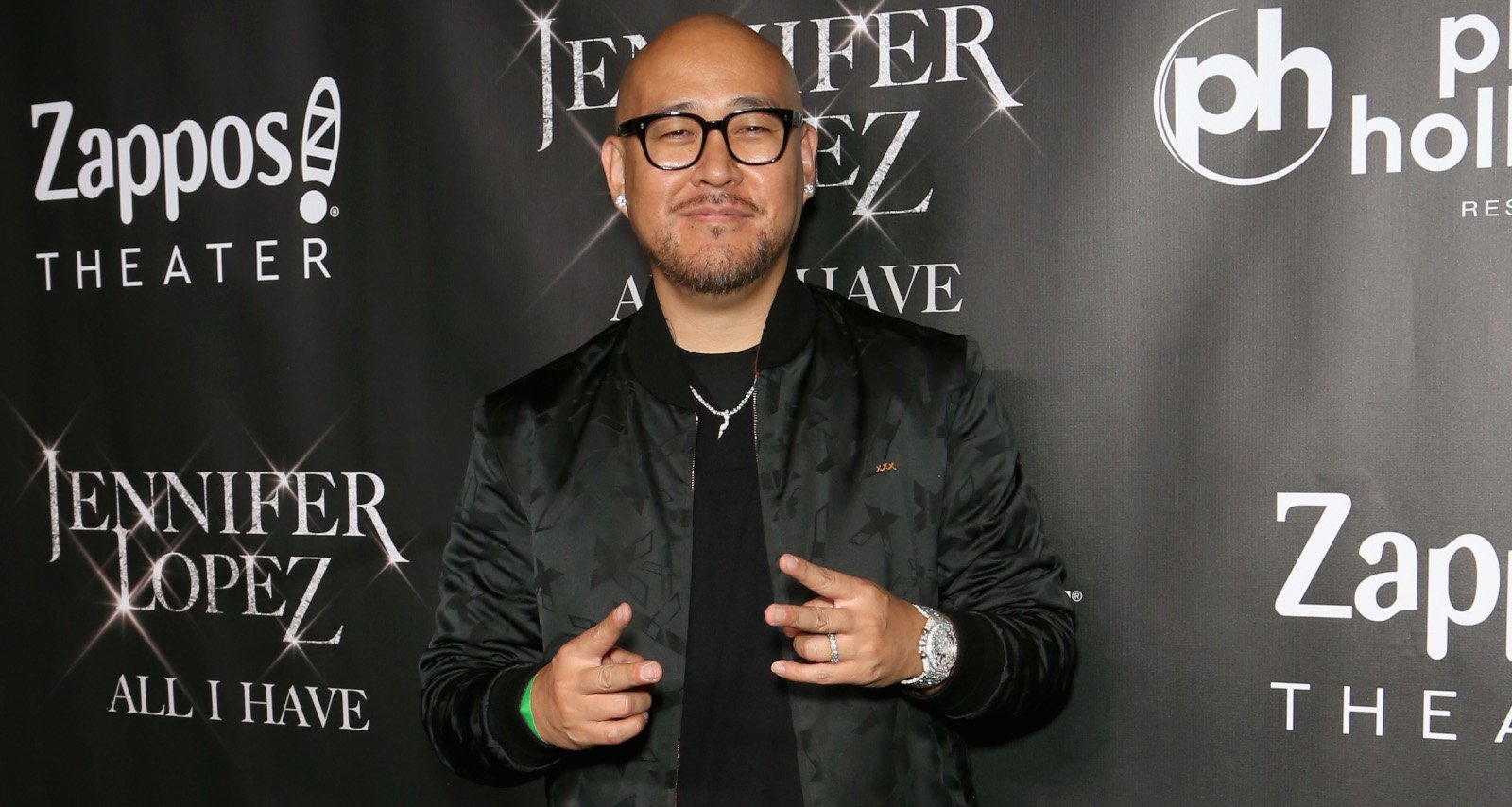 When hip-hop’s biggest names need their bling fix, they go to Ben Baller. The jewelry maker is nothing short of a legend among hip-hop artists. Even A$AP Ferg raps, “Ben Baller did the chain,” in his 2017 track, “Plain Jane.” You’re going to hear a lot about this guy when the hip-hop jewelry documentary, Ice Cold, releases. So we’ve got Ben Baller’s wiki to get you updated on this bling master.

Yang’s parents are Korean immigrants who settled in L.A. His mother owned a jean factory in L.A. and was famous in the garment business. His father was an academic in Asian-American studies and a history professor at UCLA.

He’s the youngest of three children born to their Korean-American family. Yang’s parents had divorced and raised the children together. They hoped the children would have white-collar careers, but Ben and his siblings were more inclined toward their own passions.

His elder brother, David Yang, is a video game developer. His sister, Jeanne Yang, is a sought-after celebrity stylist.

Jeanne is the empress of styling men in suits. She’s known to dress many a Hollywood actor, like George Clooney, Robert Downey Jr., Christian Bale, Henry Cavill, Keanu Reeves, Jamie Dornan for 50 Shades and more, in impeccable suits. Most recently, she styled Jason Momoa and Lisa Bonet’s all-pink Oscars look, which was a tribute to Karl Lagerfeld.

The Yang siblings are proud of their Korean heritage. While Jeanne raises her daughters be proud of their mixed ethnicity, Ben is always celebrating achievements of Korean-American celebs and the spread of K-Pop all over the world on social media.

He’s an Athlete, Actor, and Musician

#tbt 1992. I played Cornerback for SF State and I was always the only Asian on my college football & basketball teams. Didn't even get to wear my # that day because I just transferred schools. Used to playing on astro turf so peep out my shoes! #AirMacksCrew

Yang graduated from Beverly Hills High and attended the University of California, Berkeley. He went on to graduate from San Francisco State University with a BFA in cinematography.

Talented at both basketball and football, he was one of the first Asians to play both sports at the NCAA level at both schools. One of his coaches dubbed him “Baller,” and he has since enjoyed professional success as Ben Baller.

His first foray into the entertainment industry was through music in 1993. He asked Denzel Washington for a job one day and landed a job as a DJ at Washington’s restaurant. While DJing at other venues, he met Dr. Dre who offered him a job.

He then worked as a producer at Dr. Dre’s Priority Records and later at Aftermath Entertainment. Baller has produced over 20 platinum albums in his career.

He also had a brief acting career, with short movies and appearances in videos. Most recently, he featured in BTS and Steve Aoki’s collaborative video, “Waste It on Me.”

Despite a successful career in music, Ben Baller found his true calling as an entrepreneur.

He’s a Jewelry Designer and Entrepreneur

Baller collaborated with his uncle and cousin to found his flagship business, IF & Co., in 2004. The jewelry brand specializes in custom jewelry that is a big hit among hip-hop artists, athletes, and even regular bling enthusiasts.

He’s created some eye-popping custom pieces as gifts as well, like a diamond-encrusted Soju bottle (Korean alcohol) for K-Pop megastar, Jay Park. He also designed a one-of-a-kind rubies and diamonds Tesla ring for Elon Musk, whom Baller says is his “inspiration.”

Dear Elon Musk Please accept this 1 of 1 custom Diamond and Ruby #Tesla ring for being an inspiration to me and my best friend Paul aka @va_p100d FYI both of us own @teslamotors Model X P100D’s and both of us appreciate what you’ve done for Americans and the 🌎 FYI I have never gifted anyone a custom piece of jewelry in my career. In fact I have a long list of clients who are waiting to pay for a piece by me, but they’ll have to wait so that we could gift you this ring for Christmas. Why are we giving you this ring? Because you have motivated me and Paul to level up and push limits. 🙌🏼 This ring is made of solid Platinum and I custom cut diamond baguettes to spell out T-E-S-L-A. on the back of the ring… On the front of the ring I set a rare Trillion cut diamond to emphasize the “T” logo surrounded by round brilliant white diamonds(all diamonds used on this ring are VVS1 clarity). The rest of the ring is made of the highest quality rubies all pave set by hand. This ring was designed and created here in America, just like your cars. We salute you for giving almost 50,000 jobs to Americans and putting USA back on the map as a serious contender in the auto industry. The last successful US car company startup before Tesla was Chrysler and that was 90 years ago. You could have easily retired after you sold PayPal but you bet it all on Tesla and that takes BIG balls. Much respect. Please tell me where you would like us to deliver this ring. And thank you for being awesome.

Baller has since expanded his business empire with a clothing line, Superism, and a cannabis pen, VVS Pens.

Stars are willing drop over $25,000 a pop for Baller’s trend-setting designs. It’s no surprise that his business venture earned him an estimated net worth of $30.0 million. His combined business empire is reportedly estimated at $100.0 million.

Baller is nothing short of a trendsetter—not only dominating the custom jewelry scene, but also leading the Millennial CEO fashion. His expertise regarding the business will be on display when Ice Cold, the documentary on hip-hop jewelry, drops this year.

After a series of failed relationships, Baller met the Filipino-American model and swimwear designer, Nicolette “Nicc” Lacson. After a year together, Baller proposed to her with a ring he designed. They tied the knot in 2012 at Santa Monica’s Casa Del Mar.

The couple are parents to three children: two boys, London and Ryder, and the youngest Baller, a girl named Kaia.

Last minute trip to Vegas and spent “Noche Buena” here. We hit up the buffets and had some nice dinners. No cooking and no clean up 🤷🏻‍♀️ #nochebuena Merry Christmas!!! 🎁🎄 🎅🏼

He’s a Collector of Sneakers and Cars

The designer of the blingiest ice is not one for modesty. Ben Baller has a well-documented love for luxuries, especially sneakers and cars.

Baller was once among the reigning sneakerheads with the most expensive collection of sneakers in the world. In a move that would make Marie Kondo proud, Baller joined the many sneakerheads decluttering their spaces by selling his collection. He sold hundreds of pairs on eBay for roughly $1.0 million in 2012.

He’s still hanging on to his cool car collection, though. From having an ‘89 Honda Accord and a ‘64 Chevy Impala among his first cars, Baller has grown his car collection to a Lexus, a BMW, a Rolls Royce Ghost, Mercedes S Class, Bentley Spur, and Ferrari Spyder, just to name a few.

Also Read: Matt LeBlanc’s Net Worth: How Rich Is Joey from “Friends”?