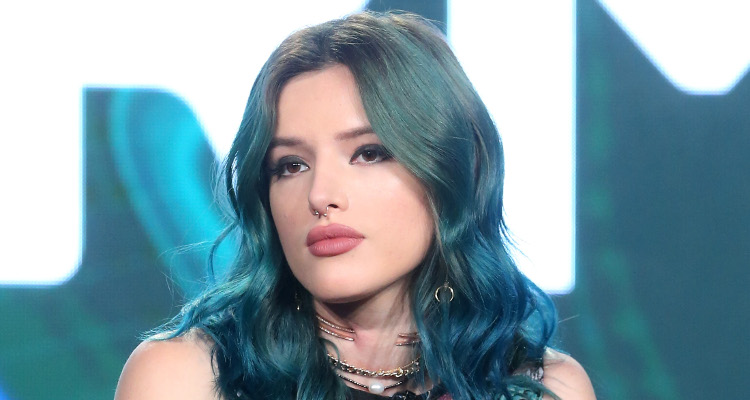 The Internet has gone crazy over a new Bella Thorne video. And it has nothing to with her upcoming movies or TV shows. So why is Bella Thorne trending? An explicit video, seemingly of the starlet, is doing the rounds on the Internet. The video brings many to ask if Bella Thorne has daddy issues. We’ve got the scoop on the actress’ alleged explicit video and her response to it.

The Internet is abuzz with a video of a woman pleasuring herself in a car. The woman in the video, thought to be Bella Thorne, is heard saying, “Oh finally, I really needed a father.” So that single sentence has the Internet attacking the 19-year-old over daddy issues.

Thorne’s fans have also rallied in support of her. Her hawk-eyed fans have pointed out that the fake video samples an old clip from Bella’s Snapchat. The clip is edited in with a video of another woman pleasuring herself. Bella may have used a little humor to slam the video, but she’s taking offense to the mention of her deceased father.

How Did Bella’s Father Die?

Bella Thorne’s father, Reinaldo Thorne, tragically passed away in 2007. He died in a motorcycle accident, and his daughter has since been scared of driving. “I’m not mature enough to accept the responsibility of perhaps taking someone else’s life,” she once said. Clearly, her father’s death impacted her life.

When her father died, nine-year-old Bella’s family fell into poverty. They had to rely on food stamps to survive. The experience only made Bella want to work harder for her family which made her one of the hottest young stars in Hollywood today.

In subsequent interviews, the Famous in Love star repeated that she was not ready to get behind the wheel yet though she owned a car. She relied on her mother to drive her everywhere. Nevertheless, she overcame her fear at the age of 18 and finally got her driver’s license.

Bella Is Not Happy

After the fake video of the Disney alum raised Thorne’s “daddy issues,” the actress wasn’t happy. Don’t go by her first playful tweet; Bella is bearing her fangs at anyone who disrespects her father.

She posted a second tweet, “The worst part of this video is them making fun of the fact that I lost my father. You’re right. Me being daddyless is sooooo funny. [sic] ” There’s no humor in this one. Bella Thorne has no daddy issues and she makes one thing clear to Internet trolls: You do not disrespect the deceased.

The worst part of this video is them making fun of the fact that I lost my father. You’re right. Me being daddyless is sooooo funny.