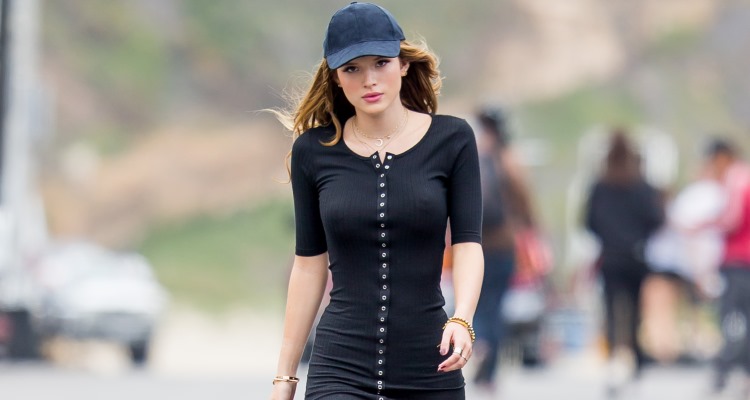 Before everyone knew who she was, she was the low-key girlfriend of actor Remy Thorne. The couple dated in the past, however, their relationship was kept quite private. Now it seems she’s the “Thorne” in his side, especially since moving on with his sister!

She May Still Have a Boyfriend

Despite claims from Bella Thorne that Bella Pendergast is her new lover, multiple Instagram photos from Pendergast’s account suggest otherwise. Pendergast’s IG account (as well as her boyfriend’s) verify their ongoing relationship. No breakup in sight! Just earlier today, her boyfriend, Bram Kolber, posted a photo of her as his #WomanCrushWednesday. In the comments, people seemed extremely confused, questioning him about if they are still dating. Kolber, under the username @instabram_ wrote “of course.” In just a few comments beneath, Bella Pendergast wrote, “baby!!” with four “heart emojis,” as if flattered by the photograph. Based on their Instagram feeds, there’s no confirmation the couple has called it quits. Suddenly, this weird love triangle seems to have more than three corners!

Even my tiki cup is checking her out

Pendergast’s Instagram has many animal photos! She loves the little critters, competes in horse-riding contests and aspires to help animals have a healthier and better life.  She even went to Guatemala to help the dogs!

one of my favorite patients here in Guatemala, almost stole her❤️? #vidavolunteer

It’s still unclear exactly what’s going on with their relationship. Bella Thorne recently broke up with her boyfriend, came out as bisexual via Twitter, and posted kissing photos on her Snapchat of Pendergast. Bella Pendergast has not denied Thorne’s claims, and she retweeted a Hollywood Life post about her, calling her Bella Thorne’s “soulmate.” Why then does it still seem that she is with her boyfriend? The bestie Bellas sure have some things to figure out, and they’ve left fans everywhere even more confused!

For more details on the whole ordeal, we’ve got the story so click here!