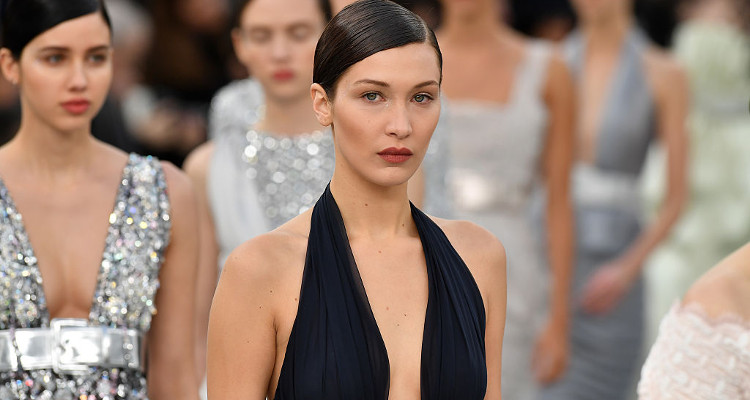 Bella Hadid and her sister, Gigi have taken the fashion industry by storm. The Victoria’s Secret models have quickly become one of the most sought-after models today.

Bella Hadid and her siblings have become a household name, thanks to their faces being plastered across every billboard in town. The stunning 20-year-old supermodel was voted “Model of the Year” in 2016, and has graced the cover of numerous fashion magazines such as Glamour, Harper’s Bazaar, Vogue, and GQ. The Dutch-Palestinian Hadid siblings are being courted by all major fashion brands, and have walked the runway for leading designers like Michael Kors, Ralph Lauren, Moschino, Versace, and Calvin Klein to name a few. Recently, Bella Hadid shared a photo on Instagram of herself strutting down the runway for the French contemporary brand, Zadig & Voltaire at New York Fashion Week on Monday (February 13). The dark-haired bombshell looked amazing as she effortlessly sashayed down the runway, dressed in the Parisian label’s latest collection. Check out Bella Hadid’s Instagram pics from her Zadig & Voltaire show at NYFW.

The well-known fashion house, which produces fragrances, bags, and apparel, roped in leading supermodels Bella Hadid, her 17-year-old brother Anwar, and Hailey Baldwin to showcase their latest Fall/Winter 2017 collection. The designer cited the gorgeous Bella Hadid as their “new muse” for Zadig & Voltaire’s Spring/Summer line. The blue-eyed beauty took to Instagram to post a photo from the show, in which she is seen wearing an electric blue turtleneck underneath a black boat-neck sweater. Hadid looks stunning as always, as she sports red eyeshadow. 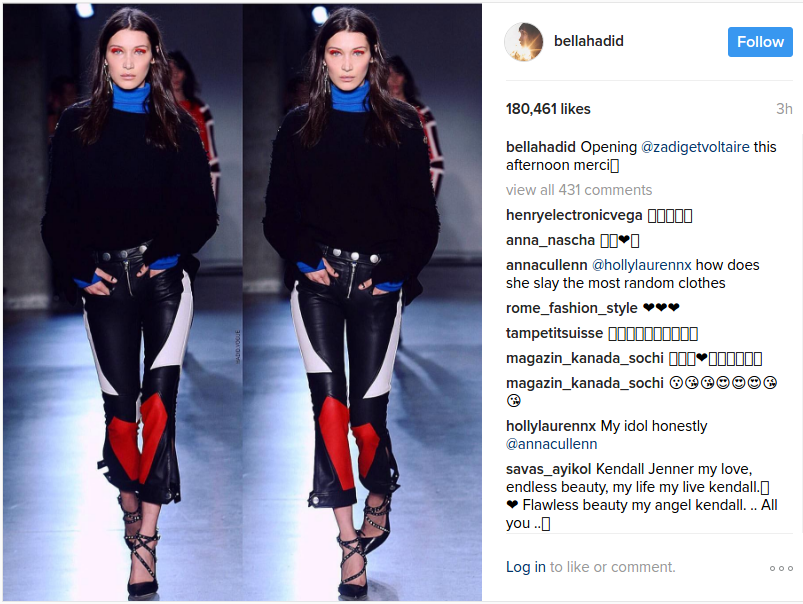 She captioned the photo, “Opening @zadigetvoltaire this afternoon merci,” and it has received over 100,000 likes within three hours of posting from her 10 million Instagram followers. Hadid recently spoke out about her “painful split” from singer The Weeknd admitting that, “It was my first breakup … and so public.” Well, she seems to have taken the breakup in her stride, as suggested by Bella Hadid’s Instagram photo!