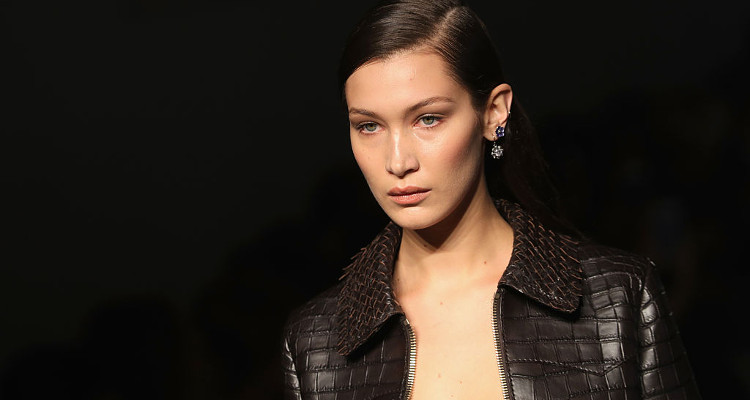 Look who’s becoming an Angel! Bella Hadid has bagged the biggest gig of her career by getting cast in the Victoria’s Secret Fashion Show 2016! The up-and-coming model will sashay down the runway with rising supermodels Jasmine Tookes, Josephine Skriver, Elsa Hosk, and Martha Hunt, as well as seasoned Victoria’s Secret Angels, Adriana Lima, Alessandra Ambrosio, and Lily Aldridge. Bella and Gigi Hadid are actually the first sisters to walk the Victoria’s Secret runway together! Dying to know more about Bella Hadid? Here are facts about the model in Bella Hadid’s wiki.

What are Bella Hadid’s Body Stats and Diet?

The 20-year-old brunette will walk down the Grand Palais runway in Paris with her staggering five-foot-eight frame. According to her profile on her agency, IMG Models’ web site, she’s an unbelievable eight feet tall in heels! Her profile also states she weighs around 121 pounds and her eyes are a blue-green color.

Want to know how she maintains her toned figure? You’ll be shocked to know that Bella Hadid has no diet or set workout plans. The model eats whatever she likes and has different workout routines. (Jealous, yet?) She eats grilled cheese, pizzas, burgers, and drinks diet coke while experimenting with workouts like pilates, yoga, and running. Talk about being blessed with good genes!

Bella Hadid has raised her net worth to $1.0 million in her short modeling career. This net worth could spike now that she’s a Victoria’s Secret Angel. She debuted at the age of 16, modeling for commercial projects, including one alongside Ben Barnes. She also did campaign work for Chrome Hearts.

Hadid was studying photography at Parsons School of Design but dropped out when she found success as a model. She has expressed interest in returning to school and also pursuing writing and acting careers.

She’s also modeled for the Victoria’s Secret sister line, PINK. Hadid has won several Model of the Year awards, including one from GQ. She was featured in the ad campaign for Givenchy’s 2016 fall/winter collection. Bella Hadid is also the ambassador for Dior’s makeup line. As part of this deal, Hadid starred in a web series called Dior Makeup Live with Bella Hadid and gave makeup tutorials on the Vogue U.S. YouTube channel.

Her Mother is a “Real Housewife”

Bella Hadid was born and raised in Los Angeles. Her father, wealthy real-estate developer Mohamed Hadid, is a Palestinian-American with roots to Daher Al Omer, Prince of Nazareth and the Sheikh of Galilee. Her mother, Yolanda Hadid, is a former model with Dutch roots. Bella and Gigi Hadid have a little brother named Anwar Hadid. It has been reported that Bella Hadid used her father’s money to get plastic surgery on her nose and lips. 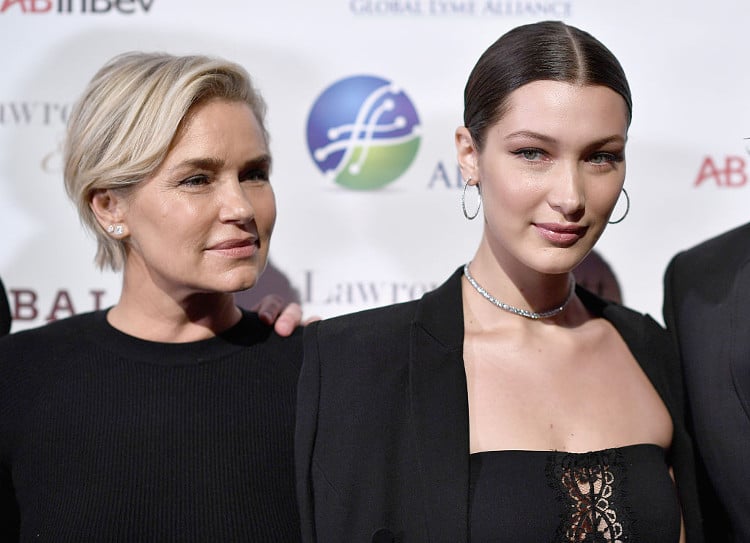 Mohamed and Yolanda Hadid divorced when their daughter was young, and Yolanda married music producer, David Foster, who has five children of his own. In 2012, Yolanda became the star of The Real Housewives of Beverly Hills. Bella Hadid has often appeared on the show with her sister. Yolanda has been the one to dictate what her daughters will wear on shoots, and is known to be a helicopter parent when it comes to furthering her daughters’ modeling careers.

She was Diagnosed with Lyme Disease

As a teenager, Hadid was an equestrian showjumper, aspiring for the 2016 Rio Olympics. However, she gave up competing in 2013 when she, her mother, and Anwar were diagnosed with Lyme disease! This fact wasn’t announced until 2015 at a fundraising event. Hadid and her mother were at the event raising funds for research into Lyme disease’s cure and treatment.

Bella Hadid is best friends with another social media maven, reality star Kendall Jenner. You’ll find their Instagram pages littered with affectionate posts for each other. Gigi Hadid had even teased on Twitter that her sister could be joining her and Kendall on the Victoria’s Secret stage this year!

It was later confirmed that Bella Hadid was actually cast in the Victoria’s Secret show. Hadid has constantly been updating her Instagram followers about her debut preparations since then. Take a look at Bella Hadid’s casting video below.