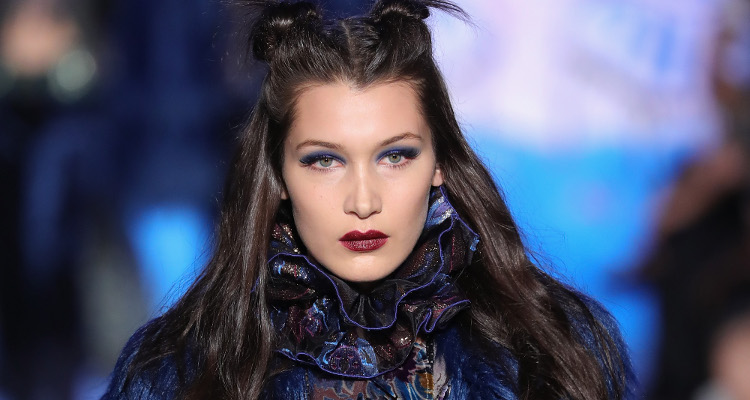 Bella Hadid is stealing the spotlight this year at New York Fashion Week! Recently, the model shared a photo on Instagram when she was out and about in New York City.

Bella Hadid is in New York for New York Fashion Week, where she walked for Alexander Wang, Carolina Herrara, Zadig et Voltaire, Prabal Gurung, and Sies Marjan. Recently, the 20-year-old model uploaded a picture on Instagram while on her way to the Fendi party. 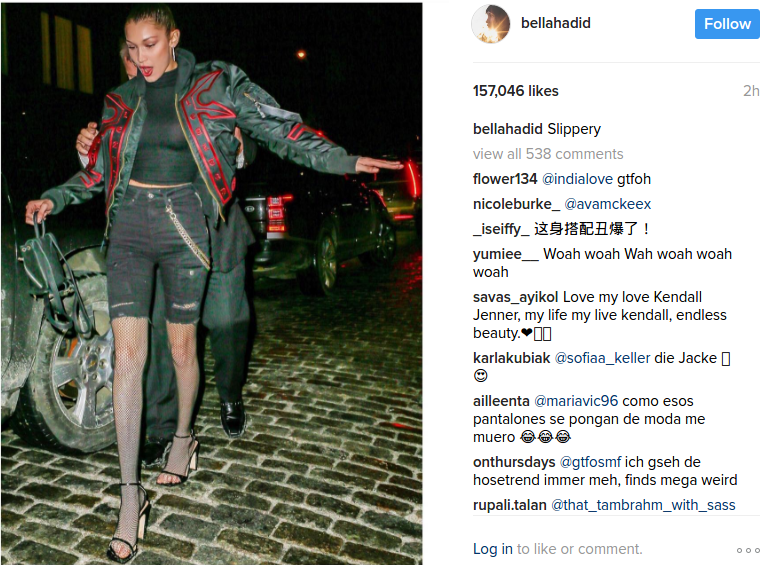 Bella wore denim cut-off shorts, fishnet stockings, and a bomber jacket. It looks like she was about to fall on the slippery roads of NYC, with someone behind her for support!

Bella Hadid seems to be nursing her broken heart in New York City, after an intimate photo of ex-beau The Weeknd and Selena Gomez surfaced on the Internet. The new couple were seeing kissing on a Yacht.

The model recently opened up to Elle, saying that she did not handle the breakup well. “It was my first breakup—or second, next to the horse—and so public. As an outsider, you might think I handled it so well, but it’s always in your heart, and you always feel it very heavily. It’ll be hard for a while. Love hurts, but you have to pull through.” Hadid admitted.

The Weeknd and Selena Gomez have been dating for months though, despite surfacing photos, have yet to officially confirm their relationship. They were expected to make their couple debut at the 2017 Grammy Awards, but Selena was not in attendance during the ceremony.