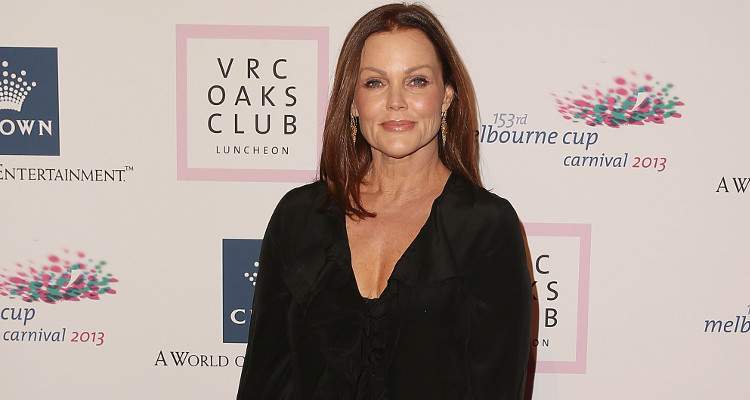 Alexander Morgan Mason was born on June 26, 1955, in Beverly Hills, California, to actor James Mason and actress Pamela Mason, making his age 62. He comes from a well-renowned family as his grandfather was producer and financier, Isidore Ostrer, who was the head of the Gaumont-British Picture Corporation.

With Belinda and Morgan. Lovely to see you both xx

Because of his family’s acting background, Mason made appearances in several movies such as The Sandpiper and Hero’s Island as a child.

After the death of his grandfather, Mason took over his seat on the board of Illingworth, Morris, Ltd., which at that time was the world’s biggest woolen textile firm.

For a while, Mason worked as the company’s executive director. Three years later, he sold it and moved to the United States, where he worked for Ronald Reagan’s 1979 presidential campaign.

He initially worked as an assistant finance director, and later as major events director. He was also a member of the campaign’s executive advisory committee.

Impressed by his work, Reagan chose Mason to be a delegate-at-large to the Republican national convention in 1980. After the inauguration, Mason was selected to be deputy chief of protocol at the State Department.

He was soon appointed as special assistant to the president of political affairs in the White House. While there, he attended the funeral services of Egyptian President Anwar Sadat, along with former presidents Jimmy Carter, Richard Nixon, and Gerald Ford.

In 1982, Mason resigned from his position in the White House and went on to become the vice president of Rogers and Cowan Public Relations, a talent agency for some of the biggest celebrities. Two years later, to promote the Jacksons’ Victory Tour, he worked with Don King.

In 1986, Reagan named Mason a special advisor to the President’s Council on Physical Fitness and Sports. Mason was the executive producer of the indie film, Sex, Lies, and Videotape, which was released in 1989.

In 1996, he became the chief executive of London Films, and launched the channel, Innergy in 1999.

It started as a partnership with musician Dave Stewart and was “the first channel of its kind in the world with programmes offering viewers help and guidance for self-empowerment. Its content will consist of documentaries and series as well as practical programmes and magazines, from great gurus and spiritual ways to success, to sacred sex and cooking programmes — in short all you need to lead a better, richer, fuller life.”

In 1986, Mason eloped with singer Belina Carlisle in Lake Taho. He also made appearances in his wife’s music videos such as “Mad about You” and “Heaven Is a Place on Earth.”

Talking about her husband, Carlisle said, “He’s a very evolved person and under all that, he always saw the person that he loved. He saw this divine person through all the crap. We also had a son together and [didn’t want to put him through divorce].” Mason and Carlisle’s son, James was born in 1992.