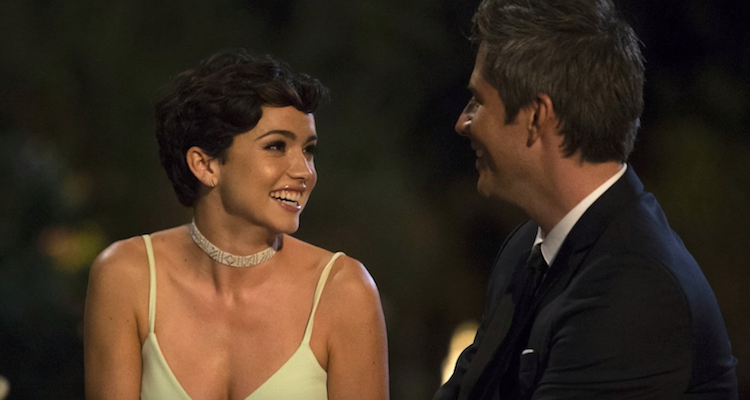 The Bachelor 2018 contestants are all trying to prove why they should be the one to win Arie Luyendyk Jr.’s heart. One of the standouts this season, Rebekah Martinez, has an Instagram account that is flooded with the 22-year-old’s pics. Take a look at some of the hottest ones right here!

Bekah Martinez has been talked about before the season even began —and not just for being the youngest of the 29 ladies. Sorry, 21 now that eight were sent home last night. Here are some of Bekah Martinez’s sizzling hot pics.

The Instagram sweetheart has 15k followers, and for a good reason! Bekah is very creative, and loves everything arty.

Bekah wants to have her own art studio some day, and she sees herself settled with a husband and kids. Sounds like the perfect dream, but is Arie perfect for her?

#3. Love Has No Boundaries

Bekah is only 22, which makes her the youngest contestant this season. The promos showed her breaking down in tears after other contestants commented on her age, but the premiere showed her as a confident young woman.

i just wanna post throwbacks cause i miss when my hair was light and my skin was perfect ?

Bekah is the first Bachelor contestant to sport a pixie cut, instead of the luscious long locks we typically see. It looks like she draws more than just her hairdo from Audrey Hepburn, as her style is comparable to the late actress!

Bekah works as a nanny, and though she proved to be more than just her age, people are still talking about the 14-year age gap between her and Arie. However, he already revealed that age is just a number to him, so it looks like she has nothing to worry about!

ok there's no way around it, this pic is basic af but at least i was ACTUALLY adjusting my top when it was taken

Whether or not she wants to be a model, Bekah has what it takes! Her pics are always on point, and she clearly mastered the art of smizing.

surrounded by white to amplify my tan ?✨

Only time will tell if Bekah will fall head over heels for Arie, or how far she goes. But, if the premiere is any indication, it looks like the two really hit it off.

when you catch tarzan looking at some other girl's coconuts

Bekah rode up to Arie in a ’65 Mustang, and said, “I may be young but I can still appreciate something classic.” If he did not appreciate that line, then we do not know what would!

Bekah loves to binge-watch TV shows, and replace her meals with “bags of popcorn.” Though bubble, she has been labeled as the “Corinne” of this season, because of her daring attitude.

if i call you a bitch…it's 'cause you my bitch

Bekah Martinez is showing Bachelor Nation that she is here to stay. But does Arie Luyendyk Jr. feel a spark? Watch The Bachelor Monday nights at 8:00 p.m. EST on ABC to find out!

naked little boy with a blanket – shot by @bry_nn