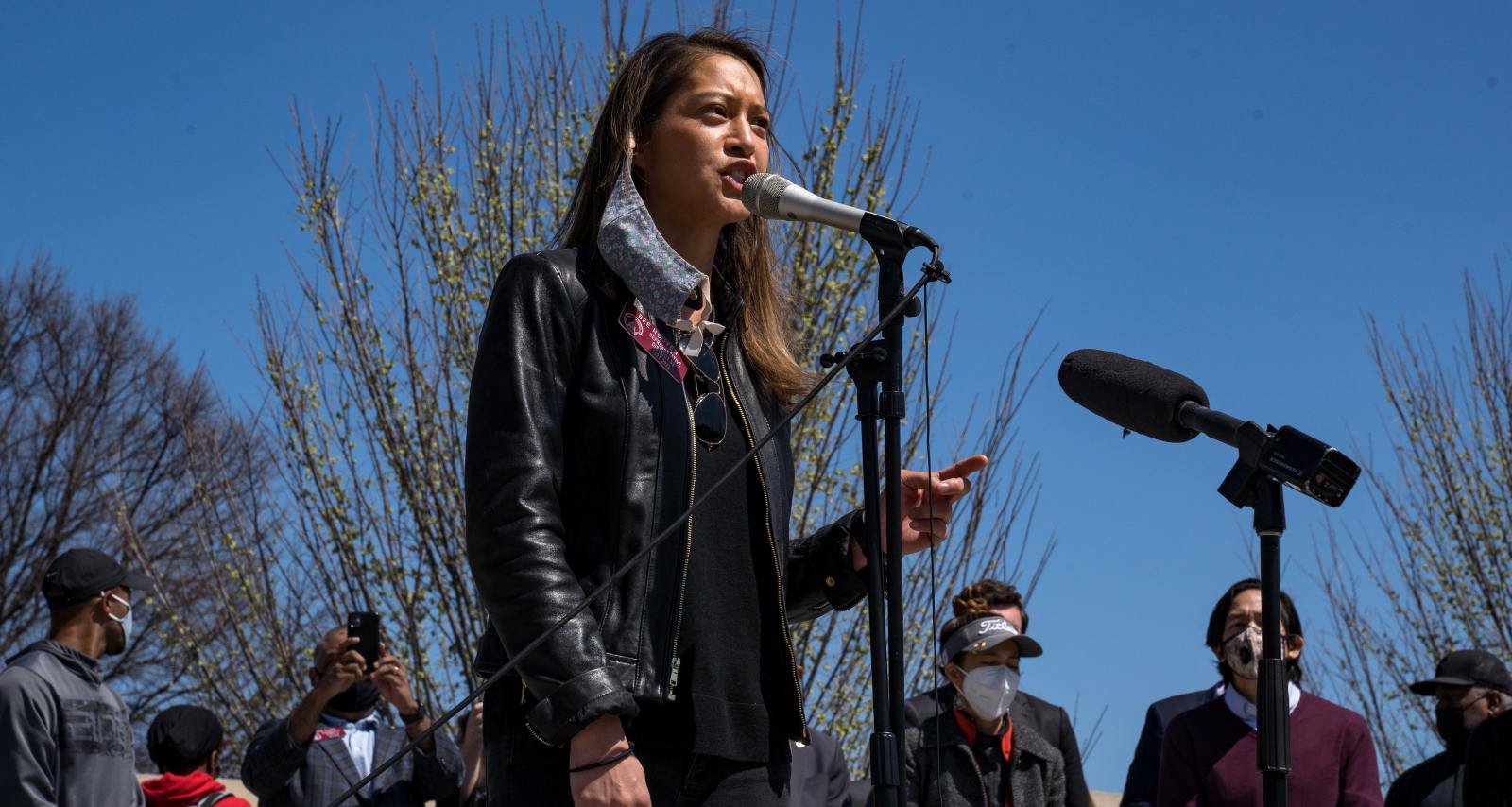 Bee Nguyen is a serving member of the Georgia House of Representatives. Immigration policy is one of the major platforms she brings to public discourse. Her family’s experiences and background as Vietnamese refugees are what drive her work. And she also has her family helping her in her advocacy for Asian-American rights. On May 4, Nguyen declared her candidacy for the 2022 race for George Secretary of State. Her new bid might just be the right push for her platform. So, we elaborate on the cause as we delve into Bee Nguyen’s family.

Bee Nguyen was born on July 18, 1981 in Iowa, and grew up in Georgia. She is of Vietnamese descent, and has often spoken about her parents’ experiences as refugees.

Bee’s parents were born in Vietnam. They had to leave their families behind when they fled the amid the civil conflict.

Her mother was one of seven children and dreamed of higher education and a job. Her father, Nhuan Nguyen, was a pharmacist in Vietnam and was held as a political prisoner for a few years in a reeducation camp.

The young couple fled the country by sea in the stealth of the night. Navigating the Indochina sea was dangerous, but they were rescued by a kind fisherman and they made it to a refugee camp.

Running for office was not part of my American Dream.

In the final stretch, I reflect on my family’s journey- from Vietnam to Thailand to Iowa to Georgia. Here we are in California, the trip my parents took in 1983. I’m the little one with the bad haircut. pic.twitter.com/MaPn1ilZvq

They lived in a Thailand refugee camp before making it to the U.S. President Jimmy Carter; Iowa’s Republican Gov. Robert Ray, who let thousands of refugees stay in Iowa; a priest with Catholic Social Services who made sure the family wouldn’t be split up; and an American couple, Dwight Frideres (Vietnam veteran) and Judy Frideres, who sponsored them made their resettlement possible. They were in Iowa and later moved to Georgia when Bee was young.

While her mother couldn’t fulfill her dreams from college (she’d left her credentials behind in Vietnam), her father did enroll in a college in the U.S. He graduated from Iowa State with a degree in chemical engineering when he was 30. He worked two jobs for most of his life until leaving one around 2014.


In a series of Medium articles Bee penned on her family, she said that her mother regretted leaving behind her family, especially her father. Years later, when Bee’s grandfather was grappling with the complications of old age, they brought him to the U.S. But their financial circumstances forced them to keep him in a nursing home that would shock traditionalist Vietnamese people.

Bee Nguyen is the second of five girls born to Nhuan Nguyen and his wife. The oldest, Betty, along with Phi, Kim, and an unidentified sister are also accomplished in their respective fields.

According to Bee, Betty was a “welfare baby.” She was conceived in the Thai refugee camp, but was born in the USA after their parents moved there. Betty Nguyen Davis, a wife and mom, is a personal injury attorney in Atlanta.

This is the only photo we have of mom’s family in Vietnam. The war splintered apart her siblings. After being ravaged by theft, imprisonment, rape and starvation, they fled to Germany, France, America. Like millions of other refugees, they risked their lives to escape oppression. pic.twitter.com/jyXeAQFdwc

Their younger sister, Phi, followed Betty’s footsteps to Georgia State University, and earned her JD five years after her. Phi is also a staunch advocate for immigrant rights as the litigation director of Asian Americans Advancing Justice–Atlanta and a co-producer of the Wake Up Atlanta podcast.

Bee’s parents hoped for her to pursue medicine, law, math, or the like so she’d not face the same poverty they grew up with. Instead, Bee chose to start a nonprofit straight out of college.

Athena’s Warehouse helped young, underprivileged girls get the resources they need to achieve their dreams. Bee’s sister Kim is a web designer who created the logo and website. Phi recruited speakers.