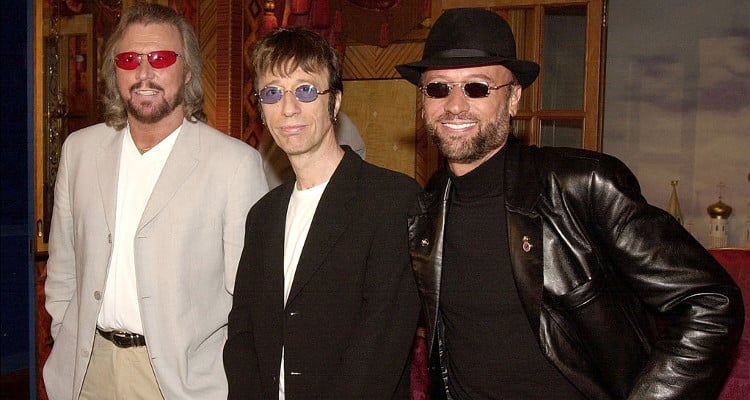 Few bands have lasted as long as the Bee Gees and fewer have contributed as much to music in the last five decades. At the Bee Gees tribute on April 16, stars came out to sing and celebrate the music of the Bee Gees. The highlight of the evening was the lone surviving brother, Barry Gibb, belting out some of their biggest hits.

The Bee Gees are an institution. They were formed in 1958 and over the next 50 years have given countless hit singles and albums that are still played today. Their classic line-up consisted of brothers Barry, Robin and Maurice Gibb, though their brother Andy Gibb and others have been members for short periods of time. Not many people would know this, but the Gibb brothers are considered the most successful song-writing team only after John Lennon and Paul McCartney. With hits starting from the 1950s, people want to know: are all the Bee Gees alive? Find out this and more from our Bee Gees wiki.

The Bee Gees’ musical journey started way back in 1955 when three brothers moved back to their father’s hometown of Chorlton-cum-Hardy, Manchester, England and formed the skiffle/rock n’ roll group the Rattlesnakes. The three brothers sang in harmony and did a few local shows before the Gibb family moved to Redcliffe, Queensland, Australia. There they changed their group’s name to the Bee Gees and slowly gained popularity from their live shows. In 1965, they released their first album The Bee Gees Sing and Play 14 Barry Gibb Songs which produced a minor hit “Wine and Women.”

Okay, I didn't feel old until they said it was the 40th Anniversary of Saturday Night Fever….Oy! #Beegees #BrothersGibb #SaturdayNightFever

Their career reached the next level when they were signed with Polydor Records for a five-year deal with Robert Stigwood as their manager. They delivered hit singles like “New York Mining Disaster 1941,” “To Love Somebody,” and “Holiday” making it clear to everybody that a major new talent had arrived. With the release of the iconic soundtrack album Saturday Night Fever, the Bee Gees became one of the most popular groups in the world. Their classic hits like “How Deep is Your Love,” “Stayin’ Alive,” and “Night Fever” are radio staples even today and a cornerstone of American urban culture.

The Bee Gees juggernaut continued to roll into the 1980s and 1990s with albums like E.S.P., One, Size Isn’t Everything, Still Waters and This is Where I Came In. Their songs like “You Win Again,” “The Woman in You,” “Secret Love,” “Paying the Price of Love,” and “Alone” put them back on the Billboard charts once again.

How Did the Bee Gees Die?

Tragedy struck the family when their youngest brother Andy Gibb died on March 10, 1988, at the young age of 30. Andy died of myocarditis, an inflammation of the heart muscle no doubt compounded by his drug and alcohol abuse over the years. On January 12, 2003, Maurice Gibb died of a heart attack as he was awaiting emergency surgery to repair a strangulated intestine. After some discussion, the two remaining brothers decided to retire the group. They worked on solo material while reuniting for some events under their Bee Gees moniker. Robin Gibb died on May 20, 2012, of pneumonia. He slipped into a coma, and his condition worsened after he woke. Barry Gibb is the lone surviving Bee Gees member.

To celebrate the huge contribution the Bee Gees made to modern music, a special, Stayin’ Alive: A Grammy Salute to the Music of the Bee Gees aired on Sunday, April 16, 2017 on CBS. A galaxy of stars performed at the Bee Gees tribute to recreate the magic of the last five decades. Some of the performers included Celine Dion, Demi Lovato, Ed Sheeran, Keith Urban, John Legend, Stevie Wonder, Panic! At the Disco, and Nick Jonas. The highlight of the event was when Barry Gibb himself came on stage to sing Bee Gees’ songs like “Jive Talkin’” and “You Should be Dancing.” It was a fitting end to a concert that celebrated the tremendous contribution of the musical family.