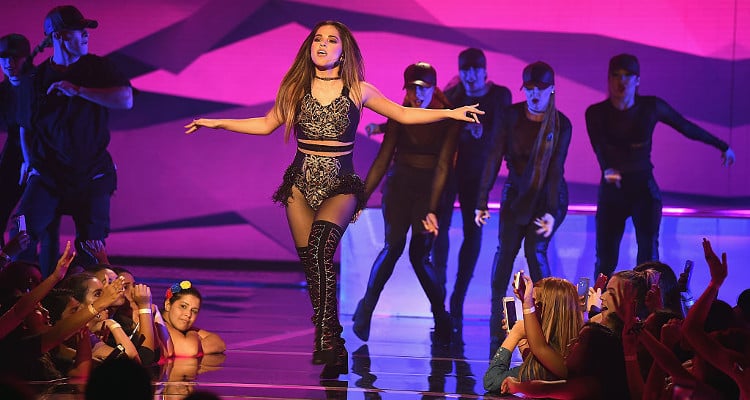 Aspiring starlet, Becky G has been making headlines, after she hinted at the release of her second album by posting an Instagram video on her official account. Here is everything you need to know about Becky G’s new album.

Singer Becky G made waves after her extraordinary voice got her noticed by none other than Dr. Luke, who landed her a record deal with Kemosabe Records. The petite 19-year-old quickly amassed a massive fan following, because of her immense talent and stunning looks. The singer, whose real name is Rebecca Gomez, is best-known for her catchy singles, “Becky from the Block,” “Can’t Get Enough,” and “Shower,” that made it to the top of worldwide charts. Becky G has embarked on a tour with fellow Latino artist, J. Balvin, and was recently nominated for a Latin Grammy alongside well-known artists like Jennifer Lopez, Thalia, and Shakira. Gomez released her EP, Play it Again in 2013, and followed it up with 14 singles that seemed to catapult her to stardom overnight. In a recent Instagram video, the singing powerhouse recently hinted at the release of her upcoming album. Scroll down to find out more about Becky G’s new album, as well as the video that was posted on Becky G’s Instagram.

Becky G’s Instagram video has quickly gone viral, garnering over 51,000 views in less than the three hours since it was posted. It looks like the video was shot in studio, and has taken her 5.3 million followers by surprise. It definitely looks like Gomez’s fans won’t have to wait too long before she announces the release date and title of her new album, as the video is captioned, “It’s going down. So excited for this album.”

It's going down. So excited for this album.

Becky G’s Instagram video shows the starlet hard at work in the studio with a friend, presumably taking a quick break before the release of her upcoming untitled album. She carries off the chic biker look well, complete with a black leather jacket accessorized with gold hoops, and a red bandana. Last year, Becky G released her debut Spanish single, “Sola,” which is rumored to be featured on her new album, followed by another Spanish number titled “Mangú.“