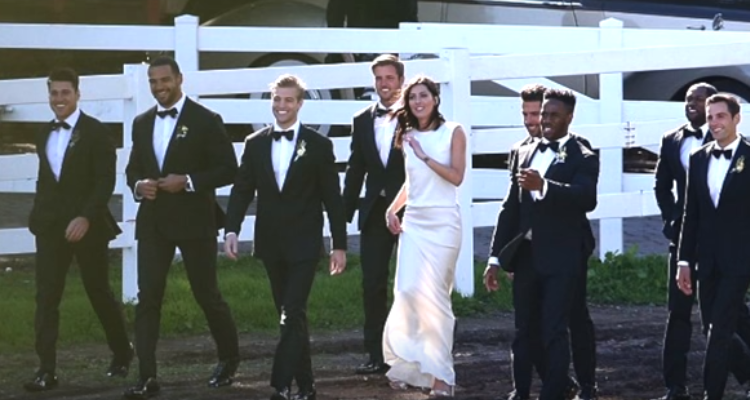 Are you ready for another season of The Bachelorette? It’s almost time for Bachelor Nation to see the first episode of the newest season and fans want answers! There’s no telling who will win yet but that doesn’t mean we can’t give you a sneak peek at the contestants! Our Alex Templeman wiki has all you need!

Fans are still waiting for The Bachelorette 2018 to begin and after the mess that Arie but Becca K. through, it seems she’s finally getting the attention she deserved. There’s no telling whom she will choose by the end of the season, but that doesn’t mean we can’t give you a head start! We’ve got some juicy details on one of Becca’s new hotties!

Who Is Alex Templeman?

According to Reality Steve, Alex, age 31, is from Atlanta, Georgia and went to Centennial High School, according to Facebook. In 2010, he graduated with a degree in construction management from Georgia Southern University. He also graduated from Southern Polytechnic State University, where he received his Master’s in construction management in 2015.

Garrett Yrigoyen from ”The Bachelorette:” Meet One of the First Guys Making an Impression on Becca Kufrin!

What Is Alex Templeman’s Job?

Whether you’re on TV or not, no woman wants their man without a job! Luckily, Alex doesn’t have that problem and happens to be a project manager for Greater Georgia Concrete, LLC. According to his LinkedIn account, he has over seven years of experience and has quite a few endorsements.

If you’re looking for pics of this Bachelorette contestant, then head over to his Instagram account. He’s all about family and having a good time with his sister, Lauren and her children Olivia and Tenley. Spoiler alert: He praises his mom for giving him and his sister their perfect smiles. (Seriously, his teeth are whiter than the Trump administration!) We wouldn’t be surprised if his perfect smile isn’t the first thing that Becca notices when he comes out of the limo. After all, you’re never fully dressed without a smile, right?

How many girlfriends can say their boyfriend has a yacht? Not many, which is what makes Alex one of a kind. It doesn’t take long to see that “Captain Colgate” has a serious love for boats and is often seen shirtless, smiling, and sailing. Could he be preparing to take Becca out on a date on his yacht? It sounds like a good idea—as long as she doesn’t get seasick!

According to Reality Steve, Alex will be on the green team on the group dodge ball date. There’s no word yet on how well he did, but we hope he has a healthy competitive side! While Becca may enjoy his athleticism, she’s more interested in someone she can connect with and his honest with her. Her guard will be up this year and getting engaged at the end doesn’t always mean what you think. We wish Alex well!