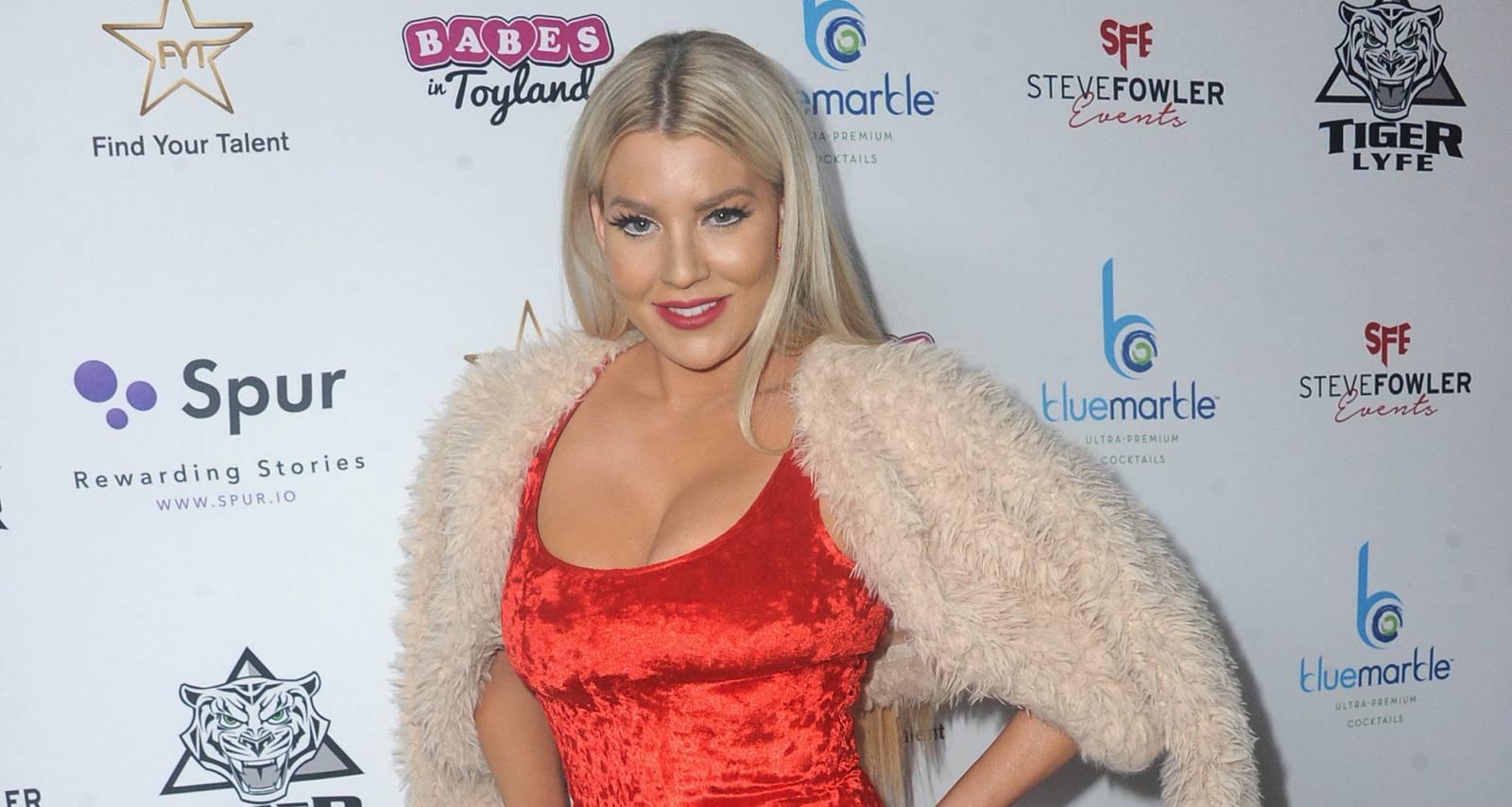 Chris Brown is making headlines today, August 31, after a woman brought the police to his house by making claims that he allegedly threatened her at gunpoint. When the Los Angeles Police Department arrived, they had a lengthy standoff awaiting Brown’s exit from his home. Chris Brown’s’ accuser is 24-year-old Baylee Curran. Who is Baylee Curran? People are now searching for, “Bayle Curran pics,” and want to know Baylee Curran’s age in order to find out more about her. If you want to know more about Baylee Curran and what happened yesterday at Chris Brown’s mansion, keep on reading these Baylee Curran wiki facts.

Some people are searching “Baylee Curran model Los Angeles,” and here’s why. Baylee Curran’s Twitter and Instagram reveal her to be a beauty pageant winner, however she was stripped of her 2016 Miss California Regional title in July for posting nude photos online. According to the contest’s Facebook page, “Miss Curran has been dethroned in July of this year due to breach of contract… We hold everyone in our organization to the highest standards in their moral values.” Yikes!

She is ‘Friends’ with Chris Brown

It seems the diva has been speaking to multiple media sources about the incident. She told TMZ the full story and shared her testimony with E! News, as well, though the two stories differ in a few ways. In audio recordings on each of the websites, Curran told the outlets she met Brown years ago through a mutual friend at a party. She claimed her and Brown hung out a few times since then, and at last night’s party she was having a great time with her girlfriends until the alleged gun threat incident.

She was Accused of Grand Larceny

If you’re searching “Baylee Curran grand larceny,” or “Baylee Curran theft,” here’s the scoop. Hollywood Life got a confirmation from the LAPD that on November 18, 2014 the pageant girl was at The Plaza Hotel in Manhattan with some friends, when they began to fight. In the police documents of the incident, a friend claimed Curran stole a Louis Vuitton purse from her, valued at $1,000. The purse contained $200 in cash, along with a Michael Kors wallet with credit cards inside, too. Curran stole the items and ran out of the hotel, while security chased her. Curran’s representative spoke to TMZ claiming it was another friend who stole the wallet and that she was innocent. But apparently, she currently has a warrant out for her arrest.

What Happened at Chris Brown’s House?

On Tuesday, August 30, Brown had a few friends over, including Curran and some of her girlfriends. According to sources (and her story) Curran went wandering around and inside Brown’s house there was a man selling diamond necklaces. She told E! News she was admiring a diamond cross necklace when a man with dreadlocks approached her telling her to step away from the diamonds and began pushing her outside. It was then that Brown arrived, allegedly pointing his gun, yelling at her to get out. When asked if she and her girlfriends were using drugs or drinking, she refused to comment.

After getting kicked out, Curran fled in fear and allegedly refused to sign a nondisclosure agreement offered by Brown, before making her escape. When police arrived at Chris Brown’s mansion, he made them get a warrant while he stayed in his house. He posted a video to social media expressing his feelings of frustration. When the warrant finally arrived, they charged him for assault with a deadly weapon. Before long, Brown posted the $250,000 bail and was released from jail. His attorney, Mark Geragos, posted a message on Twitter for Brown’s fans, “Chris is out and well. The allegations against him are demonstrably false. #TeamBreezy.”

No Shortage of Support for Brown

Brown received support from his fans and friends, including Ray J, who posted an Instagram video where he expressed his frustrations about the situation, “and how people can take a false story and blow it up into something way more than what it should be.” He expressed further frustration with the media being a war zone for people, where lies are told, and consequences are made before officials even know the facts.

According to Hollywood Life, Brown’s ex-girlfriend and pop star Rihanna was “nervous, scared and panicking over what was happening at Chris’ house.” The insight came from an unknown source, so we aren’t sure how valid the statement is as of yet, so stay tuned for updates!

It seems Brown is in no shortage of support! Do you think he’s innocent? Let us know your feelings on the situation in the comments below!